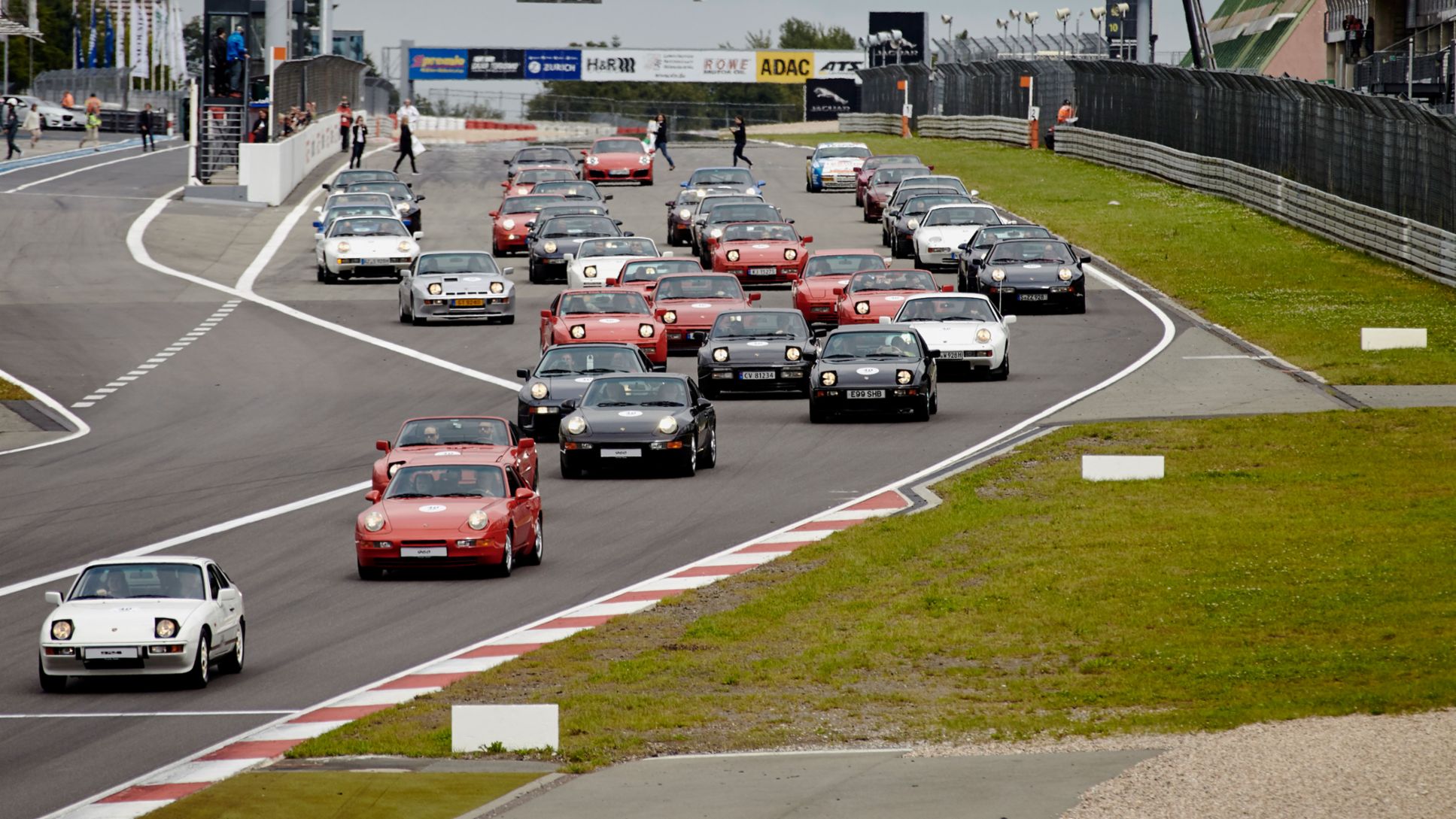 Excitement at the Nürburgring: At the 44th AvD-Oldtimer-Grand-Prix, spectators were captivated by a parade featuring over 100 Porsche vehicles. A look back at the history of Porsche.

To celebrate the 40-year anniversary of the transaxle models, more than 100 classic cars joined a procession around the event track on Friday as part of the AvD-Oldtimer-Grand-Prix. At the front of the parade was the Porsche 924 GTP 002, which had been comprehensively restored by selected Porsche Classic partners from the United Kingdom over the last 12 months. The multiple-time Le Mans winner Derek Bell was at the wheel.

For Ingo Frenkel, Vice President Customer Center at Porsche AG, the AvD-Oldtimer-Grand-Prix is a prominent day in his calendar. According to Frenkel, the event represents a truly special opportunity for Porsche to connect with customers and fans alike. “This year, alongside our brand, we focused particularly on presenting our comprehensive range of service and customisation options”, said Frenkel.

Porsche Classic appeared at this year's event under the banner of the 40-year anniversary of its transaxle models. In 1976, the sports car manufacturer from Stuttgart introduced the transaxle principle with the 924 model. This launch broke new ground as the engine was located at the front while the transmission was located on the rear axle. With the 924, 928, 944 and 968 models, Porsche built a generation of sportscars between 1976 and 1995 that moved away from the proven principles of the 911. However, these sportscars are now becoming increasingly popular amongst fans of old-timer models.

A wide range of transaxle customer vehicles from all series were on display at the stand, which was 14,000 m² in size. Along with these exhibition pieces, Porsche Classic also offered visitors an insight into the range of products and services available, including restorations and spare parts supply. Visitors had the opportunity to see selected new editions and products highlights from the comprehensive range of around 52,000 genuine parts, along with outstanding restoration projects. One particular highlight was the Porsche 911 2.5 S/T, a Le Mans class winner from 1972, which has been extensively restored as part of a customer order.

The market for classic vehicles has continuously grown in recent years, with historical Porsche models amongst some of the most coveted collector's items. Usually, the Porsche Classic experts deal with all model lines that were discontinued ten or more years ago. The main focus is on providing a trouble-free service as well as maintaining each Porsche classic's longevity and value. More than two thirds of all Porsche vehicles constructed remain on the road to this day. 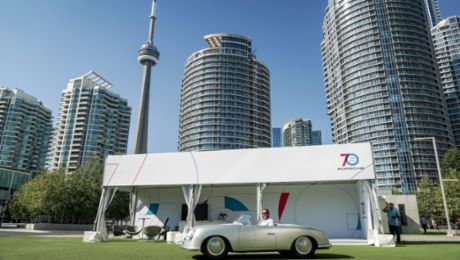