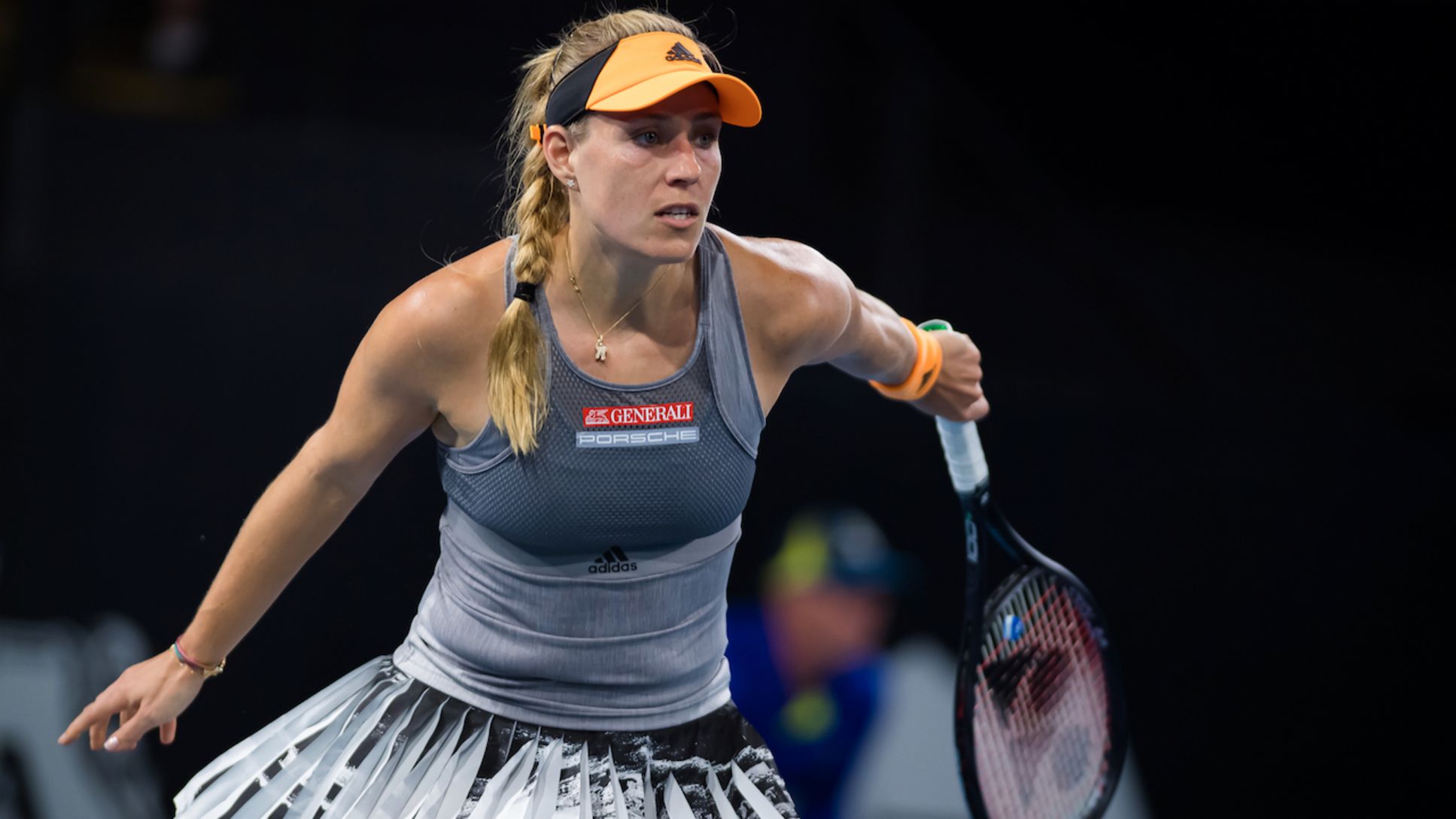 For the Porsche Brand Ambassadors, Angelique Kerber, Julia Görges and Maria Sharapova, the Australian Open, which begins in Melbourne on Monday, is the first highlight of the 2020 tennis season.

They are all aiming to go as far as possible but the situations the former winners of the Porsche Tennis Grand Prix are in ahead of the year’s first Grand Slam tournament could not be any more different. Julia Görges gained the necessary confidence for her first round match against the Slovakian Viktoria Kuzmova at the warm-up tournaments in Auckland and Adelaide saying that she wants to lay the foundation in Melbourne for a return to “where I once was, namely back in the Top 10.” After a lot of bad luck with injuries, Maria Sharapova, who will kick off her tournament campaign against the Croatian Donna Vekic, is battling with plenty of energy in her efforts to enjoy a successful return to the WTA Tour. And Angelique Kerber, who had to retire due to injury a week ago in her second-round match in Adelaide, has high hopes of being fit in time again for the Australian Open. She has been drawn to face a qualifier as her first opponent.

“I’d liked to have played a few more matches”

“It wasn’t the preparation I wished to have for this tournament. I’d liked to have played a few more matches,” said the German. She is celebrating her 32nd birthday today, Saturday, and her wish was for her practice session to be scheduled so that she “could have a sleep in and then enjoy a nice relaxed breakfast”. In recent years, the tournament was already underway on her birthday, but in this case, she is happy to go without the regular “Happy Birthday, Angie” celebrations with the Melbourne fans. “It’s nice that I don’t have to look at the clock this time and can return a bit later in the evening.”

The Australian Open is a quite special tournament for Angelique Kerber. In 2016, she claimed her first Grand Slam win in Melbourne in the final against Serena Williams. At the time, she had already been a Porsche Brand Ambassador for a year – a role she sees as being a “big honour”. “No matter on which continent or in which city I am, I feel the huge excitement that the Porsche brand arouses every day anew,” said the two-time winner of the Porsche Tennis Grand Prix (2015 and 2016). Her favourite model? “I’ve already been able to drive a few models, but for me the 911 is an icon standing for the Porsche feel like no other car.”

“The first match at a Grand Slam is never easy”

For starters, the comeback at the Australian is now the first priority for Porsche Team Germany’s top player. She is glad she is due to play her opening match in Melbourne on Tuesday. By then, she is confident the muscle tightness in her thigh, which caused her to withdraw from the final of the Hawaii Open in December, will hopefully have cleared up. She has travelled to Australia with Dieter Kindlmann as her new coach (“a relaxed guy who knows his way around the tour and also knows how everything works) and even appears to be very calm during her first public appearance in Melbourne. “Injuries happen in sport. I have to deal with them and inject all my strength and the positive energy this tournament has given me in the last years into a good comeback,” she says. The fact that her first opponent will be a qualifier does not necessarily make her tournament entry any easier: “The first match at a Grand Slam is never easy, no matter who you play.” Her aims for the season go much further than just good matches at the Australian Open. “I want to go through the year healthy and injury-free,” she says. “For me, it’s the basis if I am to produce good performances consistently.”

“I’ve missed the fans and the competition”

Maria Sharapova is also pinning high hopes on having a successful start to the season at the Australian Open. Due to persistent shoulder problems, the 32-year old Russian only played a total of 16 matches on the WTA Tour in 2019. The thing she missed most of all last year when she hardly played any tournaments and, at best, was only able to practice, and often not even that? “I missed my fans and the competition,” she says “They were tough times as I love what I do. It’s something everybody can see when I’m on court.” Now the former world No. 1 is looking forward to finally playing again at the highest level as she says she still feels, “the fire within me and a big motivation.” She is delighted to be back on the tour and at the Australian Open which she won in 2008. What are the aims she has set for herself this season? “I want to feel good again on court and not experience any pain,” she says. “If I can do that and play better in every match than the one before, then I’ll be very happy.”

One tournament the five-time Grand Prix winner does not want to miss under any circumstances is the Porsche Tennis Grand Prix in Stuttgart which she won in 2012, 2013 and 2014. “It’s one of my favourite tournaments,” she says. “The other players also love to play in the Porsche Arena. The crowd is fantastic and creates a wonderful atmosphere no matter who’s on court. It’s a fantastic week for all of us and great preparation for the French Open.”

Of the Porsche Brand Ambassadors, Julia Görges had the best start to the season. At the warm-up tournaments in Auckland and Adelaide, she was able to get the match practice her counterparts still lack. “On the whole, I feel very good on court, my performances were fine,” she says. “In as much, it was definitely a good start.” The 31-year old German is setting her sights high for 2020. Climbing back into the Top 10 is her big aim. To achieve it, she will have to go a long way at the major tournaments like now at the Australian Open. She has laid the foundations when preparing for the new season. “I feel good and hope I can transfer it to the court,” she says. As she wants to play even more successfully at all the Grand Slams in particular, she has added Jens Gerlach – she has already worked together with him positively when playing for Porsche Team Germany in the Fed Cup – to her team as her new coach: “He has already led Anastasia Myskina to the French Open title, and therefore knows what it takes to successfully absolve seven matches in succession.”

“Since the win at the latest, Porsche has taken up a quite special place in my heart." Julia Görges, Porsche Brand Ambassador

Julia Görges has been representing Porsche as a Brand Ambassador since 2018. “I have had a quite special relationship to Porsche ever since 2011 when I won the Porsche Tennis Grand Prix. It was my first big success, basically the start of my career,” she says. “Since the win at the latest, Porsche has taken up a quite special place in my heart. It’s why I’m very proud of how the company has developed in recent years and how Porsche commits itself to taking responsibility and prioritising sustainability when manufacturing its cars.”

“The atmosphere in Melbourne is unique”

The Australian Open is her favourite tournament. “The atmosphere in Melbourne is unique. The spectators are fantastic, the small but vociferous German colony also creates a great atmosphere,” she says. “I love Australia and feel almost at home in the country, even though it’s so far away.” The situation with all the bush fires in Australia is depressing her all the more. “The impact on the people and animals that have been affected is horrendous. In view of the catastrophe, tennis becomes only something minor. I’m therefore delighted about the willingness of many players to help to alleviate the plight of all the victims and support the selfless emergency services workers by making donations.” 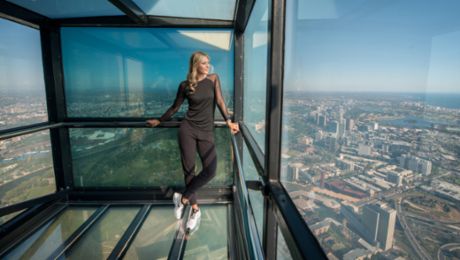 Porsche brand ambassador Görges: “A special place in my heart”

An interview with Julia Görges just before the start of the Porsche Tennis Grand Prix.