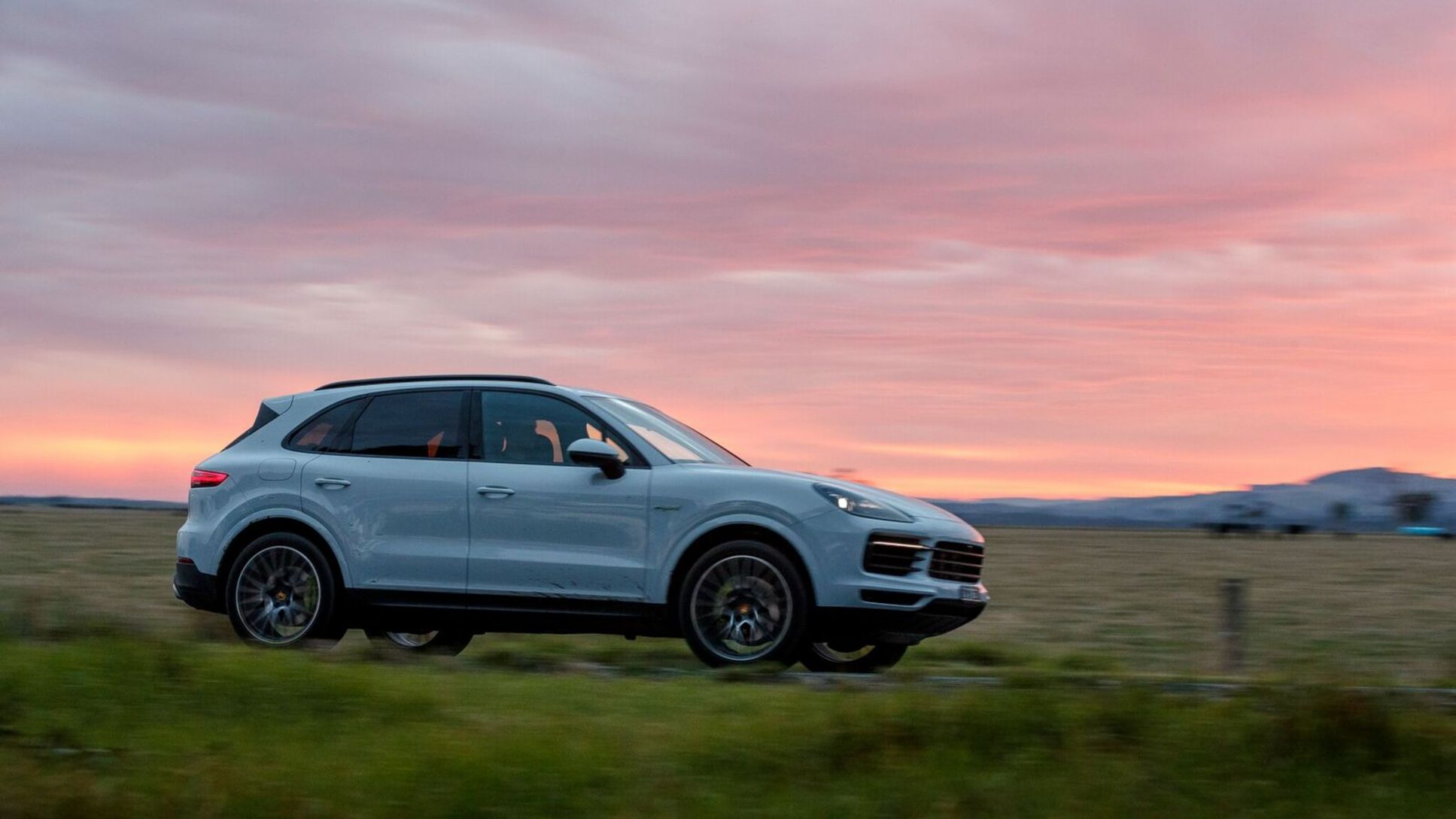 Just three centimetres - that’s how far below the surface of Victoria’s dirt the world’s largest gold nugget was discovered - at the base of a tree beside a track in the tiny town of Moliagul. It might not seem like the most obvious place to stumble upon an unimaginable fortune, indeed, one of the hundreds of nearby deep mine shafts that litter Bulldog Gully to this day would seem like a more likely spot for the Welcome Stranger to be hiding, but there it was, all but glinting in broad daylight.

In Victoria, the bounty isn’t always where the rainbow ends and never is that more true than the state’s incredible produce network. Think Victorian food and drink, and your mind might immediately take you to the Yarra Valley, Mornington Peninsula or Great Ocean Road regions. A trip along any of these beaten food trails will not leave you disappointed or peckish, but what about the path less travelled and Gippsland’s stunning smorgasbord?

Of course, you’ll need something to take you there and a German sportscar might, once again, not seem like an obvious choice, but what if that high-performance vehicle happened to be the Porsche Cayenne E-Hybrid? Under its handsome exterior it has 210mm of ground clearance and four-wheel drive for tackling farm tracks or more serious terrain, there’s up to 1610 litres of boot space so you don’t have to leave behind a single case of red and, most importantly, this version is a plug-in hybrid, which means environmentally you’ll tread lightly wherever you go.

Until Porsche offers an autonomous Cayenne we’ll need a guide and Gippsland food and drink ambassador Alejandro Saravia is, at least, one obvious choice you would be forgiven for requesting. We hit the road early.

Not content simply running a pair of bustling restaurants – Pastuso in Melbourne and Uma in Perth – Alejandro, or Ale to those who know the Peruvian-born chef, is nearly ready to launch his latest venture – Farmer’s Daughters – a food and drink institution in Melbourne with a focus on bringing Gippsland’s finest from ‘farm to table’. And he knows this part of the world like the back of his heavy Tasmanian leather apron.

The first stop couldn’t be more quintessentially rural. A winding lane cuts through the first misty light of day and impossibly pretty hills, before leaving the asphalt and climbing to a ‘micro dairy’ operated by Rob.

Surprisingly well travelled – he has another trip to Canada planned soon – Rob’s initial gruff reception defrosts to friendly, humorous banter. Then we are met by Rachel, who sources the dairy’s milk to provide the key ingredient in Butterfly Factory unhomogenised milk, cultured butter, cream and yoghurt. Decanting 200 litres of milk into 20-litre drums twice a week seems unnecessarily involved, but she explains with a chuckle “everything I do is labour intensive”. The business was born when, one day, her milk separator broke and the resulting ‘whole’ milk was irresistibly good. A sample of the finished products confirms it. Absolutely delicious.

After cruising the relatively short trip (100km) east out of Melbourne, the Cayenne still has half of its lithium ion battery ready to send pure electric power to all four wheels and it seems prudent at this hour of the day to creep out of the dairy under silent, emissions-free propulsion.

When he flicks the dial to Sport Plus... it’s obvious the Zuffenhausen bug has bitten again

A quick stop into The Grove to pick up a cracking drop of peppery, deeply green olive oil and a crusty sourdough is essential says Ale, but we don’t hang around long. It would be easy to saunter through the beautiful groves all day or inspecting the new educational facility Anthony and Tracey have just completed, but one mention of the prolific Tiger snake population is enough to keep us moving.

The roads out here aren’t just aesthetically pleasing, they are also a pleasure to negotiate, especially when at the wheel of a Porsche. Yes the Cayenne is a large SUV but it takes DNA from the company’s range of coupes and convertibles and that means it can carve a corner like nothing else that sits this high above the road.

And for those that think the word hybrid is a synonym for soporific, the Cayenne E-Hybrid’s turbo V6 is out to obliterate that misconception too. With the drive mode dial licked from Electric, through Hybrid to Sport, the combination of petrol and electrical power is scintillating. Zero to 100km/h acceleration in five seconds is more than enough to enable our arrival at the Loch Brewery and Distillery comfortably before lunchtime.

Its founder Craig has not recently jumped on the booming Australian gin industry and has been meticulously crafting spirits here for seven years.

The cellar is part business, part pool room with a turntable, eclectic selection of vinyl and some Australian-made cooper’s tools. Like everywhere Alejandro has lead us, the personalities are infectious and the fascinating stories long outlast the tastings, but the Cayenne is an enticing distraction and there’s one more stop to make.

Ale asks if he can stay behind the wheel for this next leg and it becomes clear why he went easy on the gin sampling.

When he flicks the dial to Sport Plus and blasts off seeking not the most direct route, it’s obvious the Zuffenhausen bug has bitten again, but before we know it (not sure what the speed limit is in Peru, but at least Ale knows the roads) we arrive at our final stop and collect one more ingredient.

Paul and Sam’s Gippsland Natural Angus beef farm overlooks Corner Inlet with views of Wilson’s Promontory and is breathtaking in every direction. The cattle assemble about the Porsche before our drone scatters them, and Ale has already started a fire, prepped dinner and cracked a beer.

The ensuing banquet of ridiculously local produce, prepared with the same passion and care as its producers is, as you might expect, divine but Gippsland’s incredible fruits are not just exceptional in quality, they are the ethical choice too.

Rachel’s incredible dairy products travel just a few kilometres from the cows that produce the milk to the point of sale, Craig’s ornate gin still runs not on coal power from the nearby Latrobe valley but exclusively on solar energy, and Paul and Sam’s beef is such a successful part of the carbon-neutral beef initiative that they are considering trading credits.

And so it goes that a large SUV with room for five adults in comfort, the performance you’d expect from a Porsche and an almost teetotal appetite for fossil fuels might also seem like a paradox, but like the often overlooked Gippsland region, the Cayenne E-Hybrid is a brilliant nugget just waiting to be discovered.

The roads out here aren’t just aesthetically pleasing, they are also a pleasure to negotiate, especially when at the wheel of a Porsche.

Jock Zonfrillo: Food for thought - Are you what you eat?

Eating responsibly - How firebrand Adelaide chef and Porsche enthusiast Jock Zonfrillo is helping shape Australia’s food future by looking deep into its past.

Porsche has increased the battery capacity of all its Cayenne plug-in hybrid models. 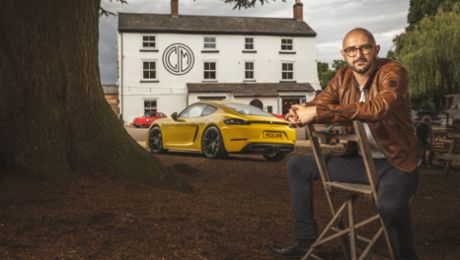