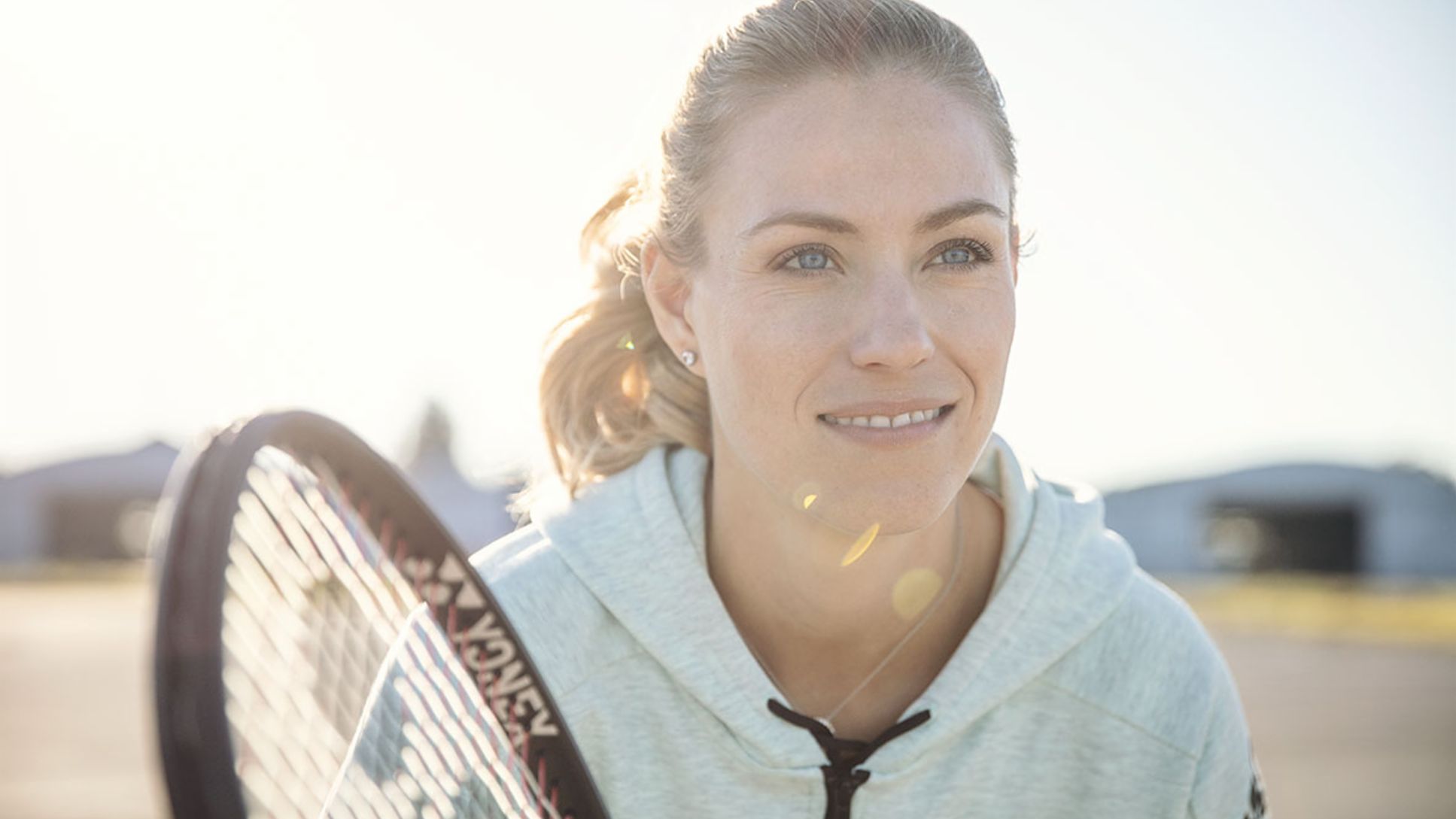 The 2018 WTA Finals in Singapore will bring Angelique Kerber’s successful tennis year to a close. As one of the season’s eight most successful players, the Wimbledon champion will contest the WTA Tour’s prestigious year-end tournament where there is prize money totalling seven million dollars at stake from 21 to 28 October.

“I’ve got a score to settle in Singapore,” said the Porsche Brand Ambassador who is looking forward to the challenge in the Asian metropolis: “The WTA Finals are the ultimate challenge in our sport.”

It was a fantastic comeback for Angelique Kerber. After many setbacks and disappointments in 2017, the 30-year old German returned to the WTA Tour with renewed confidence. In January she won the WTA tournament in Sydney, in July she celebrated her biggest career-win when claiming the Wimbledon title. Before the WTA Finals she spoke about...

...the fascination of Singapore:

“A great city where there’s a lot to discover. Even though the focus is obviously on preparing conscientiously for the WTA Finals, I’ll naturally go out every now and again. Singapore is not a city where you hang around in your hotel room watching television.”

...the status of the WTA Finals:

“The WTA Finals are one of the season’s top highlights together with the Grand Slams – with the difference that you meet a Top 8 player in the very first match. There are no easy opponents, it’s tough right from the start. You have to be fully concentrated from the word go and play one’s best. Coming at the end of a long season, the tournament is the ultimate challenge in our sport.”

...her aims and chances:

“I’ve got a score to settle in Singapore. After performing so well over the whole year to reach the WTA Finals, every player can also win the title. There’s no favourite and no outsider. That’s the allure of the tournament. For us players, but for the fans too. The win there is still a career to do for me and it would be the perfect end to an excellent season.”

...the time between euphoria and disappointments:

“I’m often asked whether, after my terrible year in 2017, I ever thought I travel to the WTA Finals as the Wimbledon champion. All I can say is that such thoughts never entered my mind. The time was also too difficult, too many things were swirling around my head. First, there were the memories of 2016. It was a fantastic year for me, one in which I topped the world rankings and won the Grand Slams in Melbourne and New York. You just can’t prepare for the turbulence you encounter after such highlights. 2017 was a difficult year, but also an important experience. I’ve learnt from it. In the meantime, I think I’m better equipped to deal with such a situation.”

“I’ve matured as a player and as a person, for sure. I’m also convinced that if I hadn’t had gone through the phase then I wouldn’t now be the Wimbledon champion.”

...her path to a successful comeback:

“I didn’t play well in 2017, no question. However, I wasn’t so far off being in good form which was perhaps apparent on court. I hadn’t after all suddenly forgotten how to play tennis. I knew I had it within me and showed it in practice. But in a match, one or two points often decide whether you win or lose, Normally, I know what I have to do in crunch moments. But back then I lacked the feeling. In 2018, I concentrated on my strengths once again and started enjoying my tennis again. It had always been the key to success for me.”

...her win in Wimbledon:

“The win was pure joy. Even now a few months on, the emotions come flooding back. It took a bit of time for me to come to terms with everything. I wanted the win so badly. I stood in the final back in 2016 and now I’m so happy that I actually took my second chance. Holding up the silver dish was the moment I had always dreamt about. There’s no words for it.”

“It’s not something I really think about. I’ve already experienced the wonderful feeling once before. I’ve naturally got nothing against getting to the top once again. In Wimbledon, I once again realised that our sport is not all about the world rankings. Getting to a major final, going head-to head against the world’s best players on the big stage like now at the WTA Finals, they are the moments along with practicing and competing that you get up for in the morning – also when it sometimes hurts.”

All about the WTA Finals 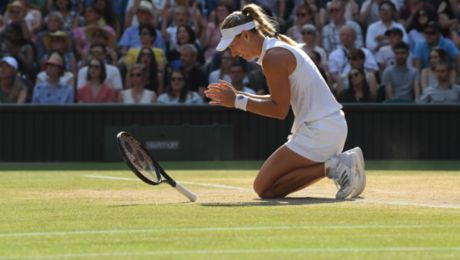 Kerber has beaten Serena Williams 6-3, 6-3 in the final to win the world’s most prestigious tennis tournament. 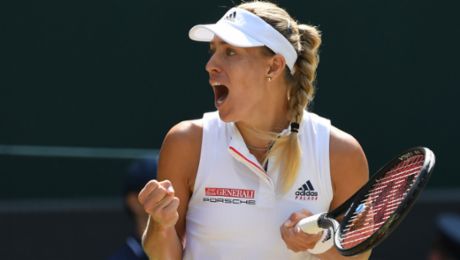 The Porsche Brand Ambassador has made it to the final of the world’s most important tennis tournament.