Music journalist Niko Hüls took a Porsche Panamera on a trip to the roots of hip-hop in Germany – and met up with the most formative influences, disciplines and personalities of this urban youth culture. After the first stop of the tour in Munich, the journey continued to Heidelberg.

“Advanced Chemistry”, released in summer 2016, is the title of the highly acclaimed fourth studio album from Beginner, rap crew centred around Jan Delay, Denyo and DJ Mad. On this hugely successful record by the boys from my hometown Hamburg, the trio pay homage to 1990s “deutsch rap” – and specifically the group with the same name as the record led by Toni-L, Torch, Linguist, Gee-One and DJ Mike MD. In the early years of German hip hop, Advanced Chemistry, or “AC”, became the voice of a growing youth culture and the reason why successive generations would choose this culture to express themselves – and build a career. The fundamental hip-hop concepts of rap, DJing, breakdancing and graffiti have always remained at the centre of this culture.

Advanced Chemistry: greater than the sum of its parts

Advanced Chemistry from Heidelberg was not primarily a pure rap crew, more an amalgamation of different elements of the culture, which essentially formed the blueprint for proper understanding of hip-hop. The joining together of different molecules to become more than the sum of the individual parts – this is the meaning behind the band name, which originated in the UK and under which the 1992 single “Fremd im eigenen Land” (Foreign in my Own Country) was released, the first real hit for underground “deutsch rap”. It's a matter of honour that Heidelberg and Toni-L, aka "The Godfather", should definitely feature in my hip-hop journey through Germany.

“I have a green passport with a golden eagle on it…” – with this opening line, German-Italian Toni-L, German-Haitian Torch and the rest of the crew would not only shape early “deutsch rap” history, but also create a political symbol for a free Europe. The movement was firmly rooted in Heidelberg, which – thanks to AC associates the Stieber Twins and Boulevard Bou – to this day is still a stronghold of German hip-hop culture.

For our road trip in the Porsche Panamera, it was without question that the city on the Neckar river simply had to be part of the route. We wanted to visit those places where hip-hop put down its roots. Places like the small record shop in the old town, where probably the most important German rap albums are lovingly curated on vinyl. Or places such as the Karl Theodor Bridge, where the video for “Foreign in My Own Country” was filmed, or the alley featured on the cover photo for the single.

To complement our visit, Toni-L and his father had organised their own little tour of Heidelberg for us, taking in the picturesque old town with its castle ruins to the prestigious university, via the former home of Toni-L, the theatre where he is once again on stage and his brother-in-law's cocktail bar.

It feels like this city in Baden-Württemberg exudes heritage from every corner. What had its beginnings in Heidelberg at the end of the 1980s cannot be dismissed as just the “early years of hip-hop” (and nowadays known as “old school”), as it has shaped more than just one generation of German music history. What was being celebrated by Toni-L, Torch and the rest of the band on the streets of the old town was the birth of a youth movement which is stronger today than ever before.

Whether you're in a jam or cruising along, music can be a crucial factor in striking the right work-drive balance – just like the right vehicle. The pleasure of being behind the wheel can turn a stressful journey to an appointment into a positive experience. The Panamera is both a comfortable saloon and sports car rolled into one – the perfect vehicle for the Porsche hip-hop tour. To create the right work-drive balance, Niko Hüls has also created a playlist featuring “Foreign in my Own Country” from Heidelberg legends Advanced Chemistry. 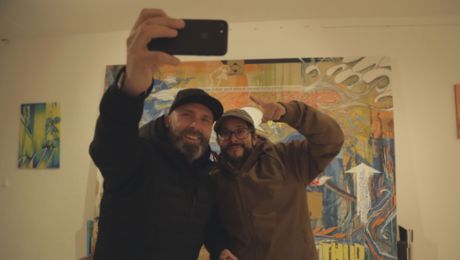 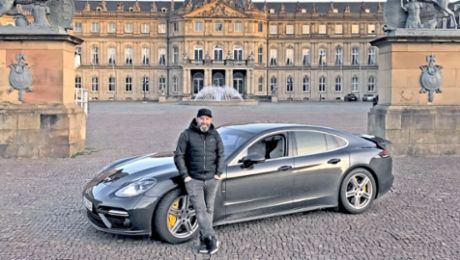 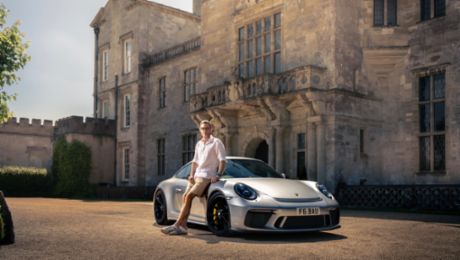