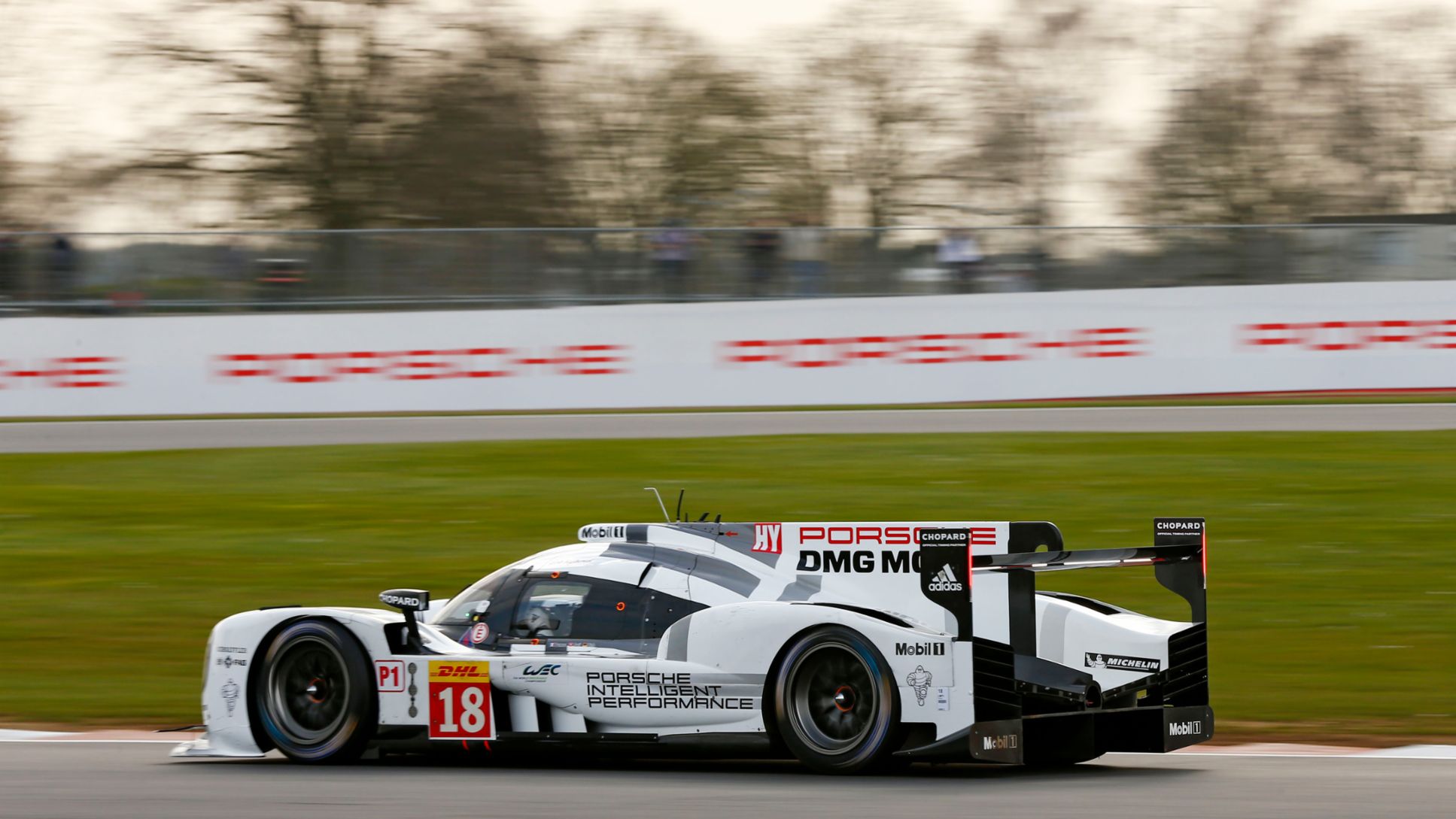 Porsche is going to race the 919 Hybrid for the first time on home soil. From August 28 to 30 the fourth of eight rounds of the FIA World Endurance Championship will be held at the Nürburgring.

The six-hour race in the Eifel mountains is the first ever appearance in Germany for the WEC which has run since 2012. In the field of 31 cars, Porsche is entering two of its Porsche 919 Hybrids in the top category LMP1 (class one Le Mans Prototypes). The racing research laboratory for future sports car technology is powered by a downsizing two-litre V4-cylinder turbo charged petrol engine and an electric engine which is fed by two energy recovery systems (brake energy from the front axle and exhaust energy). This unique and ground-braking power train temporarily turns the 919 into a four-wheel drive car with around 1,000 hp system performance.

After two six-hour races, at Silverstone (GB) and Spa (BE), the Porsche 919 Hybrid went on to win the Le Mans 24 Hours on June 14th. It was the 17th overall victory for Porsche at this endurance classic; no other brand has such a tally. For the winning drivers – Earl Bamber (NZ), Nico Hülkenberg (DE) and Nick Tandy (GB) – Le Mans was the last race in a 919 at least for this season because Porsche doesn’t enter a third prototype in the remaining rounds of the World Championship. Nevertheless the original winners’ car will be at the Nürburgring, exhibited at the “Ring Boulevard”, and the drivers will be around too. Earl Bamber (Porsche 911 RSR, class GTE Am) and Nick Tandy (Oreca 05, LMP2) race in the WEC while Nico Hülkenberg will be visiting the team.

On the race track Porsche retains its permanent driver line-up. The number 17 car will be shared by Timo Bernhard (DE), Brendon Hartley (NZ) and Mark Webber (AUS). These three drivers came second at Le Mans to secure a one-two victory for Porsche. The number 18 sister car will be in the hands of the trio which won the first race ever with the 919 at the 2014 season finale in Brazil: Romain Dumas (FR), Neel Jani (CH) and Marc Lieb (DE), pole setters at Le Mans this year.

In addition to the Porsche 919 Hybrid’s two race wins (Interlagos 2014, Le Mans 2015) the car has scored nine further podiums – four second and five third place finishes. The car has entered eleven races in total since the beginning of the 2014 season and started from pole position seven times. In 2015 so far, a 919 took pole in every race. At Le Mans the Porsche team even locked the grid with a one-two-three. After three out of eight rounds, and with the double points for the one-two victory in Le Mans, Porsche leads the manufacturers’ World Championship, 140 points ahead of Audi (124) followed by Toyota (71). In the drivers’ standings Dumas/Jani/Lieb are in fourth place, followed by Bernhard/Hartley/Webber in fifth.

After the three 919s at Le Mans appeared in three different colours, the two race cars are now white again. This is not the only visible change: around 80 per cent of the bodywork is new. An aerodynamic package for high downforce has replaced the Le Mans low downforce configuration.

Fritz Enzinger, Vice President LMP1: “We are looking forward to our home race at the Nürburgring very much. The WEC takes on the great heritage of the 1000 kilometre races, in which Porsche was so successful and we will see many fans and Porsche employees on site. The brand and the “Ring” have very close ties, not least because the neighbouring “Nordschleife” is still the ultimate test ground for our road-going sports cars. After we scored the one-two win at the season’s highlight at Le Mans, our focus is now on World Championship points.”

Alexander Hitzinger, Technical Director LMP1: “For the 919, preparation for Le Mans was the first priority. The aero package with which we began the season in Silverstone was a targeted compromise on our way to the 24 Hours. Only when this configuration was in place, did we go on to develop an aero package with higher downforce for later. This was initially tested from August 18 to 20 at the Circuit de Catalunya near Barcelona and will go racing for the first time at the Nürburgring.”

Andreas Seidl, Team Principal: “We have been using the weeks after Le Mans for technical development work as well as implementing some structural changes we had planned. For months the team was working to the limits. Thanks to the additional manpower we took on board to prepare and operate the third car in Spa and at Le Mans, we have now been able to set up a test team. This should help to relieve the crew to a certain extend for the rest of the season. There are five six-hour races to come in which we will fight for every single championship point.”

Please find quotes of the drivers in the press release on the left.