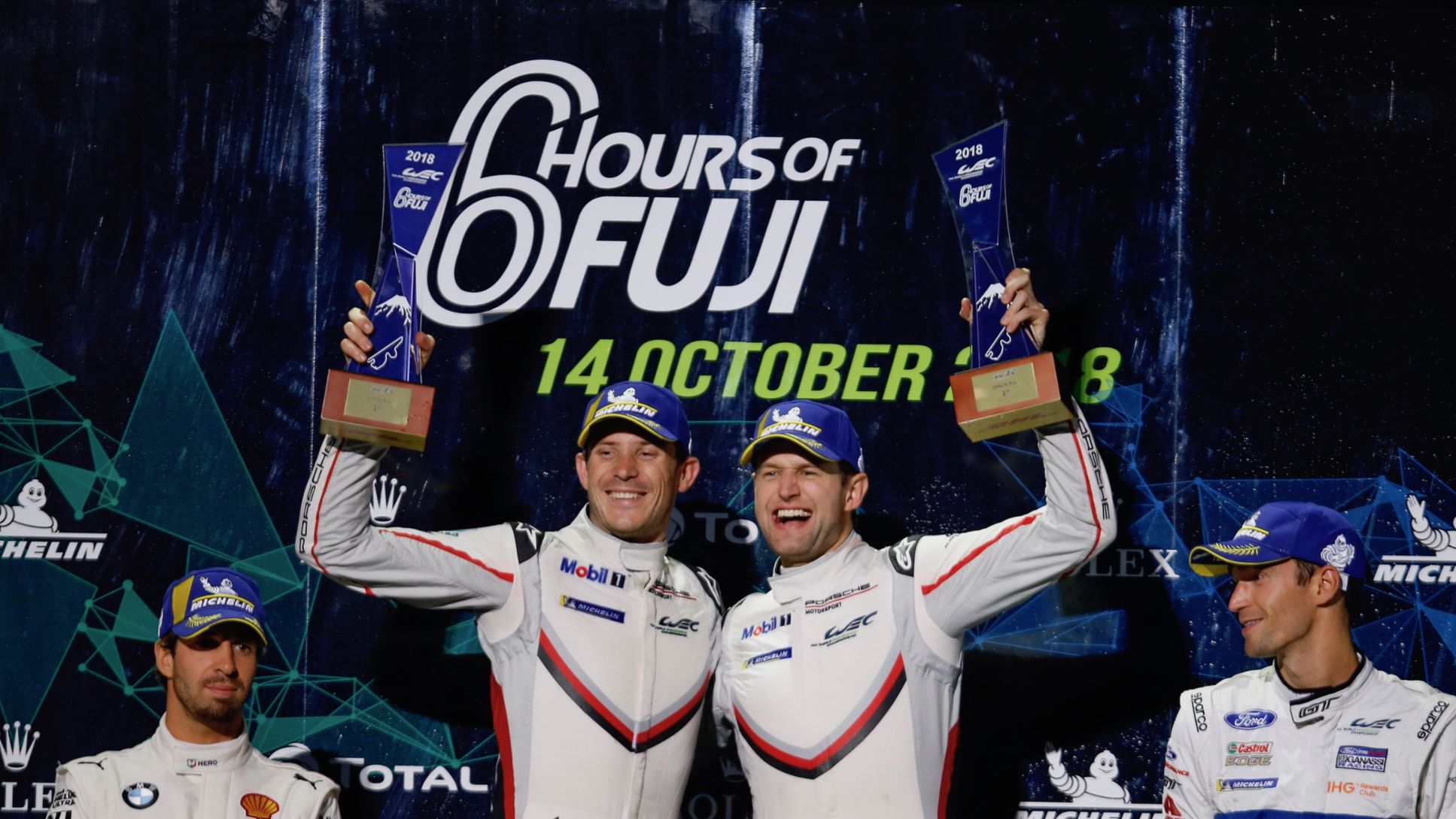 The Porsche GT Team has won the six-hour race at the Fuji Speedway in Japan. At round four of the FIA WEC World Sports Car Championship, Kevin Estre and Michael Christensen crossed the finish line in first place in the GTE-Pro category with the Porsche 911 RSR.

The sister car driven by Richard Lietz (A) and Gianmaria Bruni (I) concluded the race in fifth place. With this, Porsche has extended its lead in the manufacturers’ and drivers’ classifications. Porsche also won the GTE-Am category on Sunday: The newcomer team Project 1 with Porsche works driver Jörg Bergmeister from Germany, Patrick Lindsey (USA) and Egidio Perfetti (N) secured its maiden victory in the WEC.

Ten vehicles from five manufacturers made a bid for victory in the GTE-Pro class under changing weather conditions. After drizzle fell in the first hour of the race, the track slowly dried during a 30-minute safety car phase. After an early switch to slicks, Estre (F) and Christensen (DK) concentrated on working their way through the field. With an optimal setup and a clever pit stop strategy, the French-Danish duo systematically reeled in the frontrunners. With about 1.5 hours to go, Christensen swept into the lead. At the final pit stop with a driver change, the Porsche GT Team again timed things perfectly and Estre went on to take the flag in first place. Scoring fifth place on the 4.563-kilometre racetrack, the sister car earned vital points, however Bruni and Lietz struggled with a less than perfect pit stop and deteriorating tyres towards the end.

Round five of the FIA WEC World Sports Car Championship takes place in Shanghai/China on 16 November.

Alexander Stehlig (Program Manager Factory GT Motorsports): “After the disappointment with the qualifying results, today was a great day. It was a hugely successful weekend for Porsche with the victory at Petit Le Mans in the USA and the two successes here at Fuji in the Pro and Am categories. We almost always made the right decisions during the race and the car was good and fast. The number 92 car drove a flawless race, our number 91 unfortunately had problems during the pit stop. On top of that, the balance wasn’t great in the last stint. But all in all, we’re very satisfied.”

Michael Christensen (Porsche 911 RSR #92): “The changing weather and track conditions were a challenge, but we mastered them very well. We changed to slicks earlier than the others and that was very probably a key factor for our success. The weather forecast was uncertain, but we observed the cars that were already on slicks and took the risk. That ultimately paid off.”

Kévin Estre (Porsche 911 RSR #92): “I’m incredibly happy about our victory. Our setup was simply fantastic and the good braking performance was an important aspect of our success at Fuji. After we changed to slicks during the safety car phase early on in the race, our car setup allowed us to brake later than the others and thus gain positions. Our pit stop strategy also ran perfectly.”

The Porsche GT Team qualified on starting positions eight and ten for the FIA WEC World Sports Car Championship in Fuji, Japan. Richard Lietz (A) and Gianmaria Bruni (I) in the No. 91 Porsche 911 RSR and Kevin Estre (F) and Michael Christensen (DK) in the No. 92 sister car will now focus on the race performance. After setting the fastest lap with the RSR in the GTE-Pro category during the free practice on Saturday morning, the qualifying session held three hours later did not yield the expected lap times. Lietz and Bruni take up the six-hour race on the 4.563-kilometre racetrack from the fourth grid row. The French-Danish driver pairing starts directly behind them.

The Project 1 squad concluded the qualifying on fourth place

The Porsche GT Team is keen to extend its lead in the GTE-Pro category of the FIA World Sports Car Championship WEC. After scoring a double victory at Le Mans, as well as podium finishes at the season-opener in Spa-Francorchamps (Belgium) and Silverstone, Great Britain, Porsche now leads the manufacturers’ and drivers’ classifications.

Round four of the 2018 season is contested on the Fuji Speedway in Japan on 14 October. On the tradition-steeped 4.563-kilometre racetrack at the foot of Mount Fuji, the Porsche GT Team fields two 911 RSR race cars. Four identical vehicles will be campaigned by customer teams in the GTE-Am category at the fourth race of the 2018/2019 WEC Super Season.

At last year’s race in Fuji, both of the latest generation Porsche 911 RSR secured podium spots with second and third at the maiden outing at Fuji. Since the foundation of the FIA WEC in 2012, teams and drivers have travelled to Japan in autumn to take on the special challenges. In 2013, the race had to be stopped after 16 laps due to torrential rain. Changeable weather conditions are also expected this year. For engineers, the Fuji Raceway is particularly demanding. The long 1.475-kilometre start-finish straight leads into a twisty section, which requires a great deal of downforce and good traction. Finding a suitable vehicle setup in the practice sessions is equally as tricky.

Richard Lietz from Austria and his works driver teammate Gianmaria Bruni from Italy share the cockpit of the No. 91 Porsche 911 RSR car. The Italian has notched up two race victories on the Fuji Speedway, with Lietz winning the debut WEC race in Japan. The cockpit of the No. 92 vehicle is shared by Frenchman Kevin Estre and Michael Christensen (Denmark). The duo leads the drivers’ classification of the 2018 WEC after winning the 24 Hours of Le Mans and claiming podium places in Belgium and Great Britain. In the manufacturers’ classification, Porsche heads to round four of the season ranking a clear first in the hotly contested GTE-Pro category.

The Porsche 911 RSR celebrated its WEC debut at Silverstone in 2017. So far this season, the racer from Weissach has clinched a one-two result in the GTE-Pro class at Le Mans and secured the GTE-Am category class win at the endurance classic in France as well as at the previous race at Silverstone. The RSR with its water-cooled four-litre boxer engine is based on the seventh generation of the iconic 911 sports car and produces around 510 hp depending on the restrictor. With a total of six vehicles, the Porsche brand is represented by the largest contingent of GT racers in the World Sports Car Championship. 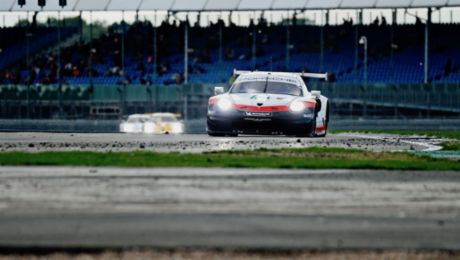 WEC: Podium for Porsche at Silverstone

Kévin Estre and Michael Christensen finished on third place at the wheel of the 911 RSR with the number 92. 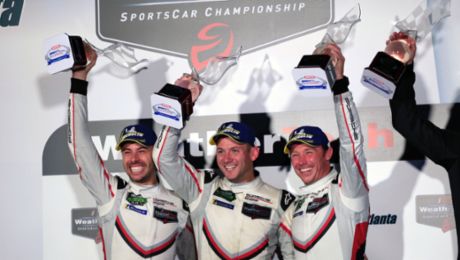 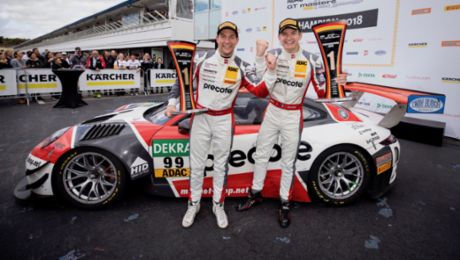