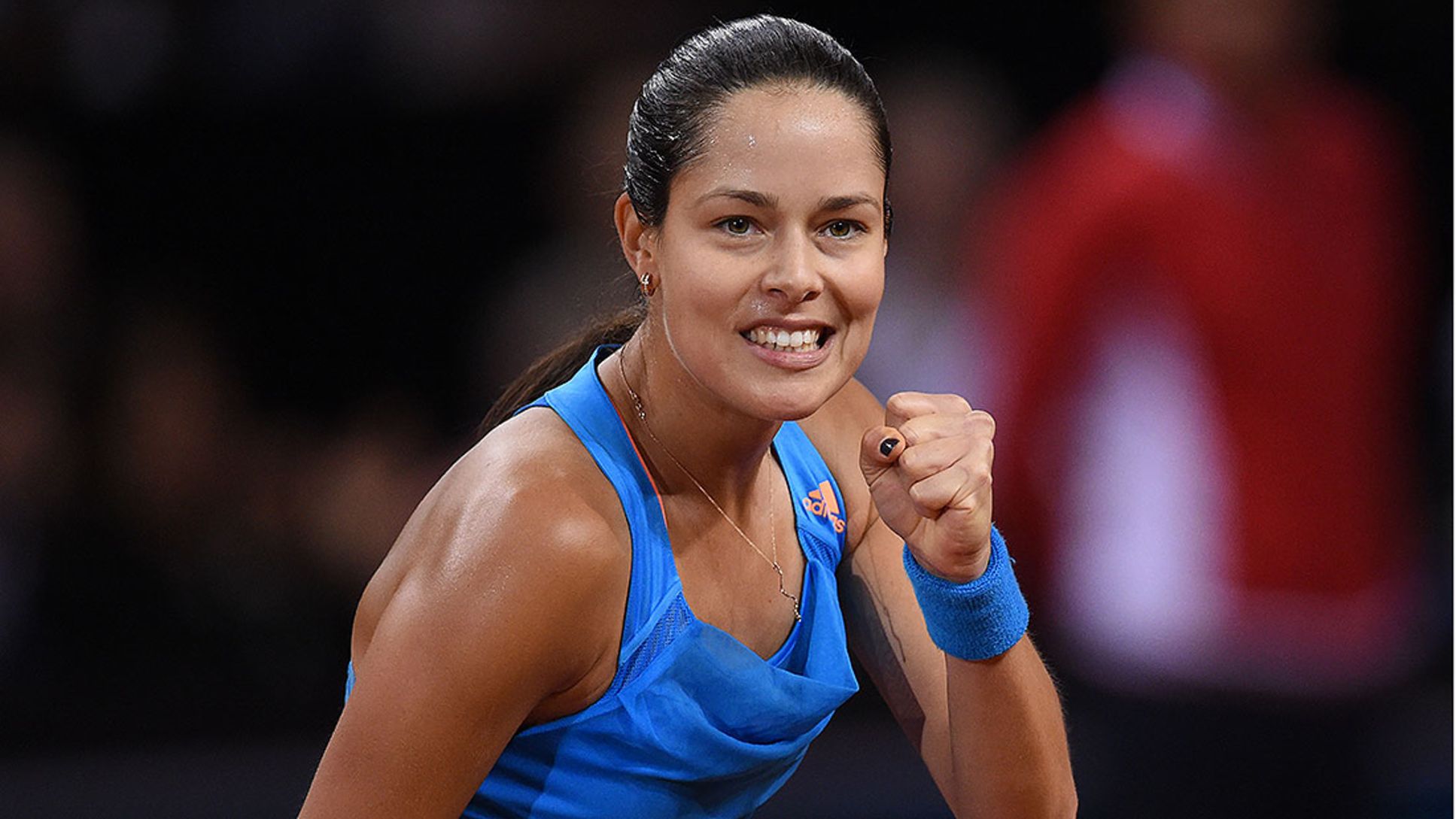 Dream final with Sharapova and Ivanovic

The Porsche Tennis Grand Prix has its dream final: Sharapova and Ivanovic both played impressive tennis to advance past the semifinals.

The Porsche Tennis Grand Prix 2014 has its dream final: Sharapova and Ivanovic both played impressive tennis to advance past the semifinals. They will now face each in the Porsche Arena on Sunday for the tournament win. Awaiting the winner is the main prize of a Porsche 911 Targa 4S.

In the first semifinal, Maria Sharapova honed in on her third final at the Porsche Tennis Grand Prix – and she did not hang around. It took only 59 minutes for the world No. 9 to defeat Sara Errani 6-1, 6-2 in front of a capacity 4,500 crowd in the Porsche Arena. Going into the encounter, the Italian was already aware that, “it will be a very difficult match.” That she, a clay court specialist, was going to be given such a run around in the repeat of the 2012 French Open final was not something even she expected. Of her 15 career semifinals up until the start of the day, she had only lost one. “I wanted to play aggressively,” she said “but Maria had the perfect day. There was nothing I could do.”

Maria Sharapova is improving visibly from day to day

Maria Sharapova is improving visibly from day to day at the long-standing Stuttgart tournament which she won in 2012 and 2013. After struggling recently with month-long shoulder problems, the Porsche Brand Ambassador is serving better and better, her returns are putting her opponents on the defensive and the power of the rest of her shots is doing the rest. For Sara Errani, who after all is the world No. 11, the speed and accuracy of the Russian was simply too much. “I had a really long and tough start into the tournament. So, I’m actually happy that I was able to finish in about an hour today. So, it saved some time for me,” said Maria Sharapova. One more win and she will join Martina Navratilova who won the Porsche Tennis Grand Prix three times in a row from 1986 und 1988. Talking about the final tomorrow Maria Sharapova said, “I had a great few matches already but every match is just another learning experience and I hope to go it and play better than I have in the last matches.”

Serb Ana Ivanovic then downed compatriot Jelena Jankovic 6-3, 7-5 in the second semifinal. The 26-year old former world No. 1 closed out the match with her fourth match point after one hour 28 minutes and was soon jumping for joy on the Centre Court in the Porsche Arena. It was obvious just what the win in Stuttgart meant to her. After the up and downs in her career, she is firmly back on the road to the top. Though her record with two wins and seven losses against Maria Sharapowa is not particularly good – she has not beaten the Russian since 2007 – she is in excellent form at the moment. “The final is going to be a tough challenge but I love challenges,” she said and continued by saying, “Last year I only lost in three sets here against Maria. Why shouldn’t I win this year?” And Ana Ivanovic has one thing up on the title-holder – she has already won two tournaments this year namely in Auckland (New Zealand) and Monterrey (Mexico). Maria Sharapova is on the other hand still waiting for her first win.

In the doubles, Antonia Lottner from the Porsche Talent Team Germany and compatriot Anna Zaja narrowly missed out on causing another upset. Playing the world class pairing of Cara Black (Zimbabwe)/Sania Mirza (India), the two young German players shone when performing impressively in the Porsche Arena but eventually went down 6-2, 4-6 10-4. Antonia Lottner, who plays for the local TEC Waldau club in Germany’s top tennis league, the Bundesliga, and Anna Zaja can go away pleased with their display. They only came into the doubles tournament as alternates for the Czech duo Andrea Hlavachova/Lucie Safarova and, after their two wins, they took the highly experienced number two seeds to a third set champion’s tie-break in the semifinal. In the final Cara Black/Sania Mirza will meet the Italian duo of Sara Errani and Roberta Vinci. The world’s best doubles pairing beat Jelena Jankovic and her Russian partner Alisa Kleybanova 6-3, 6-3.