The Philosophy of F. A. Porsche

At the Design Studio, designs for high-tech residential towers and objects are created to withstand the test of time and the vicissitudes of fashion. Studio founder Ferdinand Alexander Porsche created a form for the ages: the original 911.

It’s not always easy to bear the name Porsche—consider the Porsche Design Group, for example. The name inevitably elicits questions: Is it the design department of the company? Is it where Porsche models are designed? The answers: No and no. Does the Design Studio have anything at all to do with Porsche in Zuffenhausen? But of course! Are the studio and the main company part of the same entity? Now, yes. Before further confusion ensues, it’s best to go back and tell the story from the start. That’s how Roland Heiler sees it, at any rate. The fifty-eight-year-old managing director of the studio climbs the rooftop terrace of the new building—a structure known internally as “the tower.” “Tower” is perhaps a somewhat overstated term for a building with a mere three stories under its roof. But those three stories are in Zell am See—and there, in the picturesque Pinzgau region, it does stand out.

From the rooftop, Heiler points northward to a group of buildings that almost constitute a small village of their own. “That’s Schüttgut, the Austrian home of the Porsche family. That’s where Ferdinand Alexander Porsche grew up,” he says. This historical and geographical link explains why the grandson of Beetle designer Ferdinand Porsche located his design agency not in Stuttgart or anywhere else, but here in the alpine countryside: it’s where his roots were. Ferdinand Alexander Porsche was the design director for the family company Porsche when, in the early 1960s, he designed a car that instantaneously catapulted him to the pinnacle of the design world: the Porsche 911, an icon among sports cars. He created many race car designs as well. When it became clear that his father Ferry was going to convert the company into a public corporation, it was his son’s cue to leave the company.

In 1972, Ferdinand A. Porsche struck out on his own, and the designer naturally stayed within his métier. His first job was a family affair: “F. A.,” as he is still known in-house, was charged with designing a watch for Porsche AG. It was intended as an original and premium-quality gift for esteemed employees and select customers. The company guaranteed a minimum order quantity, and Ferdinand Alexander pulled off another stroke of product-design genius: the Chronograph I was the first watch with a black case and black dial. The reason was neither whimsical nor aesthetic in nature; rather, Porsche took his inspiration from the instruments in race cars and airplanes, which are embedded in black cockpit landscapes because the black swallows the irritating reflections of the instrument dials. “It didn’t hurt, of course, that the trend towards black was in the air at the time,” says Heiler. “After 1972, for example, the trim and window surrounds in the Porsche 911 were no longer in chrome, but painted matte black. And Ferdinand A. Porsche, as head designer, initiated that idea himself.”

With the Chronograph I, Porsche set the standard for his studio: the agency’s founding object became a best seller and remains so to this day. And it became a symbol for the design principle of the studio: first and foremost, the design must serve the function—a design philosophy that has found its embodiment in Heiler. And it’s no wonder, for he’s a dyed-in-the-wool Porsche man too: apprenticeship as a technical draftsman in Zuffenhausen, university at London’s renowned Royal College of Art, his return to Porsche as a junior designer (“at first they had me drawing exhaust pipes and spoilers”), and finally director of the Porsche Styling Studio in California. Then came the moment in 2004 when F. A. stepped back from the daily operations of his agency. The head office in Zuffenhausen did not want a studio with the family name to fall into unknown hands. Porsche AG took on two-thirds of the shares and ordered Heiler back from California to Zell am See.

Officially, the design studio’s name is “Studio F. A. Porsche.” The name has a twofold purpose: to emphasize its independence from Porsche AG while at the same time preventing mix-ups. The Studio is not synonymous with Porsche Design. That, after all, is the name of the brand for premium lifestyle products beyond the world of cars. Porsche Design accounts for roughly thirty percent of the Studio’s activities. The lion’s share of the Studio’s business, however, is made up by design jobs for industrial firms that have nothing to do with the manufacturer Porsche or the automotive sphere. For example, there are the new business class seats in Cathay Pacific’s A350-1000 aircraft, which convert into fully flat beds at the touch of a button. Or the one-of-a-kind E-Piano from Alpha Pianos, with the design aesthetic of a classic concert grand.

There are not many product categories that have not been shaped, in some form or another, by the Studio in its forty-five years in business: glasses, writing utensils, furniture—even trams. “We’ve also developed paint spray guns and a capsule-filling machine for a pharmaceutical company,” says Christian Schwamkrug, design director and deputy managing director. When he begins to name some examples of the Studio’s design philosophy, the fifty-nine-year-old can hardly contain himself: he speaks of classics like the interchangeable-lens sunglasses, which are not only visibly striking but also practical and flexible. And he gushes about appliances whose brushed aluminum surfaces defined kitchen design for two decades.

Schwamkrug takes an object from the display case in the showroom. “This pen shows how we think and design.” At first glance: an exquisitely crafted stainless steel pen with fine horizontal grooves. “But of course,” says the design chief with a twinkle in his eye, “the grooves are not just decoration. They are the visible portion of a laser-engraved meander pattern that rings the shaft of the pen. When pressed, it contracts and triggers the mechanism that extends and retracts the tip. Every element has a function, and that function is always paramount. In other words, the reason for the structure is functional rather than decorative. It’s a design driven by the engineering impulse.”

The same applies to new products for entertainment and communication. A typical example is the 911 Soundbar, a sound system for the living room whose resonance body is the rear silencer from the Porsche 911 GT3. Another example of the company creed in action is the Porsche Design Huawei Mate 9 luxury smartphone. It unites brilliant performance with technical innovations and unmistakable aesthetics. Thus does the elegant device meet the exacting standards that the denizens of Zell demand of electronic products—and it raises the bar for further products in the pipeline.

Among the latest activities of the Studio are projects of a completely different dimension: the Porsche Design Towers, high-tech residential towers whose luxurious interiors are comprised entirely of Studio products—naturally, as always, subject to the imperative of functionality. The Porsche Design Tower in Miami is nearly finished. “It will be the first skyscraper in which one can bring one’s car up to the sixtieth floor and park it in the apartment,” says Schwamkrug. The Studio also worked on the exterior of the Tower. The recessed and partially glazed balconies, for example, are designed to protect the building from the impact of the Atlantic Ocean and hark back to ideas hatched in Pinzgau. And Miami is only the beginning. The first European Porsche Design Tower is slated for completion in Frankfurt am Main in 2018, and further residential towers based on the Porsche Design philosophy are under considerationin Brazil and the Malaysian metropolis of Kuala Lumpur as well.

In Zell am See, meanwhile, much still recalls the early days of the Studio—and its founder. Ferdinand Alexander Porsche died in 2012, but his office, from which he could survey the family estate, has remained all but untouched. That’s where it all comes full circle. The designers are working together with Porsche Design Timepieces AG on a new and highly innovative watch. And above all, this watch will send a clear message: the philosophy of F. A. Porsche is followedand respected to this day—and it is apparent in every object.

Ferry Porsche’s eldest son founded Studio F. A. Porsche, an independent studio for product design, in 1972. Born in 1935, the designer—often known as “F. A.”—left the College of Design in Ulm after just two semesters to work in body styling at Porsche. It was there that he created his masterpiece in the early 1960s: the Porsche 901 launched in 1963—the car that would become legend as the 911. Since 2003, Porsche Design has been a part of Porsche AG. Ferdinand Alexander Porsche died at the age of seventy-six in 2012.

A glimpse behind those doors that normally remain closed. Part two: design studio. 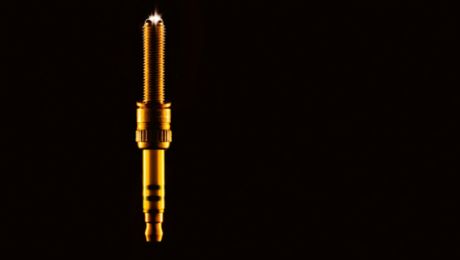 Every component is a masterpiece

The 919 Hybrid is a forefront of technological development. 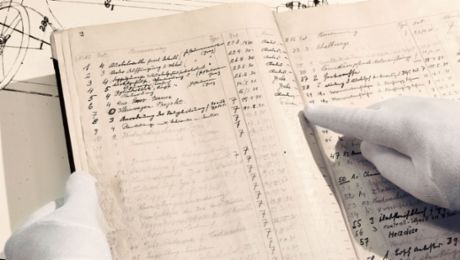