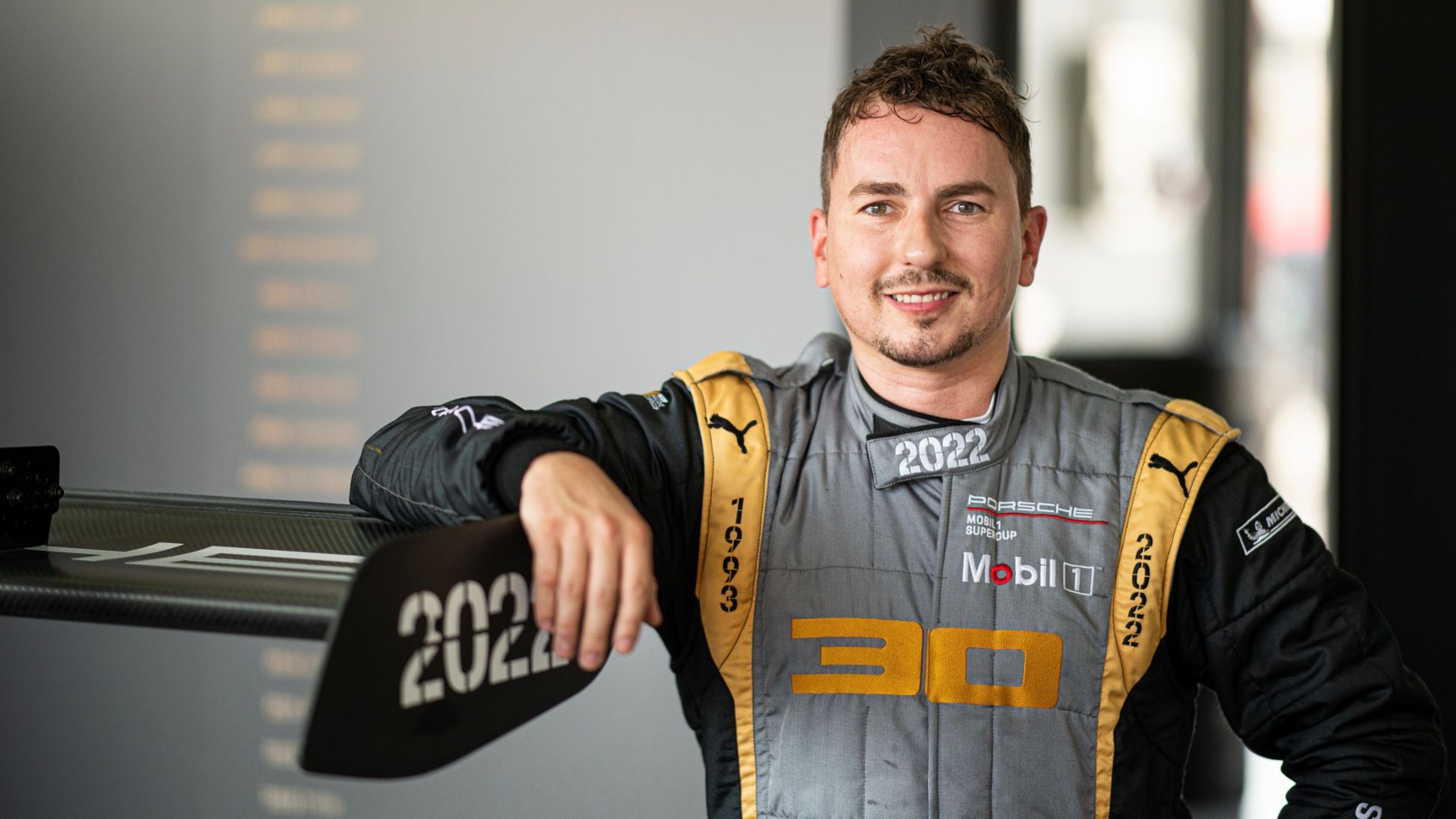 “I love challenges, and this is a huge one”

Jorge Lorenzo has won five motorcycling world championships. Now the MotoGP legend is swapping his more familiar ride for a Porsche 911 GT3 Cup. He’ll tackle his first race in a car behind the wheel of the Porsche Mobil 1 Supercup’s VIP vehicle at the series’ season opener at Imola.

In an interview, the 34-year-old Spaniard talks about his expectations, the difference between racing on two and four wheels and a possible new encounter with his former arch-rival Valentino Rossi.

What is your first impression of the Porsche 911 GT3 Cup?

Jorge Lorenzo: It’s a really difficult racing car, especially because it has no ABS braking and no traction control. But they say it’s the best car to learn – if you’re quick in a Porsche 911 GT3 Cup, you’re quick in any GT car. I have a lot of fun driving the 911 GT3 Cup, so I’m very happy to have the opportunity to race the Supercup VIP car at Imola.

How challenging will it be?

Lorenzo: Very challenging. It’s my first ever car race, and it will be at the highest possible level with a Porsche 911 GT3 Cup. It’ll be very difficult to compete against drivers who have grown up in racing cars and have known this car for years. But I love challenges, and this is a huge one.

How difficult is it to change from a MotoGP machine to a racing car?

Lorenzo: Although both have an engine, throttle, brakes and wheels, it’s a completely different world. First of all, on a motorbike, you have to use your body all the time to transfer weight to the front, rear or sides. Obviously, that’s not possible in a car. In the Porsche 911 GT3 Cup, you have to use the throttle and brake to transfer weight. I still have to learn this. On the other hand I think it’s possible for a motorbike rider to switch to a racing car and be competitive.But it’s not possible the other way round.

When you compare a MotoGP bike to a Porsche 911 GT3 Cup, how different is the sensation of driving?

Lorenzo: The bike is much faster on the straights and the acceleration is better, but the car is much faster in the corners. So, the difference in lap times is quite small. Maybe the biggest difference is the temperature. It’s already incredibly hot inside the cockpit. I can’t imagine what it will be like in high summer. On the other hand, riding a MotoGP bike is physically much more demanding.

What was your motivation to change to car racing?

Lorenzo: After the end of my MotoGP career three years ago, I was missing the competition. But I was looking for something a little bit safer than motorbike racing. When you make a mistake on a bike, you can break your collarbone or your arm. In a racing car, the risk is much lower. That’s a good thing.

Will car racing be your second career?

Lorenzo: For the moment, I don’t think too much about the future. I take things step by step, race by race. I have achieved many things in MotoGP, now I will do my best in a racing car.

You are also competing with the Porsche 911 GT3 Cup in the Porsche Carrera Cup Italia. What is your goal?

Lorenzo: I’m realistic. My goal is not to become champion, at least not in the short term. I was world champion on motorbikes; car racing is my hobby. I want to learn as much as possible and enjoy the races. If I’m competitive, it’s even better.

What do you expect from the Supercup race at Imola?

Lorenzo: It’s amazing to have this opportunity. To be honest, it’s maybe a little bit early for me. I have never raced at Imola before. The Supercup drivers are the best in the world in this car. It will be very difficult for me to finish in the top 20. But I just couldn’t say no. To race at Imola in front of a Formula One crowd is an opportunity that can’t be missed. 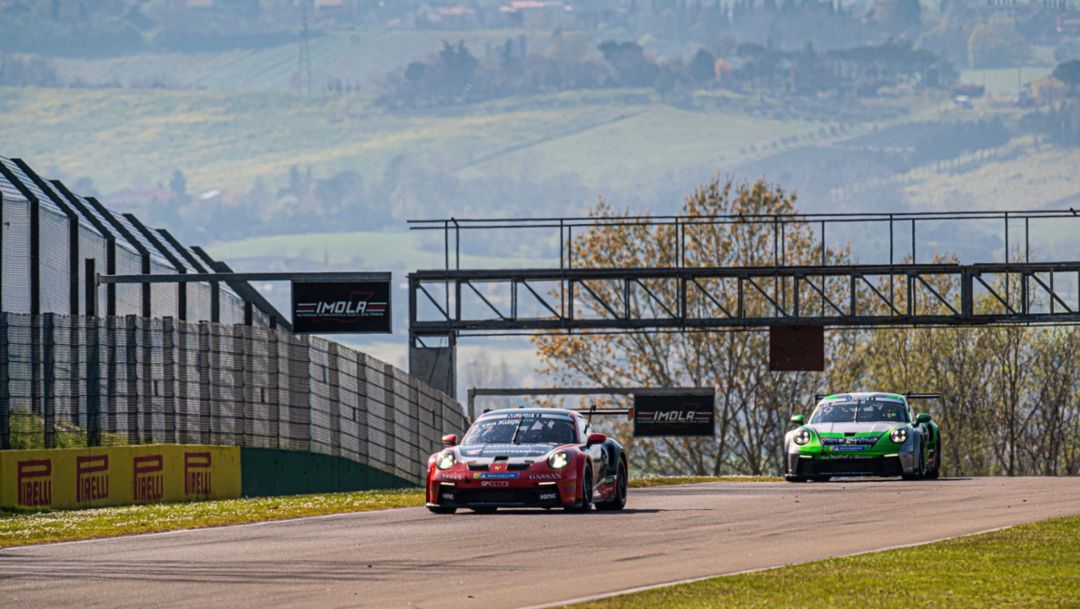 The Porsche Mobil 1 Supercup contests its 30th season exclusively as a support series to European rounds of the FIA Formula 1 World Championship.

If you could choose, which track on the Supercup calendar would be your favourite?

Lorenzo: Monaco. It’s a legendary track full of history. There is no room for mistakes. I imagine there is no other track where you have to maintain concentration like in Monaco.

Wouldn’t it be fun to compete against your former MotoGP teammate Valentino Rossi on four wheels?

Lorenzo: Why not? Since we both retired from MotoGP, our relationship is much better. At the moment, Valentino is racing in a different series to me. But who knows, maybe we’ll meet again on the racetrack sometime in the future.