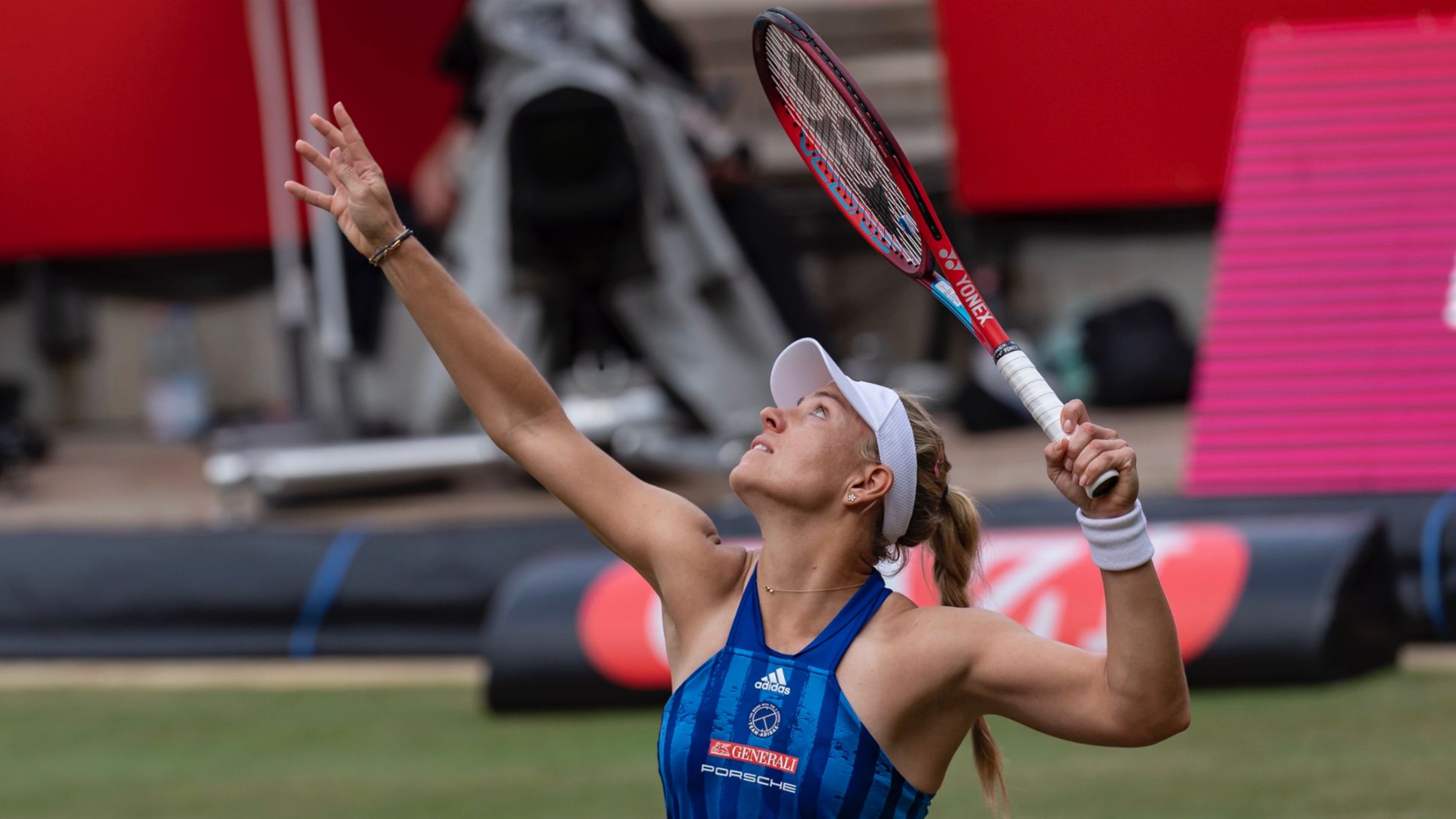 Angelique Kerber: “I see the new tournaments in Germany as a big opportunity”

This week the bett1open in Berlin, next week the Bad Homburg Open: two new Porsche-supported WTA tournaments are turning the spotlight on Germany as a tennis destination. Porsche Brand Ambassador Angelique Kerber talks to Porsche Newsroom about the opportunities the exciting development brings – for German tennis and for the country’s up-and-coming players – and her commitment to the Bad Homburg tournament, where she’ll be both playing and organising.

Angelique, there are two new women’s tournaments in Germany alongside the long-standing Porsche Tennis Grand Prix – what do you think about this?

Angelique Kerber: It’s a fantastic development. Ever since I started playing on the WTA Tour, I’ve wished for more tournaments in Germany. It’s finally happened. I‘m so happy for the tennis fans as they can see even more top-grade women’s tennis with the world’s best players.

Kerber: I see it as a big opportunity. Our best young players can present themselves to an even bigger group of people via the wildcards and, far more importantly, test themselves on a bigger stage with top players. It’s all valuable experience. The fact that talented players exist in Germany is something we recently saw again at the Porsche Tennis Grand Prix.

Are the tournaments an indication of the high standing that women’s tennis enjoys in Germany?

Kerber: Definitely. I’m so pleased with everything and am a little proud that my successes over the past years have, in all likelihood, played a part in ensuring that women’s tennis here has a better standing again. Porsche Team Germany’s success in the Billie Jean King Cup, the former Fed Cup, has made the positive trend possible.

The Bad Homburg Open is partly your “baby” – you’re both a player and a tournament ambassador. To what extent are you involved in the organisation and how do you like this twin role?​​​​​​​

Kerber: It was an exciting journey for me right from the very start. I have gained even more interesting insights into the work that goes into organising such an event and have often been amazed at what it takes to ensure that everything from A to Z runs smoothly. It’s a fantastic challenge not only being involved as a player but at the same time be jointly responsible for the success of the tournament. I’m well aware of the responsibility and I’m happy to take it. After the premiere last year was cancelled due to coronavirus, it’s even nicer that we can finally get things rolling.

How appealing is it being able to introduce one’s ideas and experiences as a player into one’s own tournament?

Kerber: I’m so happy and grateful that I’ve got the opportunity to do it at the Bad Homburg Open. I’ve naturally tried to inject as much of my experience as possible. I ultimately know what players expect of such a tournament and what is particularly important for them. But it all comes down to the question, what’s possible? What can you put into place? The overall situation remains a bit difficult. Nevertheless, I feel our team will put on a good tournament – one with a friendly atmosphere and a certain feel-good character. I’m eager to find out how the players find everything.

Did it take a lot of convincing to attract stars like Simona Halep and Petra Kvitova to Bad Homburg?

Kerber: Not at all. Having Simona and Petra as former Wimbledon champions here is fantastic, also for the fans. It definitely helped that they know me well and additionally know just how well tournaments are organised here in Germany from the Porsche Tennis Grand Prix. They’re above all, like me, looking forward to being able to play a few more matches on grass ahead of Wimbledon. We’ll enjoy a thrilling tournament for sure.

Which positive things from your time on the tour have been integrated into the Bad Homburg Open?​​​​​​​

Kerber: I’m particularly pleased that spectators will be in attendance, and we won’t be playing in front of empty stands. For me and all the other players, it’s a really important factor. We’ve also endeavoured to offer them conditions in which they can perform at their best. A compact tournament with everything only a short walk away. It was – based on the Porsche Tennis Grand Prix – our goal. The players’ hotel is only 300 metres away from the site, we’ve got good practice courts, and everything else is spot on. I’m sure the players will feel at home here.

The exclusive Porsche Shuttle Service provided by Porsche Germany with the support of the Bad Homburg Porsche Centre is certain to play a part. ​​​​​​​

Kerber: I’m sure it’ll be the case. As a Porsche Brand Ambassador, I’m delighted that Porsche, a long-time sponsor of women’s tennis, is now a part of our tournament. It’s the same for the players. They’re always thrilled when they can be shuttled backwards and forwards in such fabulous cars.

Porsche has expanded its activities in women’s tennis through its engagement at two WTA tournaments in Germany – the Berlin bett1open and the Bad Homburg Open.

You mention the spectators: how many are allowed at the venue and how big was the fans’ interest?

Kerber: It was overwhelming. We’re allowed to have 600 spectators per day at the venue and when we started selling tickets last week, for last year’s ticket holders only, we were sold out for every day within half an hour. It showed us just how much everybody is looking forward to our tournament. There can be no bigger compliment for an organiser.

Porsche has been sponsoring the Porsche Tennis Grand Prix since 1978 and has also been the organiser since 2002. The tournament in Stuttgart’s Porsche Arena was voted by the players as their favourite event in its category once again in 2019. Within the scope of its global partnership with the Women’s Tennis Association (WTA), Porsche is also the title partner of the Porsche Race to Shenzhen, the official qualifying ranking for the Shiseido WTA Finals. The Stuttgart-based sports car manufacturer is also the exclusive automotive partner of the WTA, the season-ending WTA Finals, and this year of the WTA tournaments in Lyon, St. Petersburg, Berlin and Bad Homburg. As a premium partner of the Deutsche Tennis Bund (DTB – German Tennis Association), the company supports Porsche Team Germany in the Billie Jean King Cup (formerly the Fed Cup) as well as up-and-coming players in the Porsche Talent Team and the Porsche Junior Team. Angelique Kerber, Julia Görges and Maria Sharapova give Porsche a face in tennis as Brand Ambassadors.

Günthardt: “Our tournament was a positive signal for our sport”

The 44th Porsche Tennis Grand Prix set standards in the times of the pandemic.