Porsche has expanded its activities in women’s tennis through its engagement at two WTA tournaments in Germany – the Berlin bett1open and the Bad Homburg Open.

The sports car manufacturer will be on board as the official automotive partner and sponsor at the two events which will be making their debut on the WTA Tour in June. With the grand slam tournament in Wimbledon (28 June to 10 July) in mind, Berlin and Bad Homburg will both be played on grass.

“Porsche and women’s tennis have been closely connected for years,” says Alexander Pollich, CEO of Porsche Deutschland GmbH, “and we are delighted that the engagement is expanding by means of the support we are giving the new WTA tournaments in Berlin and Bad Homburg, together with the Porsche Centres.”

Like the Porsche Tennis Grand Prix in Stuttgart, the bett1open is a WTA 500 event. The partnership is a joint project with Porsche Deutschland GmbH, the Porsche Centres in Berlin and Porsche AG. The sports car manufacturer will provide an exclusive Porsche Shuttle Service for the players using up to 25 Porsche Taycan, Cayenne and Panamera E-Hybrid cars. The tournament will be staged at the LTTC Rot-Weiss e.V. club in its 7,000 capacity Steffi Graf Stadium from 12 to 20 June. Porsche Brand Ambassador Angelique Kerber is one of the many top players that have committed themselves to the tournament. The field also includes both of this year’s Porsche Tennis Grand Prix finalists: winner Ashleigh Barty and runner-up Aryna Sabalenka.

The Bad Homburg Open from 20 to 26 June will also be jointly supported by Porsche AG and Porsche Deutschland GmbH as well as the Bad Homburg Porsche Centre. The exclusive Porsche Shuttle Service will be operated using up to 12 Porsche Taycan, Cayenne and Panamera E-Hybid cars. Brand Ambassador Angelique Kerber will use the WTA 250 event to prepare for the season’s highlight in Wimbledon, where she celebrated the biggest win of her career. Porsche Team Germany’s Andrea Petkovic and Petra Kvitova, the 2019 Porsche Tennis Grand Prix winner, will also be in Bad Homburg line-up.

Porsche has been sponsoring the Porsche Tennis Grand Prix ever since 1978 and has also been the organiser since 2002. The tournament in Stuttgart’s Porsche Arena was voted by the players as their favourite event in its category once again in 2019. Within the scope of its global partnership with the Women’s Tennis Association (WTA), Porsche is also the title partner of the Porsche Race to Shenzhen – the official qualifying ranking for the Shiseido WTA Finals. The Stuttgart-based sports car manufacturer is also the exclusive automotive partner of the WTA, the season-ending WTA Finals, and this year of the WTA tournaments in Lyon, St. Petersburg, Berlin and Bad Homburg. As a premium partner of the Deutsche Tennis Bund (DTB – German Tennis Association), the company supports Porsche Team Germany in the Billie Jean King Cup (formerly the Fed Cup) and fosters up-and-coming players in the Porsche Talent Team and the Porsche Junior Team. Angelique Kerber, Julia Görges and Maria Sharapova give Porsche a face in tennis as Brand Ambassadors. 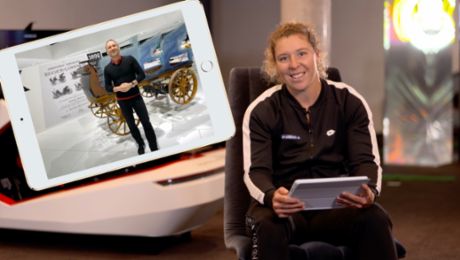 Anna-Lena Friedsam on a virtual tour of the Porsche Museum

One highlight that the players look forward to during the Porsche Tennis Grand Prix is the visit to the Porsche Museum. 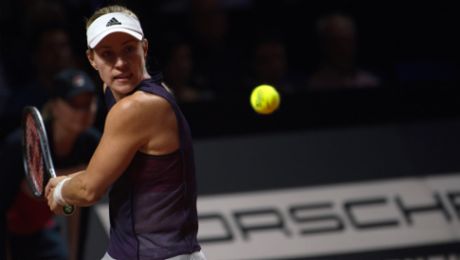 On Angelique Kerber's return to Stuttgart, her wins in 2015 and 2016 are not the only reasons why she is happy to be back.