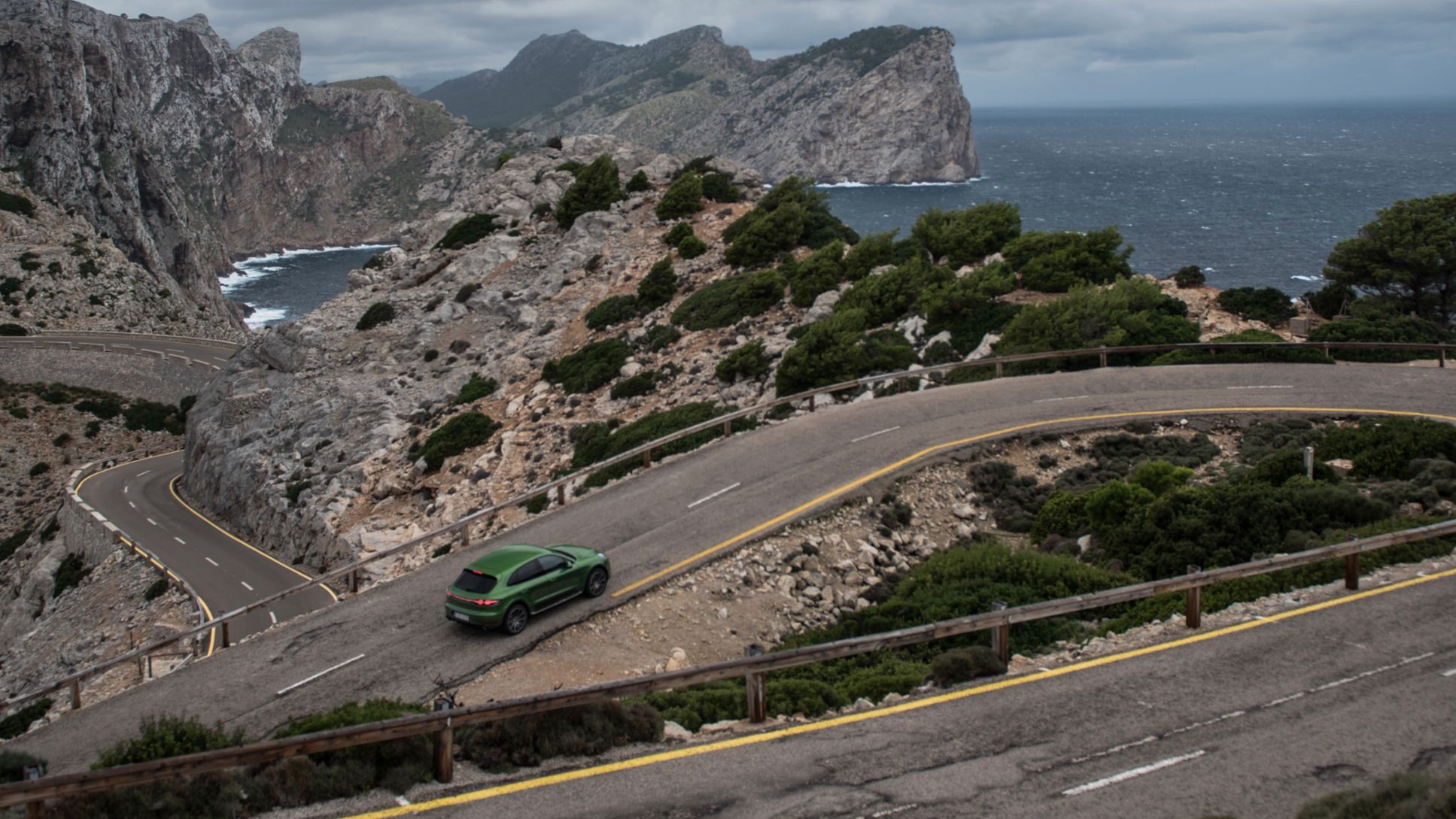 Journalist Zaid Hamid’s Sunday Drive takes us on a journey to Mallorca, along two roads that could comfortably be described as masterpieces.

London-based Zaid Hamid has spent the last decade creating motoring content, and has driven some of the world’s most iconic stretches, but the pull of an undiscovered road remains strong. One route that had stayed in his mind was on the Balearic island of Mallorca.

“I’m always looking out for new roads to experience and Mallorca has been high on my to-do list since I saw a clip of a Boxster GTS snaking its way to the lighthouse of Cap de Formentor. The driver – a British journalist – was wearing such a sizable grin that when an opportunity to visit arose, I had to go.”

The Ma-2141 road, known locally as ‘The Serpent’ for reasons that will become apparent, starts at the coast and rapidly ascends into the mountains in a dramatic hair pinned fashion. Sa Calobra was designed in the 1930s by the Spanish engineer Antonio Parietti and was built without any machinery, despite 31,000 cubic metres of rock needing to be cut away. There are 50 turns, the majority of which are hairpins, and driver focus is key as the tarmac is too narrow for traffic to flow in both directions. The road ascends for 12.7 kilometres, reaches a peak of 682 m and features gradients as steep as 11.5 per cent.

“The road starts at sea level and without much drama other than it being very narrow. It takes a couple of kilometres to start seeing the magic of how the road interacts so organically with the Serra de Tramuntana mountains, as the narrow band of tarmac cuts through towering rocks,” explains Hamid. “As you make your way higher up, the gradient becomes steeper and the hairpins start to bunch up. The straightaways between the near 180-degree bends become shorter and shorter, you start to get into a flow that is almost hypnotic.

“As the density of the zigzags begins to ease, the view over your right shoulder is filled with the ribboning tarmac you’re leaving in your wake. It is something you mentally photograph, the lactic acid burn from the upper body workout is worth it for this view alone. As the road levels off towards the peak of the Col you catch a glimpse of the diamond in the crown of Sa Calobra.

“The most memorable corner of the road is known as ‘Nus de Sa Calobra’, a knot of tarmac which loops 270 degrees under itself, mimicking something that would look more natural as part of a Hot Wheels setup than a real mountain road.” The route ends soon after this iconic twist under the arches of a viaduct where the Ma-2141 meets the Ma-10 which becomes the Ma-2200. This is a less complex road that acts as an interlude to reflect on the magnificence of Sa Colabra before reaching the second of Antonio Pariette’s roads on the island.

“The second ‘must drive’ road leads to the northernmost tip of Mallorca and ends at a lighthouse on Cap de Formentor. It’s another tourist hotspot but in the off-season and when it is raining, as it was when I was on the island, I had the place to myself. I was grateful to have the traction, surefootedness and exceptional ride of the Macan S I was driving at the time.

The quick gear changes, 260 kW (354 PS; Macan S: Fuel consumption* combined (WLTP) 11.7 – 11.1 l/100 km, CO₂ emissions* combined (WLTP) 265 – 251 g/km) and 352 lb-ft of torque make the elevation changes light work for the turbocharged V6, the steering was communicative and ideally weighted and it was good to feel confident that the brakes wouldn’t fade on the downhill sections!” The Cap de Formentor Road also starts from sea level at Port de Pollenca, and stretches 19 km to the lighthouse, by which point you’ve gained a massive 1,600 m in elevation.

“Those 19 km to the lighthouse are driving bliss,” says Hamid. “The greenery which sprouts from the rock lines the first half of the road and as you climb higher the handful of switchbacks provide gorgeous views of the Balearic Sea. The final kilometres really steal the show. As the land narrows, so does the road and the corners come thick and fast teasing views of the lighthouse which represents the end of the tarmac and Mallorca. You have to watch out for the baby goats that venture into the road but the views are jaw-dropping as the towering cliffs stop abruptly where they meet the sea. Even on grey days these are some of the most magnificent roads I’ve ever encountered.”