We experience the future of entertainment for the first time in California, where a Porsche Macan is waiting at a set of Los Angeles traffic lights, the Walt Disney Concert Hall looming large ahead. This is fitting and at the same time contradictory. While the famous concert hall always plays music according to a system of notes, we experience something completely new in the Macan. The traffic lights turn green, and the spherical sounds that were just heard in the SUV come to life – not because the driver has started a piece of music but because the Macan is generating this music through its movement. After a left turn, the road is clear and the Porsche starts rolling. Now it sounds as if the imperial troops are on the march in a science fiction film, until the SUV brakes at the next traffic lights and the music, too, falls back into a soft carpet of sound with a final drumbeat. Welcome to Soundtrack My Life …

“This new technology isn’t about playing personalised playlists or simply adjusting the tempo and pitch of existing music to match the car’s speed,” says Norman Friedenberger, Product Owner at Porsche Digital and the person responsible for Soundtrack My Life. “It's about creating an individual sound experience from a construction kit with a variety of sounds and musical structures during a drive. This is created by the driver and their journey in real time. This will then sound different for everyone – as unique as the journey itself."

Adaptive sound is the technical term, and it gives users of this technology an alternative: a complement to radio and streaming. “The connection between the movement of the vehicle and the generation of music in the context of driving offers a completely new listening experience,” says Friedenberger. “It's about becoming one with the driving situation." To do this, the driver first selects a basic musical mood, a soundtrack composed specifically for a particular driving situation. The software accesses pre-composed musical elements and, depending on the acceleration, speed and centrifugal forces in the car, changes the complexity of the mix of these individual elements, adding or removing tracks and sounds to rearrange everything again and again.

The technology partner for Soundtrack My Life is Boris Salchow, a German film composer based in Los Angeles. He composes the many set pieces from which the car generates the music and he would have liked to have had the technology behind it much earlier.  “When I moved to Los Angeles 16 years ago, I almost got out of the habit of listening to music in the car,” explains the artist. The eternal stop and go on the streets of the Californian megacity was to blame. "The music I was listening to in the car just didn't match what I was actually experiencing. And even back then I thought someone should develop something to compensate for this.

Today, Salchow is one of those responsible for the more difficult part of the development. “Composing the material is sometimes more complex than tuning the algorithms,” says Friedenberger, who is a musician himself and has worked for, among others, the legendary electropop band Kraftwerk. “We’re talking about non-linear music, like in computer games. The temporal sequence of events is never predictable, but the music has to be able to take that into account. With classical linear tracks that have a beginning and an end, that doesn't work.”

Friedenberger has spent about two years working on Soundtrack My Life and it is important to him that the car does not combine the same sounds at every location, but instead varies what comes out of the speakers each time – just as the daily drive to the office is never exactly the same. “That's what's so exciting for the driver. They experience a new soundtrack every time. The format promises a long-lasting listening experience, at least three to five times longer than with linear music.”

Prototype of Soundtrack My Life as a smartphone app

A prototype of Soundtrack My Life currently exists as a smartphone app. It has not yet been decided whether this will remain the case or whether the series production version of the app will also function as an integral part of Porsche Communication Management. Both solutions are feasible; both open up attractive possibilities.

Soundtrack My Life can already be used outside the car. “You can use it anywhere there is movement. It reacts to mobile data,” says Friedenberger. In the future, the app could also be combined with geofencing, i.e. locking or unlocking certain locations. As examples, special soundtracks would only then be available in Los Angeles or on Alpine passes.

Series production use of Soundtrack My Life is not yet planned. “The core algorithm is basically ready. The focus now would be specifically on working with artists.” The plan is to further individualise the music, to develop special editions with well-known composers in order to offer them as digital collectors' items. “The vision is clearly to produce exclusive material. We would work with artists specifically according to scenic specifications to create soundtracks for situations, scenery or moments: for example, for driving on country roads, at night, in city traffic or in particular regions of the world.” The use of artificial intelligence is deliberately avoided, because the focus should be on people and their creativity. “People love music because it is made by people. The artist tells a story that the audience wants to hear. We give the artist a new format to express themselves and that is an extremely exciting process for both sides.”

Music tuned to the mood of the driver

But the story doesn't end there. As the technology evolves, Soundtrack My Life could one day also detect the driver's mood and tailor the music to it. Friedenberger also dreams of real-time sound development in the cloud and sharing music online. “You could listen to someone who's on the road in New York or Tokyo right now. The catalogue of ideas and visions of where the journey might go are endless.” Salchow believes it is possible that the car will emancipate itself from the composer. “The breakthrough would be when humans are no longer involved at all. The technology would then not only combine pre-composed set pieces, but also come up with the melodies and look after the phrasing, based on the artist’s musical signature.”

From today's perspective, that's a long way off, and perhaps there is so much of the human factor in music after all that artificial compositions might never really catch on. But if they do, the car is the “predestined place” for it, according to Salchow, especially with adaptive music. Sometimes it is making real progress down the autobahn at 200 km/h; sometimes it is feeding its way onto a roundabout; sometimes the driver is exploring the limit and sometimes they’re cruising down the coast. The different speed ranges alone compared to walking or running and the different centrifugal forces in all directions open up a cosmos of possibilities. “It really is only when you're sitting on the sofa,” says Salchow, “that you don't need adaptive music.” 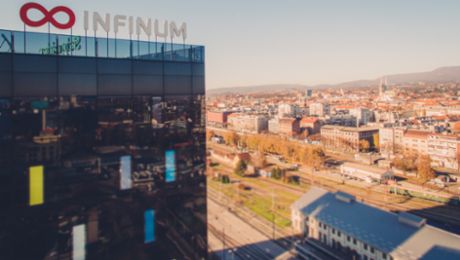 “We need to be active in relevant technology hubs” 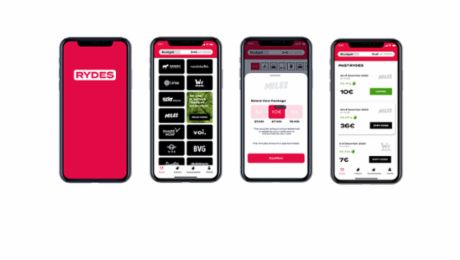