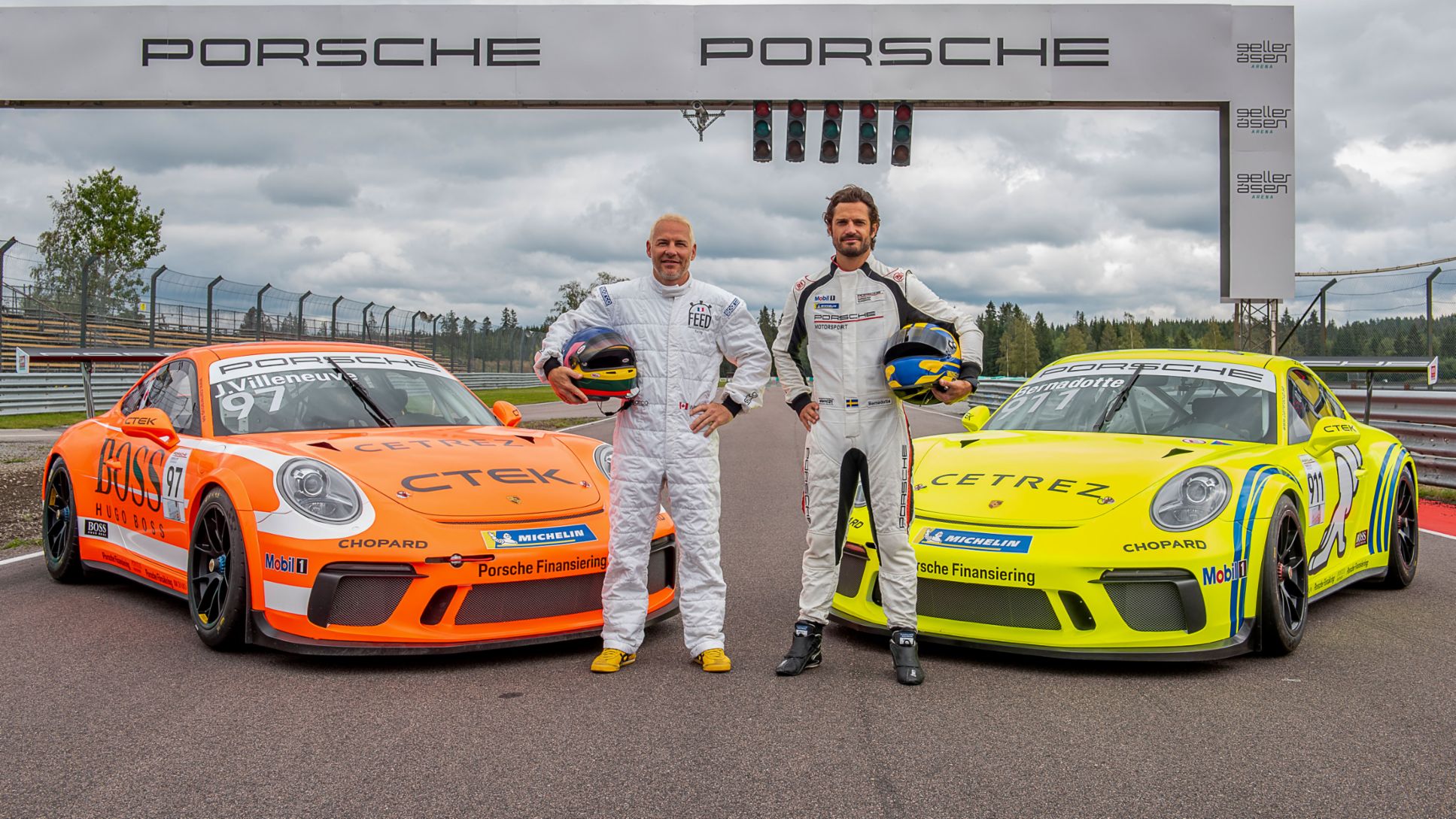 Sweden's leading motor racing championship is back after the summer break. The final dash in this year's championship started at the Gelleråsen Arena and featured very distinguished guest drivers.

The summer holidays are over in the Porsche Carrera Cup Scandinavia and all eyes were on Kanonloppet ("The Cannon Race"), which took place at the Gelleråsen Arena on 17th and 18th August.

The spectators at this weekend's races saw the next chapter in a keenly fought contest for the championship, as well as highly distinguished guest drivers who have been competing in the Porsche Carrera Cup Scandinavia. Early in the spring, Prince Carl Philip of Sweden announced that he would be competing in his only motor racing event of the year as number 911 in Porsche Sweden's guest car.

At the opening race of the season at Ring Knutstorp in May, the 1997 Formula 1 world champion Jacques Villeneuve made a sensational debut in this racing series as a VIP guest entry. On Friday, Porsche Sweden announced that Villeneuve is making a comeback in the Carrera Cup at Gelleråsen. "We are proud of the drivers who decide to compete in our guest cars in Porsche Carrera Cup Scandinavia," says Raine Wermelin, Director of Porsche Sweden.

Porsche Sweden's guest drivers, Jacques Villeneuve and Prince Carl Philip, braved challenging conditions at the start of the weekend with pre-race testing on dry tarmac followed by a tricky qualifying session in the rain. Despite being unaccustomed to both track and car and the different grip levels of the 911 GT3 Cup’s rain tyres, they managed to qualify in 11th and 16th place respectively for both races on the Sunday.

Prince Carl Philip had an unfortunate start to his campaign, becoming involved in a multi-car incident in the first race of the day, the damage from which forced him to withdraw. In the second race, he finished last after being awarded a time penalty following close contact with a competitor.

Jacques Villeneuve was also involved in an incident in the first round and the former Formula 1 world champion was forced to settle for a frustrating 16th place. In the second race, however, the experienced Canadian kept out of trouble to finish an impressive eighth. 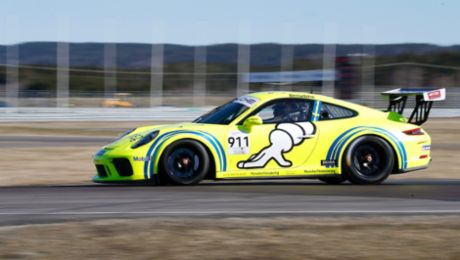 Jacques Villeneuve will compete in the Porsche Carrera Cup Scandinavia at Ring Knutstorp.