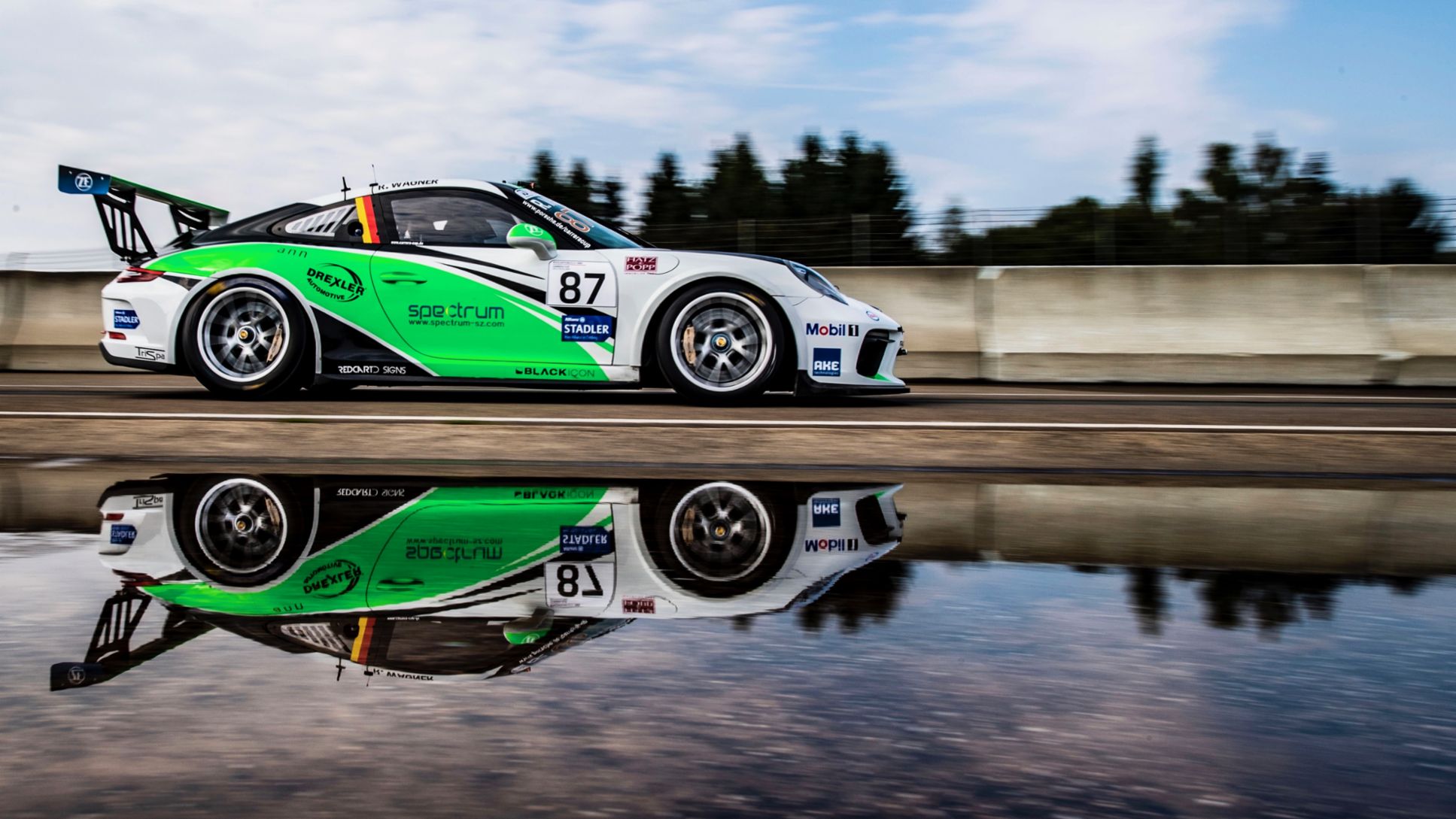 The attractive race calendar includes 16 races run as support to the ADAC GT Masters and DTM weekends. The Talent Pool, a successful support programme within the Carrera Cup Deutschland, will continue in 2019. This programme, aimed to assist talented youngsters on their way to international GT racing, was initiated last season.

In 2019, the race calendar consists of two races at each of the eight race weekends. In addition, two days of testing will be held before the start of the season. Six of the Porsche Carrera Cup Deutschland weekends are run as support to the ADAC GT Masters. In addition to the races on the Nürburgring, the Hockenheimring and the Sachsenring, competitors compete on three weekends outside Germany, namely at Most in the Czech Republic, Spielberg in Austria and Zandvoort in the Netherlands. The other two weekends of the one-make cup series will be contested alongside the DTM: the season-opener at the Hockenheimring Baden-Württemberg and at the storied Norisring racetrack in Nuremberg. At each of the events, a 30-minute sprint race will be contested on both Saturday and Sunday.

A completely new youth development initiative called the Porsche Carrera Cup Deutschland Talent Pool was launched last season. Sixteen promising young guns benefitted from the extensive support. For 2019, the concept, which includes comprehensive coaching from the Porsche professional Wolf Henzler, fitness tests, individualised training plans, media and mental training as well as free sets of tyres, will be developed further. Moreover, the number of participants will be capped and the quality as well as the support offered will increase significantly.

“Our aim is to continue consolidating the position of the Porsche Carrera Cup Deutschland as the top GT junior series in German-speaking countries. The talent pool is a key component in this, hence we will continue to work on optimising the programme to meet the needs of these talented youngsters,” explains Oliver Köppen, project manager of the Porsche Carrera Cup Deutschland.

Fans can also look forward to broad media coverage. All races will be broadcast in full length on Sport 1. Moreover, the Porsche Carrera Cup Deutschland will be highlighted in interesting background reports. The races can be viewed live on porsche.de/carreracup as well as on many other online platforms.

“Thirty years is a real milestone that only very few race series reach. I’m particularly thrilled that the Porsche Carrera Cup Deutschland shows no signs of aging after so many years – in fact, the series heads into the anniversary season looking very strong. A highly attractive race calendar alongside two of Germany’s top-league race series, as well as an effective junior programme and a comprehensive media package put us in a great position to continue the success story of the world’s first Porsche Carrera Cup in the future,” says Dr Frank-Steffen Walliser, Vice President Motorsport and GT Cars.