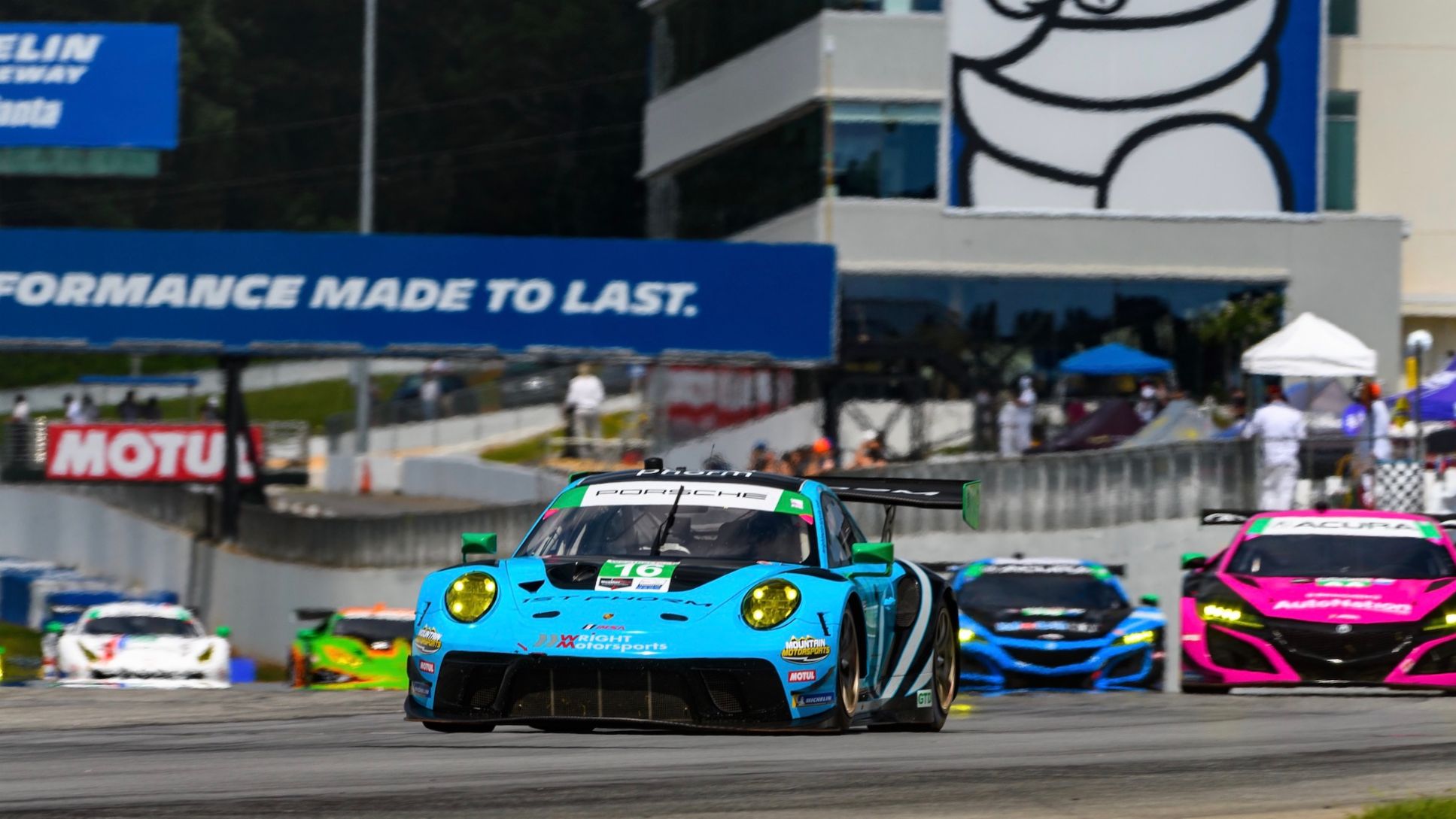 Thanks to flawless teamwork and an impressive performances from Long, Heylen and local hero Ryan Hardwick, they were rewarded with the third podium step.

Privateer entrant Wright Motorsports scored its first podium result of this season. In qualifying, Heylen planted the 500+hp Porsche 911 GT3 R race car in third-place on the class grid and retained this position in the first stint of the race. In the fierce competition of the GTD class, the vehicle dropped back to tenth-place at one point. Thanks to flawless teamwork and an impressive performances from Long, Heylen and local hero Ryan Hardwick, they were rewarded with the third podium step. 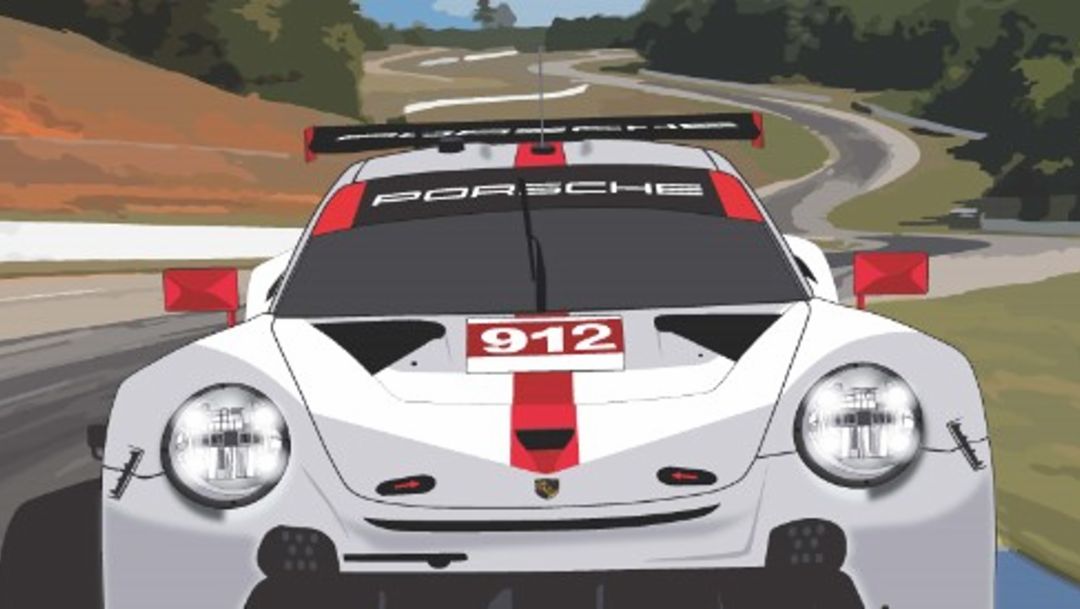 After six-races, Porsche is in third-place in the GTLM manufacturers’ classification. In the drivers’ championship, the two crews Makowiecki/Tandy and Bamber/Vanthoor are tied for points in fourth-place.

Round seven of the IMSA WeatherTech SportsCar Championship is scheduled for September 27 at the Mid-Ohio Sports Car Course in Lexington, Ohio.

Steffen Höllwarth, Head of Operations IMSA Championship.
“As expected, this race was a tough nut to crack. And as feared, we struggled with the temperatures. From the midway mark of the race we were leading with our number 911 car for quite some time, but ultimately, we couldn’t maintain the pace. After two mistakes in the pits and a defect in the No. 912 car, the gap was so large that we simply couldn’t catch up. That’s disappointing. We’re now preparing meticulously for the next round so that we can strike back.”

Frédéric Makowiecki, Driver, No. 911 Porsche GT Team Porsche 911 RSR-19.
“I was so surprised at how our competitors were suddenly able to improve in the last stint. We simply couldn’t match such a fast pace. We tried everything, but in the end, we couldn’t do more than fourth. All in all, our performance is nothing to be ashamed of. We did a great job as a team – and that includes the mechanics, engineers, strategists as well as us drivers.”

Nick Tandy, Driver, No. 911 Porsche GT Team Porsche 911 RSR-19.
“It was almost the perfect weekend for us. We were ahead in free practice, in the lead in qualifying and also over long stretches of the race. Unfortunately, when the track conditions changed, we couldn’t quite maintain the pace in the end. In fact, the competition even managed to improve. Obviously, the result is disappointing, but our performance has once again underlined that our maiden victory with the new Porsche 911 RSR is sure to arrive soon.”

Laurens Vanthoor, Driver, No. 912 Porsche GT Team Porsche 911 RSR-19.
“We can forget about today. We made two minor mistakes during pit stops which resulted in drive-through penalties. That alone would have been enough to throw us out of contention for a class win. Unfortunately, on top of that, we had a problem with the brakes. The repairs cost us several laps. That was the final straw.”

Earl Bamber, Driver, No. 912 Porsche GT Team Porsche 911 RSR-19.
“This race was a disappointment from start to finish. The penalties were annoying, but that happens sometimes. What was worse was the damage to the brakes, which was probably caused by driving over debris on the track. That relegated us so far back that we no longer had a chance.”

Patrick Long, Driver, No. 16 Wright Motorsports Porsche 911 GT3 R.
"It feels amazing to get up on to the podium. It has been a few weeks coming. Unfortunately, track position was the name of the game at the end. We executed the plan on an overcut, and we were able to come out of the pits in front of the 48. I did everything I could to keep Bryan Sellers behind me. In the end, that was the race for second, or maybe first. I’m not sure if the Acura was saving for the end, but he was coming back to us and we had a lot of speed in clean air. Third is where we finished, and we’ll use this as momentum for building to the end of the year. Jan was great to have this weekend, and hopefully we can get him back in the car for Petit Le Mans and Sebring International Raceway and finish this year strong."