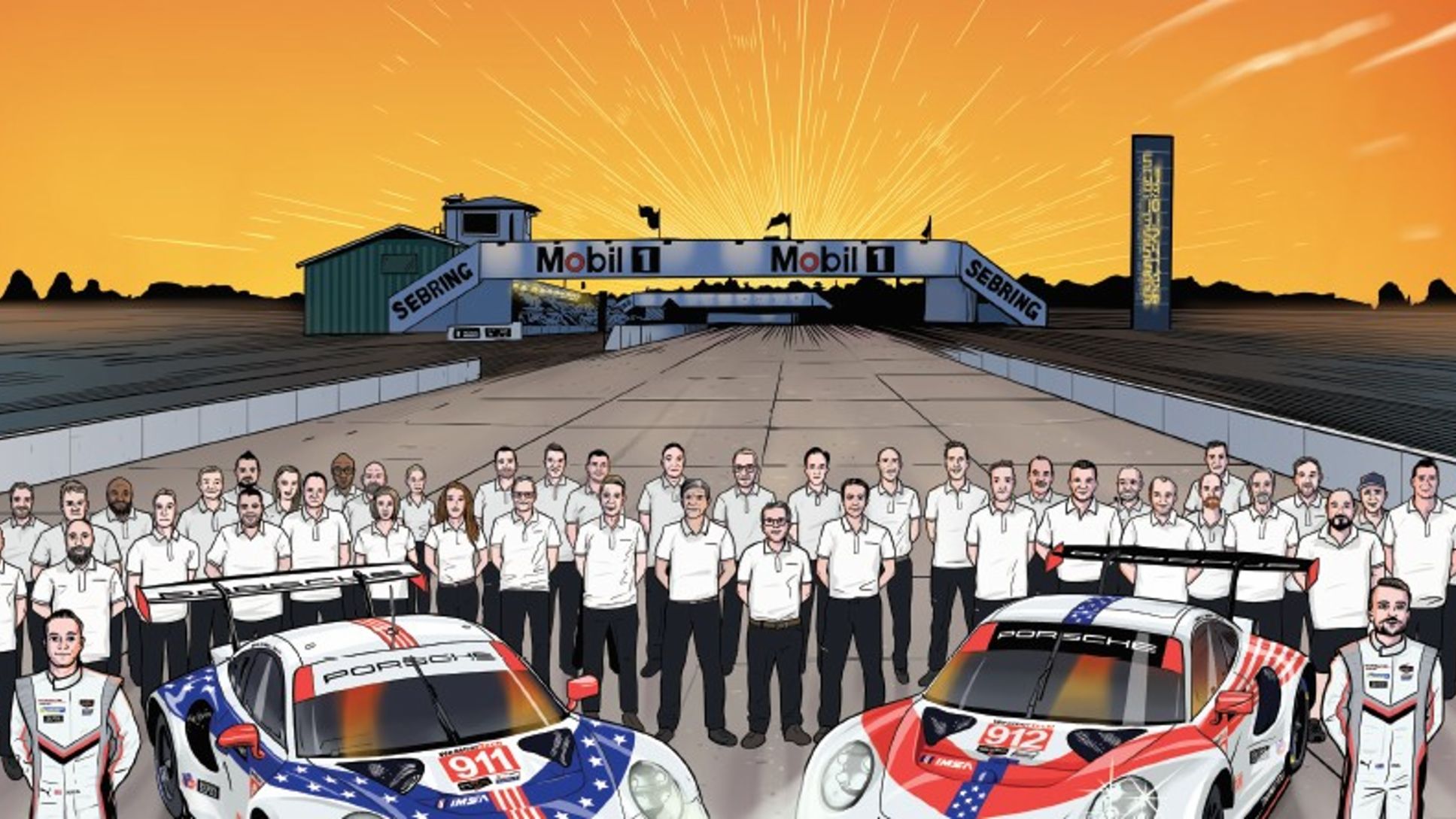 To recognize the final IMSA WeatherTech SportsCar Championship race for the Porsche GT Team, Porsche Cars North America commissioned famed artist Paul Borchers to create a special “Thank You” poster. The graphic illustration is a multifaceted symbol of the Porsche “Team Made” concept realized in a visual of the full CORE autosport race team and Porsche GT Team staff standing behind the Nos. 911 and 912 Porsche 911 RSR-19 race cars and drivers: Frédéric Makowiecki, Nick Tandy, Earl Bamber and Laurens Vanthoor. Draped in the “Thank You” liveries recognizing the team’s uniquely American success, the car’s red, white and blue, stars-and-stripes livery reflects the team’s connection to the United States for this farewell event – the race cars, sitting on the Sebring International Raceway, have headlights shining on the “Team made.” mantra placing the spotlight on the comradery and dedication of the North American race team and the success of the last seven race seasons. With every eye looking forward, reminding all that as long as there is a Porsche, there will be a Porsche race car, a beautiful orange sun sets over the Mobil 1 Bridge.

Artist Paul Borchers was born in New Zealand, raised in the Netherlands and is based in San Francisco, California. His art and commercial projects have earned critical and popular recognition around the globe.

Porsche Cars North America has commissioned posters for IMSA events since 2018. As these posters’ primary purpose was for driver autograph sessions at the track as well as dealer events, the production of physical copies was stopped after the Covid-19 lockdown but a poster for each race was created to continue the fan-focused initiative. Digital copies of each 2020 poster remain available at the Porsche Newsroom for download. A limited run of “Team Made.” will be printed concluding the popular collector’s item. These will be available to fans on the at the Porsche Shop on the Sebring Midway while supplies last.