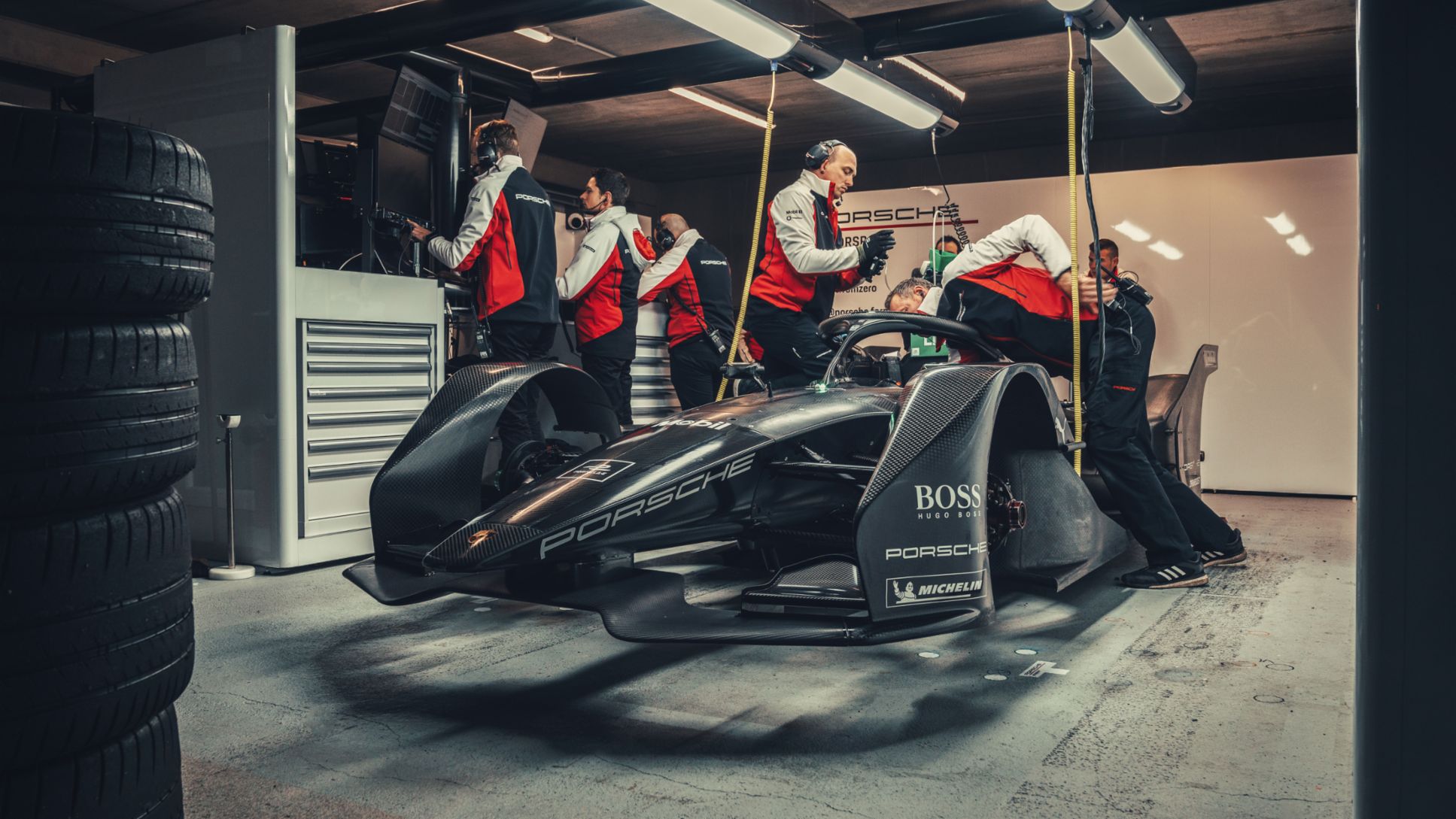 The core of the operations team is made up of Pascal Zurlinden, Amiel Lindesay, Malte Huneke and Carlo Wiggers. All are familiar faces in motor sport who want to emulate previous successes.

Born in France, Zurlinden trained as an automotive engineer and holds a Masters of Science in Motorsport Engineering and Management. With his passion and qualifications in race technology, Zurlinden has supported French racing teams, the DTM department at the Opel Performance Center, as well as the Phoenix Racing squad. In 2008, he moved to Audi Sport and spent several years working on the preparation, implementation and follow-up of the technical aspects of the DTM vehicles. He has been with Porsche since 2014. His first task there was as test and strategy engineer in the LMP1 project. In 2017, he took over responsibility for the ‘Balance of Performance’ in the GT field and, in 2018, the role of Director of GT Factory Motorsports. Under his leadership, Porsche achieved prestigious wins at Le Mans, Bathurst and Spa as well as at North American races including Sebring and Road Atlanta. In August 2019 Pascal Zurlinden took on a key role in Formula E in addition to his role in GT works racing as Director Factory Motorsport.

Head of Operations for Formula E

Born in Auckland, New Zealand, Amiel Lindesay has always had a keen interest in cars and especially motor sport. After competing in amateur motor racing in New Zealand, Lindesay was sold on the overseas experience after meeting some friends who were already working in Europe. His passion for racing and its technical details took him to Switzerland in 1999. He started his career as a mechanic at Jenzer Motorsport, where the team won the German Formula Ford championship the following year, before more success followed year after year. From junior single-seater categories such as Formula Renault and World Series by Renault, where he also won many European races with drivers such as Neel Jani, Lindesay made his way up to Formula 1. In 2005 he moved to Switzerland and joined the Sauber F1 Team as a gearbox mechanic. When BMW bought the Sauber F1 Team, the squad celebrated multiple successes. Highlights included the win at the 2008 Canadian Grand Prix, as well as pole position for the 2008 Bahrain Grand Prix. After the 2009 season, BMW withdrew from Formula 1 and focused on building up a return into DTM, a journey which Lindesay joined. In 2010 the New Zealander started to work for BMW Motorsport as Track Operations Engineer. Highlights included winning the driver, team and rookie championship. In November 2012 Lindesay joined Porsche for its LMP1 project, becoming a key person on its way to success. As crew chief, he was in charge of the mechanics at the race track, as well as at the headquarters in Weissach. Three Le Mans wins in a row was an unforgettable highlight, from 2015-2017, where he played a crucial part in leading the mechanics onsite. Since Porsche announced its commitment to Formula E, Lindesay has been involved as Team Manager during the build-up of the works team entry into the fully electric racing series. Since August 2019, the New Zealander has handled additional responsibilities as Head of Operations Formula E.

Malte Huneke has been with Porsche for a number of years. After studying mechanical engineering at the universities of Braunschweig and Waterloo (CA), Huneke joined the German sports car manufacturer in 2005. While working in different technical positions on cars like the 911 RSR, RS Spyder, GT3 R Hybrid and 918 Spyder, he completed his studies for a PhD in Mechanical Engineering in 2012, writing his thesis on the subject of vehicle dynamics. When Porsche decided to return to LMP1, the German joined from the very early stages of conceptual work and became Head of Performance in 2014. In that time, Huneke played a crucial part in achieving the LMP1’s successes. As Head of Performance, he was leading technical departments, being responsible to get the maximum out of the 919 Hybrid. Being a triple Le Mans winner – manufacturer and driver champions from 2015 until 2017 – remains as his career highlight so far. In 2017 Huneke made the shift to the Formula E project, becoming the Technical Project Leader and Head of Performance and track engineering.

Carlo Wiggers made his way through different corporate roles, starting his career at BMW. Born in Cologne, he moved to the UK at the age of 26, working as Motorsport Executive for BMW UK. In 2005 Wiggers was offered the role as Project Manager Formula BMW in Munich, which he did for the next three years. In 2007 the German took on the role as Head of Commercial & Touring Car Affairs at BMW Motorsport before he joined the Motorsport Marketing team at BMW AG in 2011. After two years of leading the BMW Motorsport marketing department and its DTM duties, Wiggers joined Porsche in 2013. As Head of Team Management LMP1, Wiggers fondly remembers the success of winning Le Mans three times in a row (2015-2017). In his new role as Director Team Management & Business Relations Porsche Motorsport, Wiggers has been responsible for various team and business aspects within GT sport and Formula E since the beginning of 2019.