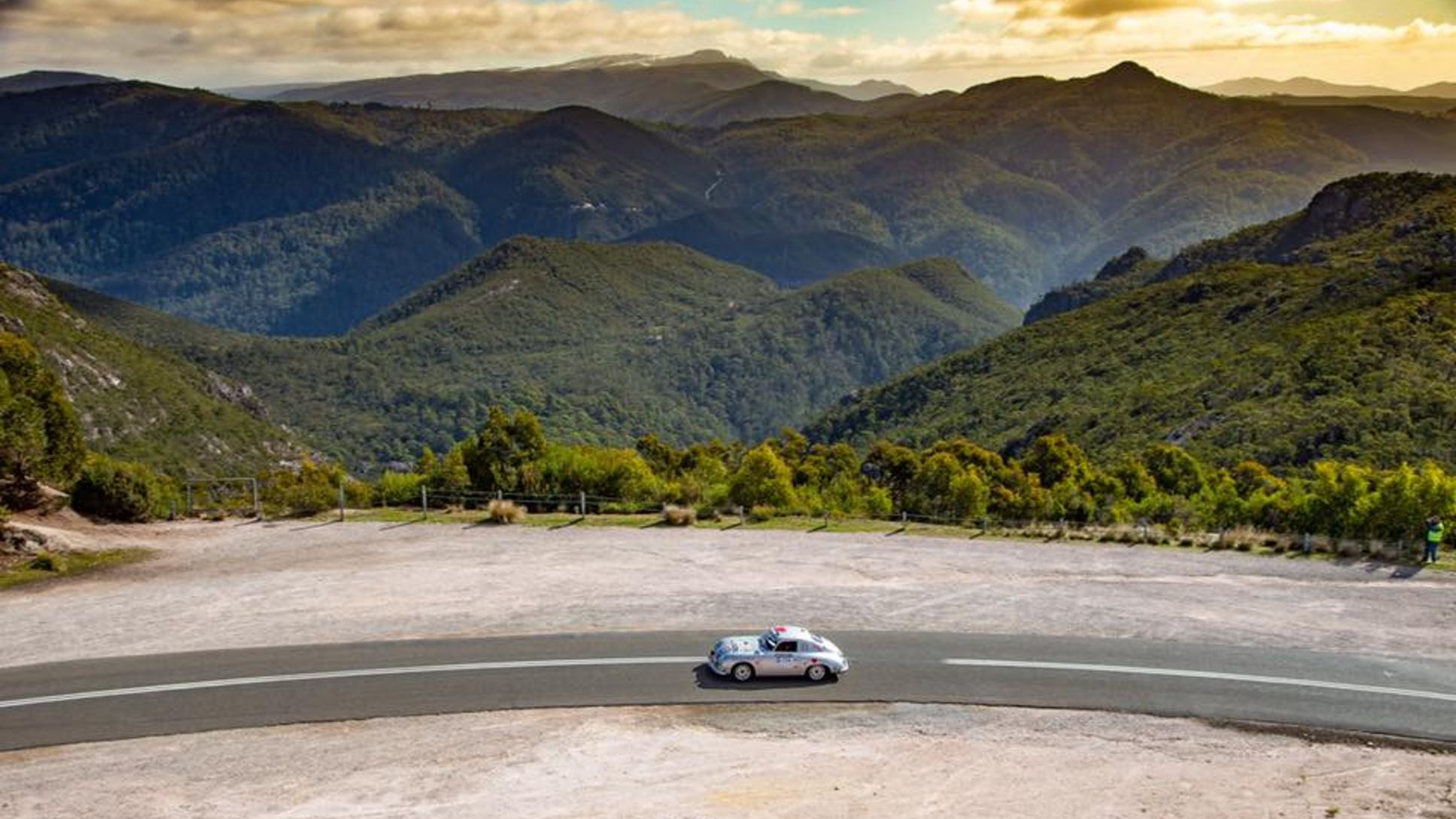 In the following few years she has improved her time and overall standing and continues to be one of the only women drivers to compete and succeed in what is known as the most dangerous road race of its kind in the world.

Renée’s passion for racing a car began as a teenager after her father taught her to drive a stick and bought her a second hand, souped-up VW Bug. Right from the start, she found herself putting the “pedal to the metal” and quickly fell in love with the craft of driving smoother and faster.

woman with drive caught up with Renée during Targa Tasmania to find out why it took her three decades to finally to go racing.

Renée, you are a successful race car driver, why did you finally decide to go racing?

“I spent 30 years having a subconscious conversation. I heard myself for the first time folding laundry, something women do sometimes, and heard the voice in my head for the first time that I’d been saying, one day I’m going to…. and I filled that blank with: race a car. I can’t explain why I said race a car, because I have no background with racing. But it was like a little bright light at the end of a tunnel. It’s something that kept me going. I heard myself say that and I thought now I have to go do it. I have to go do what I’ve been saying just for my self-respect and to not be on that deathbed one day and say why didn’t we try.

I was a young mum. A pre-med student in college, got married at 22 and was going to be a doctor. When we started our family, I was working towards finishing my degree. So, we stared our family early and we were still taking classes, but when I had my first child, I just had such joy being a mum. So during that time I poured all my energy and enthusiasms into my family, not having time to peruse any of my passions and that is exactly why I had to do something so big and so bizarre and out there that’s how it started.”

How did you get started in rallying?

“It wasn’t something I wanted to do or was looking forward to doing. In fact, I was angry with myself for having said such a daunting thing, but I had to get started. So if you are going to race you have to have a car and when I saw the Porsche 356, it was like “I wanna drive that car”. It’s historic, hot and beautiful.

That’s the one I wanted to race in. So I found one and thought ok, then you have to find out what kind of racing you want to do and there are so many different kinds of racing. When I heard about rally racing and this race in Mexico, I thought that sounds quite exciting. I didn’t know anything about it, that was my first exposure to racing. I went out in the first year in our new car and this new team and me not knowing how to drive and I even told my crew, this race will be my school. We ended up winning our class that year. So much of that was having a team that was so dedicated, enthusiastic and passionate. Knowing you are living the dream, you want to complete the dream and having all of that energy and desire and passion, made it happen.”

The Panamericana was your debut, what brought you to Targa Tasmania?

“I found the races are a powerful platform to inspire others to go places in their life where they are afraid (to go), conquer their fears and follow their dreams. Whether it’s in La Carrera in Mexico, or East Africa, you see how races affect people. People get excited and cheer you on. When they see a woman is doing this, they think, hey I could do something different to whatever box society puts me into. I can go beyond what I imagined for myself and other people imagined for me.

I created project 356 World Rally Tour to take the car and race it on every continent, why not, it’s never been done before. Over the next two years, we are going to race 6 races on 7 continents. Targa Tasmania is the second race; we are off to the Grand Prix South America later this year, Peking to Paris mid-2019 and the East African Safari Classic in late 2019. We then finish with the Antarctica Ice 356 early 2020.”