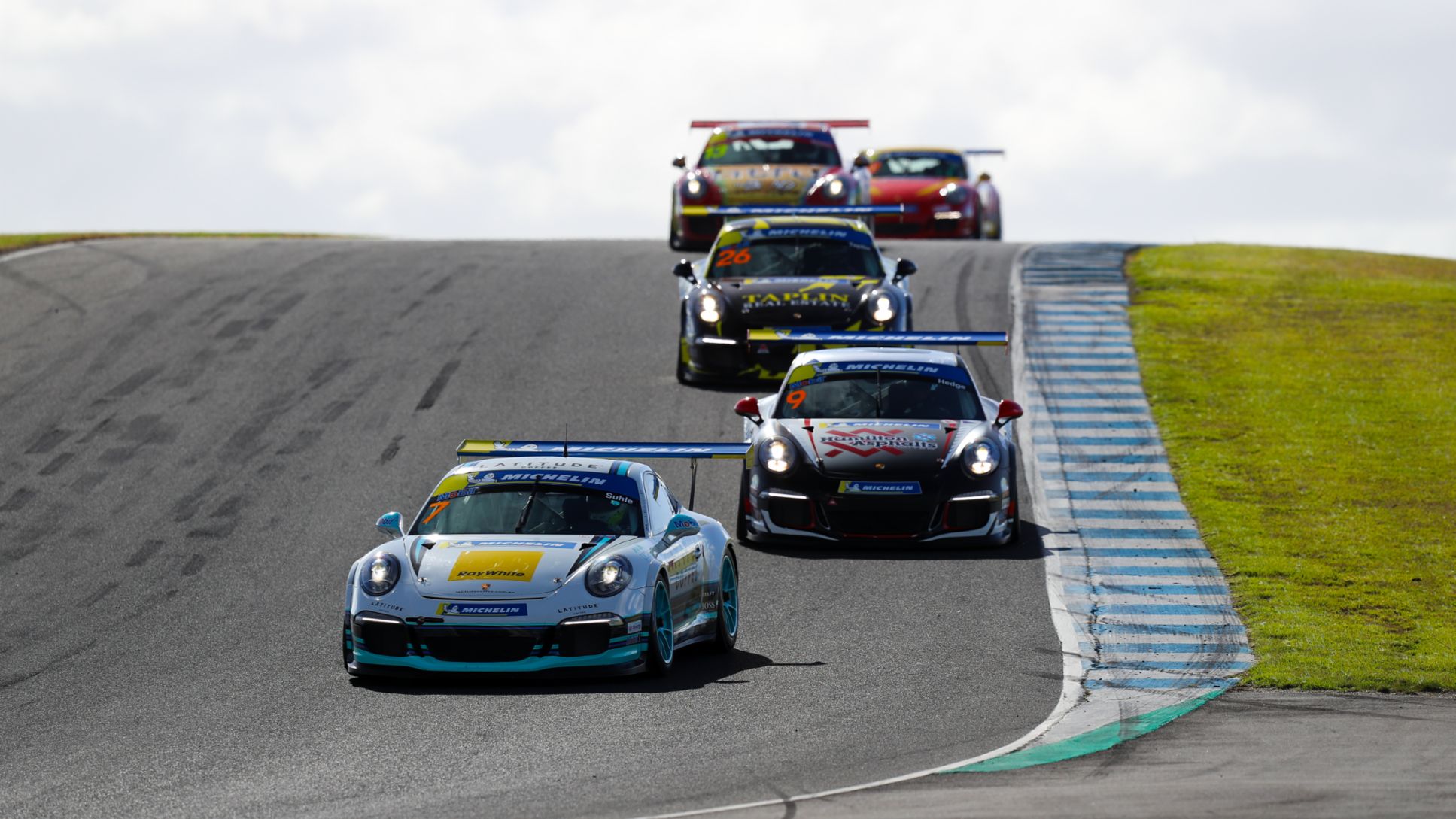 A full Shannons Motorsport Australia Championship program has provided a rare opportunity for Porsche Michelin Sprint Challenge competitors to qualify under lights on the Friday evening. The 20-minute qualifying session follows two earlier practice sessions on the first day, before the business end of the weekend starts early on Saturday morning, where teams contest a 20-minute Sprint race followed by a 45-minute Endurance race. The final 20-minute Sprint race of the weekend takes place on Sunday afternoon, with all three races broadcast live on the 7plus app.

The Porsche Michelin Sprint Challenge series last visited Sydney Motorsport Park in May 2019, a fiercely competitive round that saw three different winners from the three races. Max Vidau won race 1, while Ryan Suhle and Harri Jones shared the spoils in races 2 and 3. Sam Shahin was fourth overall and took home the silverware in the Morris Finance Pro-Am class.

Suhle will be hoping to carry the momentum from both Round 1 and his 2019 race victory into Sydney Motorsport Park this weekend, with the McElrea Racing driver currently leading the Mobil Pro Championship from the Team Porsche New Zealand rookie, Callum Hedge. The impressive New Zealand teenager gave the Earl Bamber Motorsport team their maiden win on Australian soil on his (and their) debut and will again be a podium contender in Round 2 together with McElrea Racing team mates Christian Pancione and Bayley Hall, as well as Courtney Prince from the Sonic Motor Racing team.

In Morris Finance Pro-Am, Porsche Centre Melbourne driver, Matt Belford, leads the Championship for the first time in his career, from Sam Shahin. David Greig sits third with Michael Hovey fourth after a second in race two in Phillip Island. Shahin became just the third driver to notch up 100 race starts in the series in the opening round, only Ross McGregor (106) has more.

The Bend Motorsport Park owner will also surpass John Goodacre for second on the list for all-time starts in Sydney – and will eclipse Goodacre for rounds started at the Sydney circuit, with the pair currently tied on 34 starts a piece following the Victorian event. 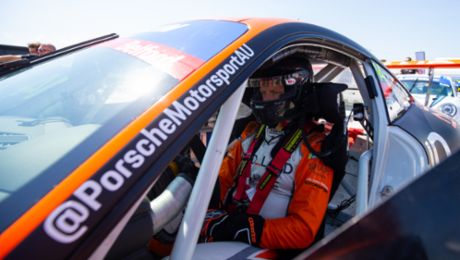