Four Army personnel from the Brigade’s 3rd Battalion, The Royal Australian Regiment, based in Townsville lent a helping hand to Porsche Paynter Dixon Carrera Cup Australia teams on the weekend in support of the local community. Recent travel restrictions due to the Coronavirus pandemic limited the number of available pit crew, that Carrera Cup Australia teams could have travel onsite at the Reid Park Circuit for Round 3 of the series and their support was greatly appreciated throughout the Porsche paddock.

A thankful Dutton EMA Motorsport Team Manager, Mathew Nilsson said, “It’s been a challenge for all the teams to be up here this weekend with the Covid situation, unfortunately for ourselves and I’m sure a few other teams up and down the pit lane, using contract labour at events has been difficult as some of those contractors have had to stay at home for obvious reasons and couldn’t run the risk of travelling.  My brother-in-law is a Major in the Army here and I gave him a call to see if the Army would be able to assist and the opportunity grew from there. They have been on hand to not only help us, but other teams this weekend. It has been great to share our experiences and knowledge. Thank you to the Army for their support and to the personnel that worked with the teams for their exceptional efforts.”

Dylan Glasson, Captain, 3rd Battalion, The Royal Australian Regiment, Australian Army said of the experience, “We were just lucky that one of our officers in command at the 3rd Battalion Royal Australian Regiment is family with the engineer at Dutton EMA Motorsport, so they made the call out to see if we wanted to help out and we said absolutely, so here we are assisting Dutton EMA Motorsport and other teams, it’s been absolutely amazing weekend.”

David Wall, Team Owner and driver of Wall Racing Team said, “I had Mathew Nilsson come up at the airport and say that he knew we would be quite short staffed this weekend as our staff had been in quarantine for 15 days on the Gold Coast. We only came with five full-time staff to run two cars, which is very minimal. So we met Kai (Watson) here on Thursday and he’s fitted into the team really well, giving us an extra set of hands. He’s not making the changes on the cars, but is doing everything else he possibly can to help us and it’s been very welcome from our behalf.”

The Red Bull Ring continues to be good turf for Jaxon Evans: The New Zealander won round three of the Porsche Mobil 1 Supercup on the Formula 1 circuit in Styria. It was here in 2020 that the Martinet by Alméras driver won his very first race in Porsche’s international one-make cup. 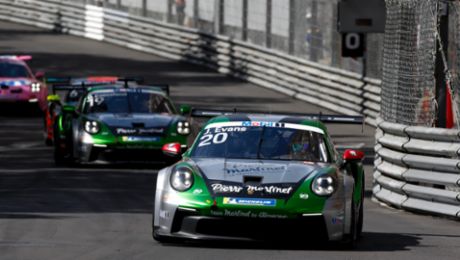 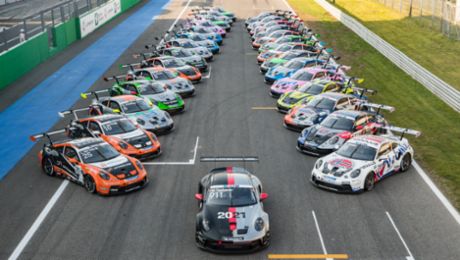