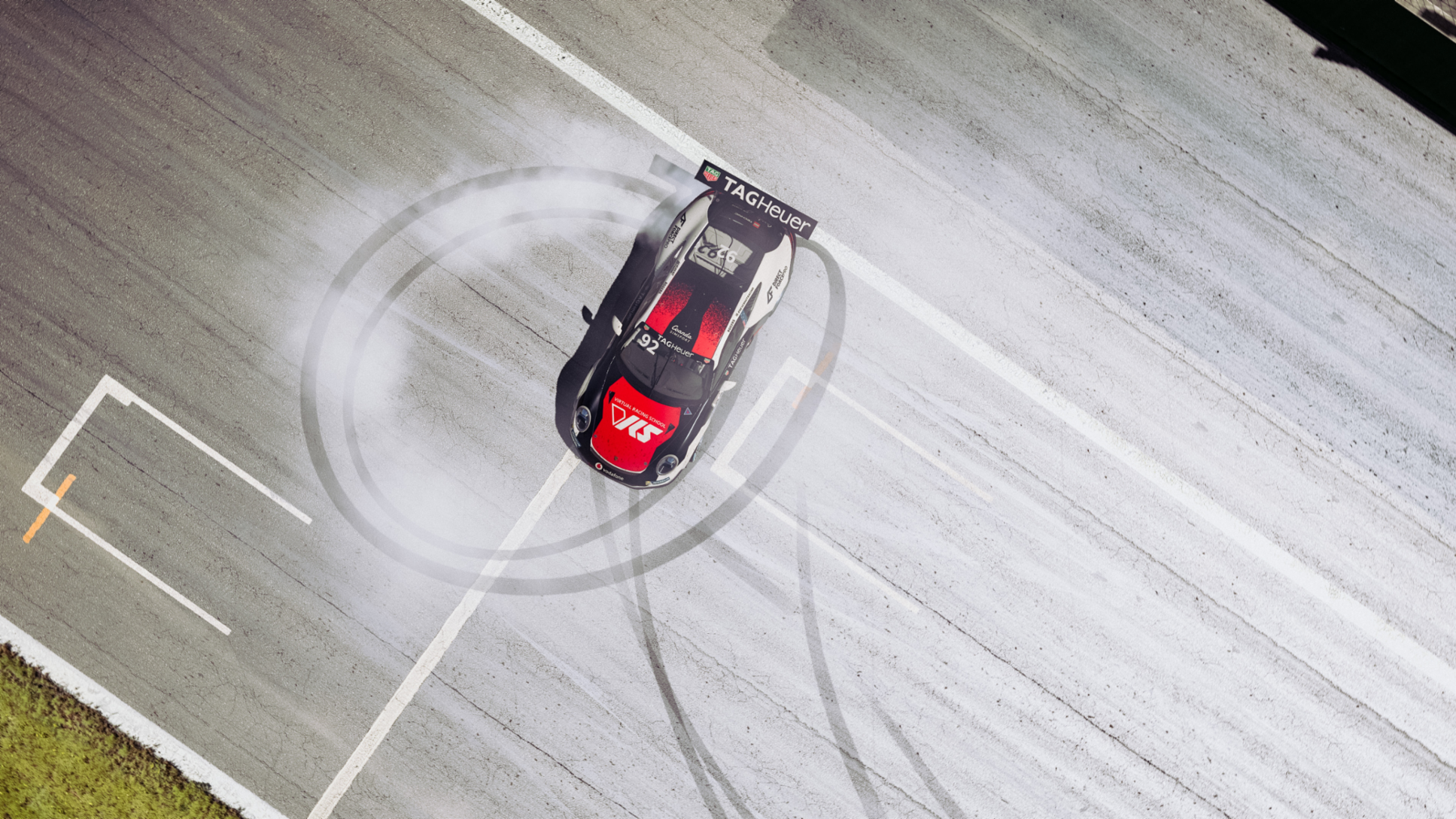 When it comes to International e-sports and GT racing, Australian Joshua Rogers, is sitting on top of the Porsche sim racing world.

As a Porsche champion, Rogers will receive his trophy at the traditional Porsche Night of Champions at the end of the year, but in addition to the glory he also takes home US$50,000 and a high-quality watch for winning the TAG Heuer Pole Award.

So, where to now? When we last spoke to the young former karting champion, he harboured ambitions to also race a real, as well as a virtual Porsche.

Now that you’ve won your second Porsche TAG Heuer Esport Supercup title, has the time come for you to move from sim to real-world racing?

I’m in no hurry. It would be nice to win a third Esport Supercup and I’m clearly in the best place to attempt this.

Plus the way the COVID pandemic is playing havoc with staging real motorsport events with crowds and sponsors, sim racing is rising in popularity all the time, so perhaps it’s too early to consider this.

The qualifying series for next season begins in July already and the 20 best-placed drivers from this year are automatically eligible to compete next season, so it will be interesting to see where the top 20 from 2021 stack up against the newcomers to the series.

Are there any weak spots in your sim racing?

Experience makes you better in most sports, but the one area in which I probably need to improve is my qualifying performance. In the past it was always one of my strongest traits, however this year it slumped a little, nothing that can’t be improved though!

Does being a Porsche GT champion give you any special kudos with the factory?

No more than it does for the winner of the real-world Porsche Mobil 1 Supercup, as I’m one of 11 driving for VRS Coanda, which is just one of the competing teams. But receiving my award at the Porsche Night of Champions is a very special honour, as I’ll clearly be in elite company. I’m also pretty sure all the right people now know my name!

So, do you get a road Porsche to drive now?

I wish! I don’t even own a car, because where Coanda is based in Germany near the Dutch border, everything I need is at hand. But when I do get a car, a few laps of the Nordschleife is certainly high on my list – it’s only 90 minutes’ drive from my home!

You don’t only race Porsches, do you?

No. I’ve sim-raced various other GT cars and V8 Supercars, but in an event like Le Mans, VRS Coanda is like any other top independent racing team - we go with the make that will give us the best chance of victory and Porsche is most often the pick here. We have a lot of experience racing them, and from working with the Porsche Competiton Department for the Virtual Le Mans, we learnt a huge amount about the key aspects of the road to success.

Have you been racing the 991 or the latest 992 series GT3 Cup cars in the Esport Supercup?

We have still been racing the 991-series cars, so I’m really looking forward to getting into the 992 model cars next season, as with the new wishbone front suspension and aerodynamic updates, there are more things we can adjust to make them even faster.

While you race for VRS Coanda, do you do any individual sim coaching?

I do a little, as iRacing is both my job and my hobby – generally two to three sessions per week with all coaching going through Virtual Racing School (Coanda’s major partner) where I work as a coach.

Do you ever get requests from any regular racing drivers to lift their sim game?

I can help to a certain extent, but there’s still a gap between us in physically experiencing what a racing car does, so there’s a limit. I can help them get the most out of the sim in      iRacing, but they have a feeling for how the car feels and behaves on the limit that I don’t, so there’s ultimately a gap between what we can share.

I am in pretty regular contact with Porsche team drivers like Matt Campbell and Neel Jani, so there’s always something to discuss when comparing real life to the sim. There are differences for sure, but also many similarities, maybe more than you might expect!

How fit do you need to be as a top sim racer?

It’s obviously not as physically exhausting as real-world racing, although the level of mental strength and concentration required for a professional sim racer, particularly in endurance racing, is probably similar. Therefore keeping fit, particularly in the cardio-vascular area, is important and I work on this. This allows us to keep our heart rate low in high intensity scenarios, improving our focus and overall consistency.

Most of my main sim rivals are currently my VRS Coanda team mates, and just like in real-world racing, your team-mate is your biggest rival, so the  in-house competition makes each of us stronger and keeps us at the top of our game.

You are now a veteran sim racer at 21, but some of your main sim racing rivals are even younger. How long can you stay at the top?

Fortunately for me, age is less of a barrier in sim racing. But I definitely see another good 10 years in me if I want it!

From Gladstone to (virtual) Le Mans

Back 13 years ago, Rogers made his first attempts racing the classic way, starting with karting, at the age of seven. It was a logical leisure time activity for the boy from Gladstone, whose parents were inveterate V8 Supercar fans.

Originally, Rogers and his friends from karting ventured into the virtual racing world just for fun, but they quickly used the simulations as a tool to practice racing whenever they couldn’t be karting.

After mastering the Grand Turismo and Codemasters’ Formula One games, Rogers soon wanted more challenges from his racing. Despite coming close to winning a national karting title in 2017 and with V8 Supercars out of his financial reach, he chose the iRacing platform, which offered the tightest competition and international gaming opportunities.

As an Australian competitor, Rogers has faced some additional struggles in the past when racing at European or US championships. Different time zones were among the problems he had to overcome, as races often started at midnight and finished at sunrise.

The decision to base himself in Germany, rather than to remain in Australia, was a decisive move in his career ascendancy.

His true breakthrough year was 2019. With his enthusiasm for competition growing, Rogers started to enter highly stacked events and had his first full season in iRacing’s GT World Championship Series. He dominated the first season of the Porsche Esports Supercup, claiming the title with an impressive margin of 34 points. Porsche Motorsport took notice.

Then came the COVID-19 pandemic; regular racing shut down and sim racing exploded.

Instead of the traditional Le Mans endurance race in June, with the real-world event postponed until September, Porsche Motorsport threw all its resources at the online version of French enduro in 2020, tackling the digital event with four virtual 911 RSR, each crewed by two real racing drivers and two Esports professionals in partnership with the top-rated Coanda Simsport team for which Rogers races.

Employing the rFactor 2 simulation, which is also the home of the Formula E Race ‘At Home Challenge’, vehicle camber, track adjustments, brake balance, spring and damper settings, anti-roll bars, traction control and aerodynamics were among the many parameters that Rogers and his engineers were able to employ to ‘tweak’ their car to improve performance and handling. Fuel consumption and tyre wear also needed to be factored into each RSR’s race strategy. For the sim drivers, this also meant that, like in real racing, they had to analyse the data with their engineers after leaving their consoles — from braking and turn-in points, brake pressures and virtual throttle valve positions to the optimal timing of gearshifts.

For their part, the organisers of the virtual 2020 Le Mans 24 hours took care to keep race conditions as real-world as possible. Competitors drove through the day and night, with a random generator available to change the weather to reflect actual conditions at the Sarthe circuit the same weekend. To support the four crew chiefs responsible for the individual RSR, Porsche established a ‘Battle Room’ in the converted garage of a neat white rented house in Germany just a stone’s throw from the border with the Netherlands. Here, Rogers and his team-mates removed their shoes and placed them in a specially designed cupboard as part of a morning ritual to start what for most was a 10-hour day training on the simulator.

Over the race’s 24 hours, each of the four drivers per car had to spend at least four hours at the wheel, but no more than seven hours in total, or more than three hours within a five-hour period. Failure to stay within the track limits was also penalised, as were collisions. Even minor brushes between cars could have a major effect on performance and while the damage could be repaired in the pits, this cost precious time. As far as a race strategy was concerned, the Coanda sim racers benefited considerably from the unique experienced gained by Porsche at Le Mans through its 19 outright and numerous class successes over the years.

“I don’t know what to say,” said a delighted Rogers after the #93 RSR took the chequered flag to win by a full lap. "We put so much work into this project — it was a massive team effort." 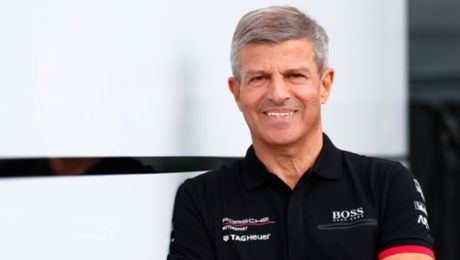 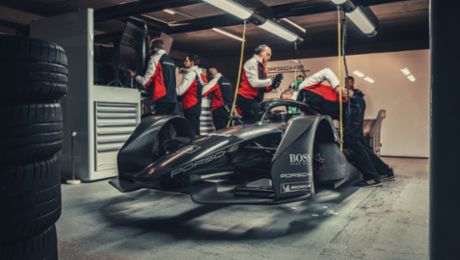 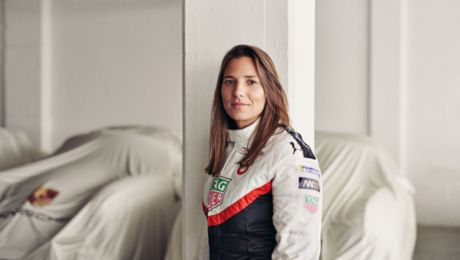 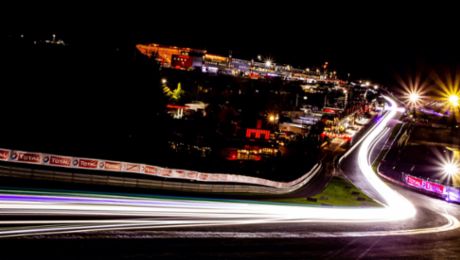 With ten customer teams, twelve 911 GT3 R and a total of 40 racing drivers, seven of which are works drivers, Porsche is represented by an impressive line-up at the Spa-Francorchamps 24-hour race.