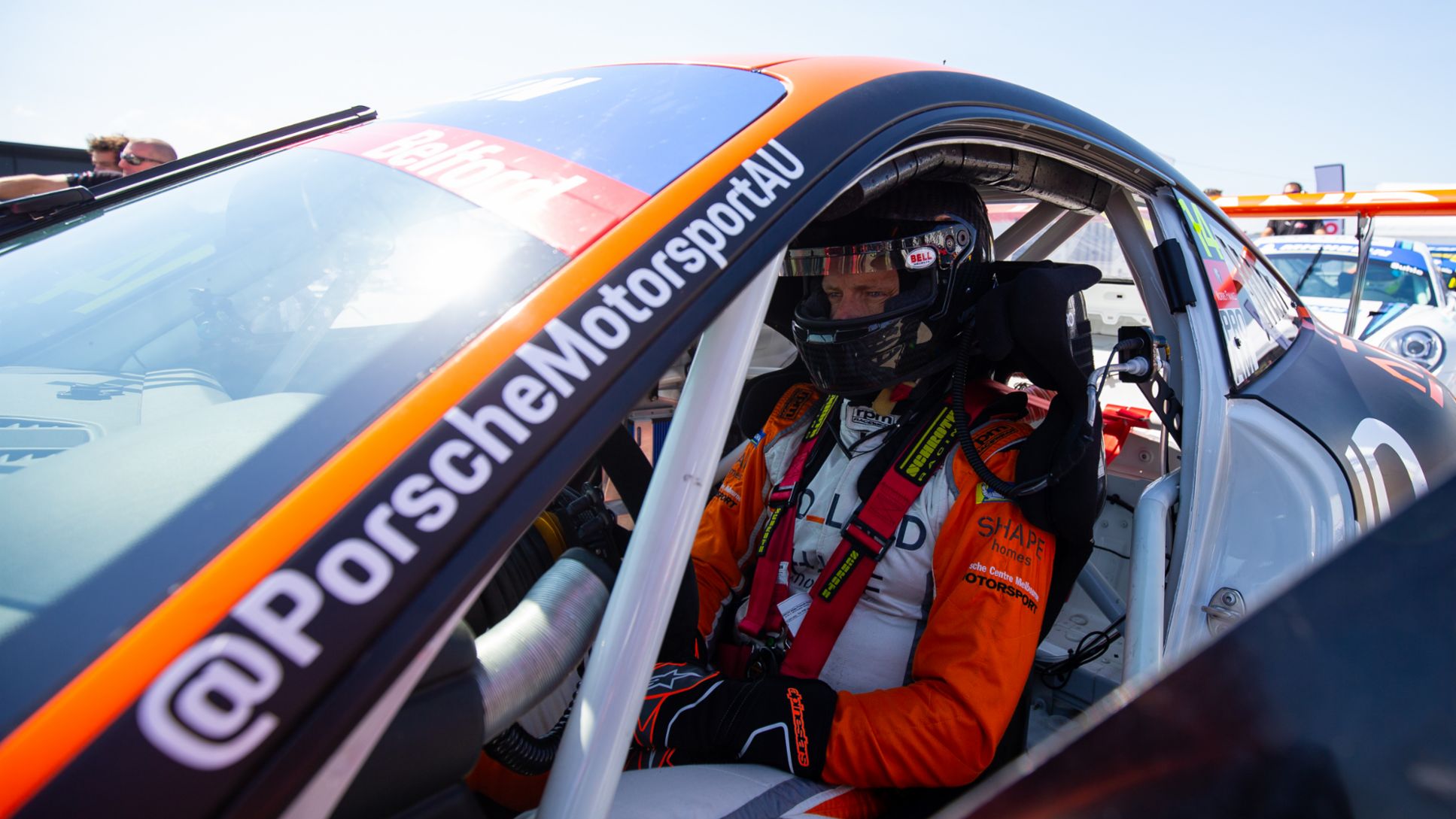 His story is a great example of where the Porsche Track Experience can develop participants and how his journey up the Porsche Motorsport Pyramid offers opportunities for drivers of all experience levels, to ascend from track day enthusiasts to the top echelons of national competition.

Belford’s passion for motorsport evolved after completing all five levels of the Porsche Track Experience in 2018.  His brother, also a keen motorsport enthusiast and historic racing competitor, then convinced him to buy a Porsche 911 GT3 Cup car to use in track days.

Belford participated in a range track day events including the Porsche Pole Position experiences at Albert Park and Bathurst, before returning to Porsche Track Experience to complete Level 4 and 5 again in 2019.

The Melbourne resident joined the Porsche Centre Melbourne Motorsport team under the guidance of Team Manager and Race Engineer, Karl Batson the same year. Belford improved every round and would finish seventh out of 15 Pro-Am competitors in his debut Porsche Michelin Sprint Challenge season in 2019.

According to Batson, “Matt was a quick learner from the start and takes instruction well. He never gets flustered or emotional at the track, he just comes in from every session sees where he needs to improve and goes out and does it.“

“Every test and race session we’ve had with him, he’s bettered his personal best and lap times. Overall he’s down-to-earth and a great guy to have in the team, we all get on very well,” Batson enthused.

McBride, himself a widely experienced and successful Mobil Pro driver in the premier Carrera Cup Australia series said, “When Matt joined the team, he had next to no racing experience, which was an advantage in a way as he was almost a clean canvas to work with. “

“He’s very driven and has a natural ability and picked up pace fairly easily. His first year he showed massive glimpses of speed, but lacked the experience to give him the consistency and extract the best from the car in qualifying.”

“He has a really good attitude and knows what success looks like on and off the track. You can see it in how he prepares and does his homework before test days, he’s very analytical, spending a lot of time reviewing data to know what the limit is and what’s achievable. I think he’s also learn’t from Jonathan (Gliksten) at high speed circuits.”

“The biggest difference I’ve seen in him this year over 2019, was that he is not making the same mistakes. He’s an intelligent driver and for example knew to drive within himself in the wet at Phillip Island and that ultimately won him the round. He’s on a very steep trajectory of improvement and I feel he will be very quick in a year or so, with every race he gets under his belt,” McBride concluded.

Belford will be in action in Round 2 of the Porsche Michelin Sprint Challenge series which takes place at Sydney Motorsport Park from 30 April to 02 May. All three races will be broadcast live on the 7plus app. The app is free to download and accessible from any computer, smart tv, or mobile phone, together with replays of each race on demand.

To learn more about the Porsche Track Experience and the courses available visit https://porscheevents.com.au/Track-Experience or email trackexperience@porsche.com.au 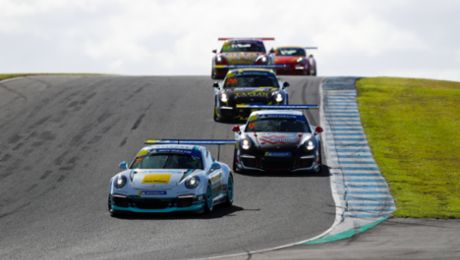