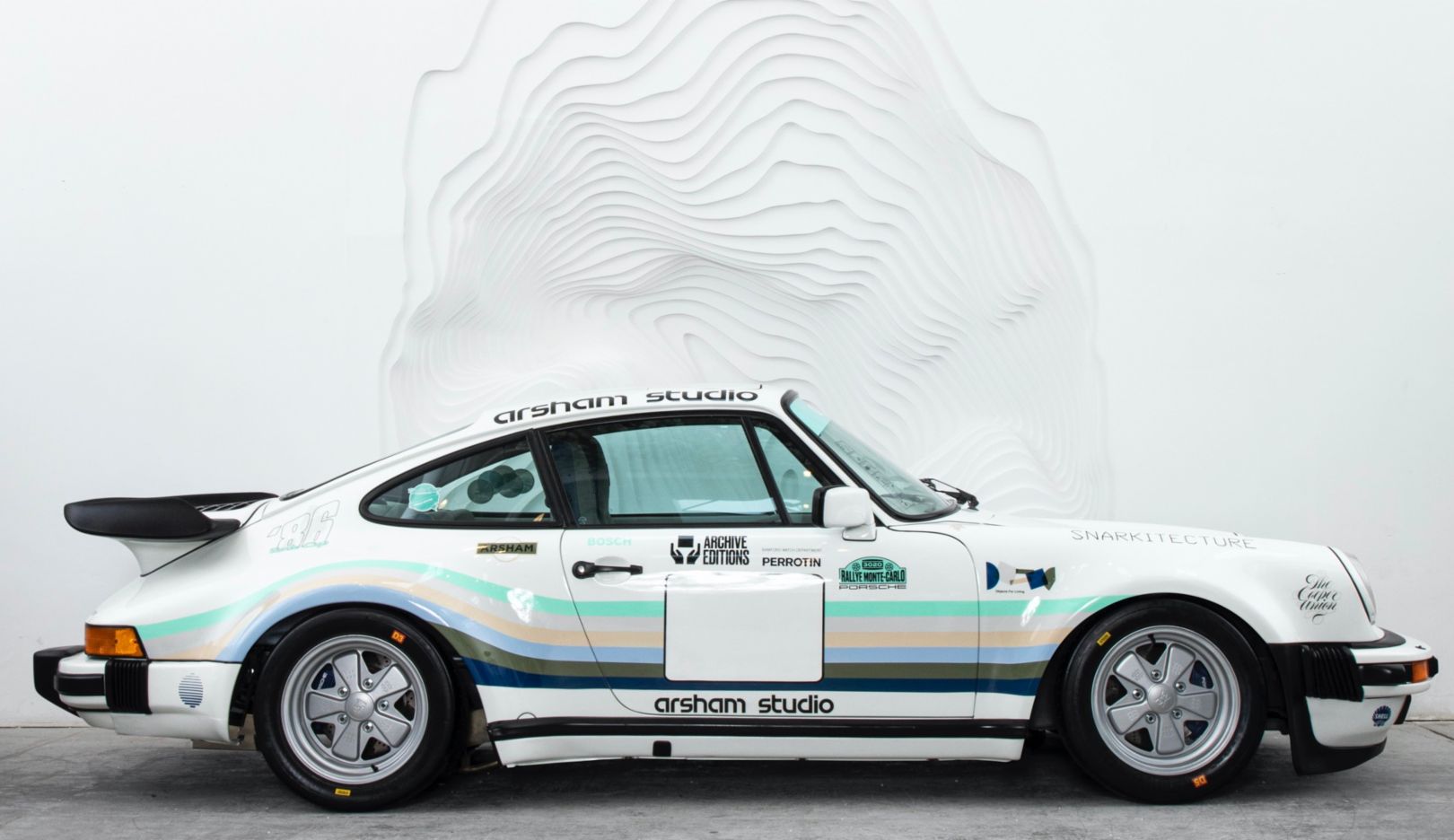 As a child, Daniel Arsham spent his time drawing sneakers, cameras and various Porsche models, in particular the legendary 911 Turbo. It became a passion that has accompanied him ever since – and provided the American artist with a source of inspiration for his latest artwork: a complete restoration and re-interpretation of a 1986 Porsche 911 Turbo – now the “930A”.

A dream came true for Daniel Arsham when he finally managed to complete a project very close to his heart after working on it for more than two years. His private 911 Turbo is today a drivable work of art, blending his own time-traveling concepts with the rich heritage of Porsche racing. “The 930A project developed into an obsession of mine over the last two years. From tracking down the original car with the correct mileage and proper condition to diving into every last detail - we left no stone unturned in the process to create the 930A,” explains the avid Porsche fan.

Arsham's multidisciplinary art involves projects that combine art, architecture and performance. His work is characterised by a dystopian style, portraying decay and deconstruction. In a previous collaboration with Porsche in 2019, Arsham created a 911 from the 992 generation in his post-apocalyptic style. That vehicle is currently touring in Asia.

The 930A project started with a simple question: how can Porsche’s tradition-rich motorsport heritage be combined with Arsham's own universe to create something new? “I imagined a futuristic Porsche racing team. Looking at Dick Barbour's 1980 Porsche 935 K3 and other iconic Porsche racing cars of the past, I blended these designs with my own history,” says the artist.

This design language has been applied to both the interior and exterior of the modified 930 to produce countless, lovingly designed elements with nods to iconic Porsche racing cars from the past.

“The '930A' project developed into an obsession of mine over the last two years.” Daniel Arsham

From the custom wheels that pay homage to the magnesium RSR rims and the 917-like gear knob, to the hand-painted livery and the bespoke upholstery, each piece has a traceable lineage to a moment in Porsche racing history or Arsham’s own.

He is particularly proud of the exterior design of the 930A. While it is the norm for a sports car to be adorned with logos and brand names, Arsham and team designed the 930A’s livery in collaboration with the artist David Gwyther, better known as Death Spray Custom (DSC), who applied the logos by hand in an ode to the tradition of hand-painted liveries.

The logos each nod to Arsham’s past – previous collaborators, gallery representations and fictional future races. “In a way, I was blending my own past with the heritage of race liveries,” says Arsham.

Besides the design, what proved most challenging for the artist on his way to finishing his artwork were the technical changes to the 911 Turbo. “I do not possess many of the skills needed to make these changes so I sought out experts in the field with the help of my friend, Ted Gushue from Type7,” he says. To build up and modify the car – including the engine, complete Focal sound system and custom rims –Arsham approached others to support him in his studio. Alongside DSC, Matt Crooke from the wheel manufacturer Fifteen52 helped with the retro-style wheels, producing the RSR-inflected rims and custom Arsham centre caps from scratch.

On the inside of the car, a special effort was made to honour the feel of the classic 911 interior while updating it with new materials. Heavyweight stonewashed canvas has been paired with leather in navy and grey tones to upholster the seats, dash and doors. The instruments have also been reworked by DSC in the colourway of the interior, even featuring a concentric ring detail as a nod to the speedometer of Japanese-imported Turbos in the 80s.

The countless hours and beads of sweat that went into the artwork – which took two years from concept to completion – are evident in the attention to detail both inside and outside the car. The collaboration is a testament to the idea that Porsche is not just a brand but a group of creative engineers, designers, and enthusiasts united by their boundless passion for sports cars and the culture of racing.

Porsche in the third millennium

Arsham had already dedicated one of his projects to the sports car manufacturer from Zuffenhausen, when in 2019 he applied a post-apocalyptic design to a Porsche 911 from the 992 generation.

By embedding crystals into the entire body of the 992, it created an effect which catapults the Porsche into the next millennium. Despite the overhaul, the post-apocalyptic 911 remains fully drivable and was an essential inspiration for Arsham to redesign his private 930. “The 992 was a unique project in that it was a brand new car. I incorporated the idea of crystallisation that was present in the other car projects that I've worked on before; however, it was the first drivable version of a car that I had made.”

That piece of work is currently touring Asia – taking a stop along the way at the Porsche Studio in Seoul. The car was also on exhibition at the Chengdu Motor Show, one of China's most influential annual car shows, where it also proved a crowd-puller. Further stops in Tokyo and Singapore are also on the agenda.

Another 911 from the 992 generation – in anthracite and as a 1:3 scale model – is used to symbolise how Arsham perceives time. Contemporary objects are, he says, subject to transience. To depict this, deep craters were etched into the car's body – an effect Arsham achieved by removing whole pieces of metal and replacing them meticulously with steel, plastic and rough quartz. The 1:3 artwork was recently sold at the Phillips auction house in Hong Kong for HK$ 1,625,000.

Daniel Arsham was born on 8 September 1980 and is today one of the most influential artists of our time with his brand of deconstructed futurism. Arsham succeeds in breathing new life into everyday objects. He experiments with structure and examines his matter from a historical perspective. In this way, he confuses and confounds the expectations of recipients in terms of shapes and design and provides insights into a world where the past, present and future can co-exist. His enormous scope for precision is interrupted by subtle changes when he allows objects to melt together in order to distort natural structures.

Bill MacEachern has had a singularly long-lived love affair with his Porsche. He has driven it more than a million kilometers—a distance that would take him to the Moon three times.

Following the market launch of the 911 Turbo S, the next generation 911 Turbo Coupé and Cabriolet are now being introduced – even more powerful, even faster and even more individual. 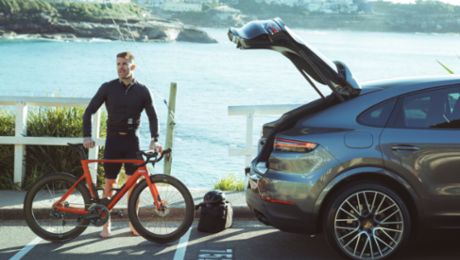