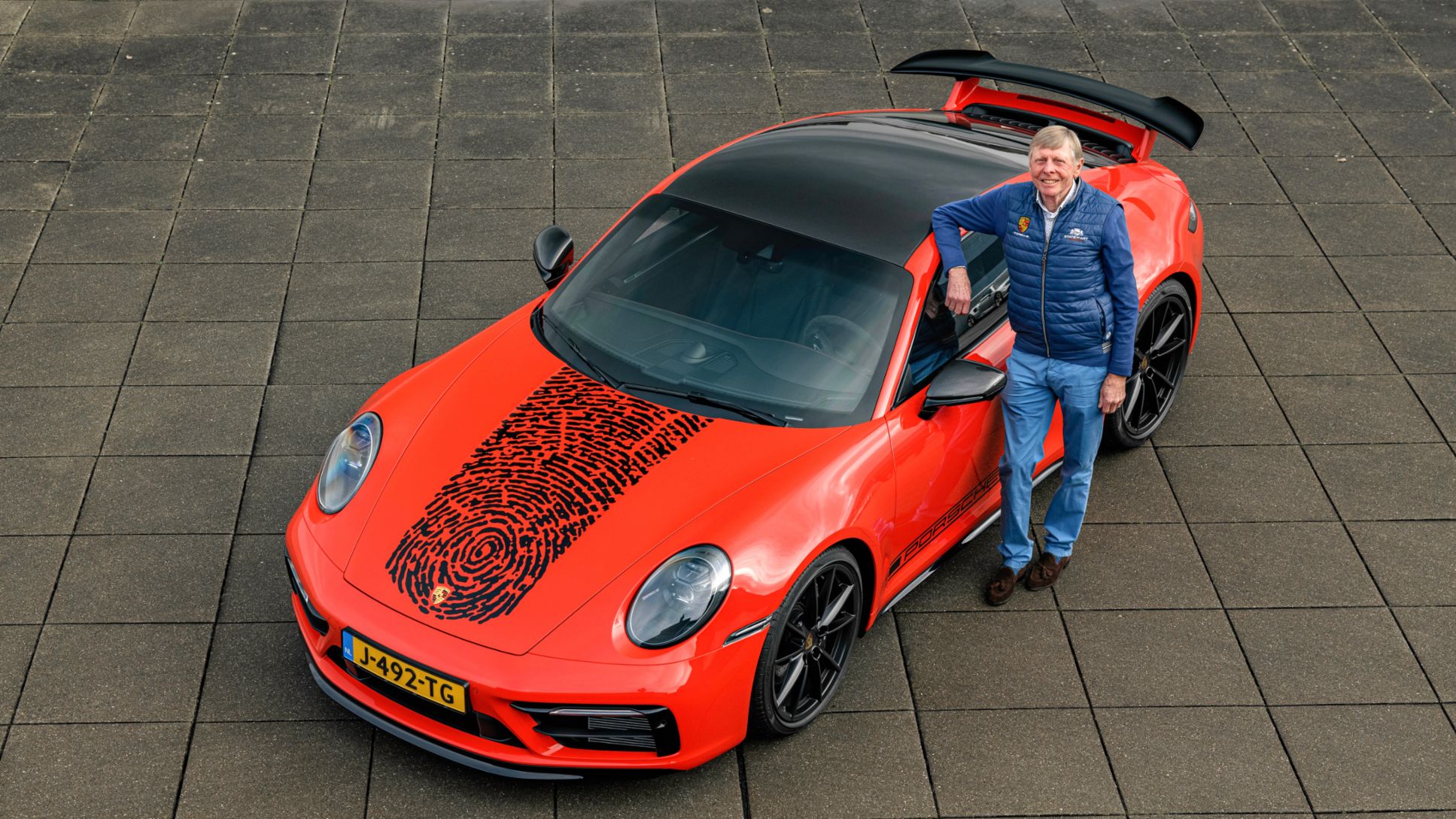 Now aged 78, Gijs van Lennep can look back on a unique and varied career. The man who once started at Zandvoort in a VW Beetle ranked among the very best in the world on the various national and international circuits: he won the 24 Hours of Le Mans twice, scored points in Formula One, was European Formula 5000 champion and won the last Targa Florio, the legendary Sicilian road race. It's no surprise that van Lennep was declared ‘Best Dutch racing driver of the twentieth century’ in 1999.

Porsche was a consistent thread running through the career of the driver from Blaricum. He drove many of the marque’s illustrious racing cars, including the Carrera 6, with which Van Lennep made his international breakthrough in 1966, and the classic 911 in which he competed in many touring car races. At a time when motor racing was a dangerous pastime he could be found behind the wheel of the 908/02, and Van Lennep also drove the Carrera RSR Turbo and the 936. Naturally the 917 played a prominent role in his career: no one drove this iconic racing car in more races than Gijs van Lennep. Now, Porsche Netherlands has the privilege of celebrating both Van Lennep’s rare talent and his massive contribution to Dutch motor racing with a unique Porsche 911 Carrera S.

The original intention was to unveil the remarkable one-off in August, during the 10th edition of the Gijs van Lennep Legend. The anniversary edition, where rally drivers and touring car drivers come together and race to raise money for charity, had to be postponed to 22 August 2021 due to COVID-19. Porsche ambassador Van Lennep is already looking forward to making an appearance there with 'his' 911 Carrera S. “That will be the year that marks 50 years since I first won the 24 Hours of Le Mans in a 917, with a distance record that would stand until 2010. I think it's very special that Porsche Netherlands is honouring me with this unique 911. You can't get much more personal than a car bearing your own fingerprint.“ 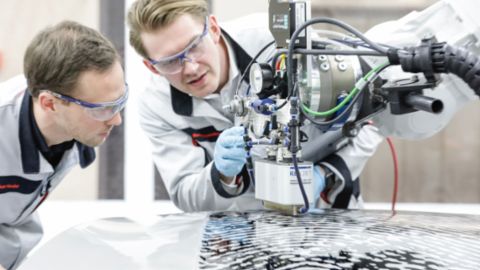 It's already the case that hardly any Porsche is the same as another. But from now on, the 911 can even be as unique as the papillary lines on a human fingertip.

The most eye-catching element of this special 911 is Gijs van Lennep’s fingerprint on the bonnet. This has been applied using an innovative direct printing paint process developed by Porsche Exclusive Manufaktur, which enables graphics to be applied to painted bodywork with the highest quality. This entirely new paint technology is similar to an inkjet printer. The printing head can apply paint to three-dimensional surfaces without ‘overspray’, enabling Porsche Exclusive Manufaktur to render complex shapes such as fingerprints flawlessly. This option is available from this year.

The Lava orange colour is also a head-turner and is a nod to Van Lennep’s time racing Porsche for Racing Team Holland, where he made a big impact alongside illustrious drivers like Ben Pon, Rob Slotemaker, Henk van Zalinge and Carel Godin de Beaufort. Other features on the car include Exclusive taillights, a lightweight carbon roof and an eye-catching 911 Turbo SportDesign Package in high gloss black with an Aerokit rear spoiler.

Alongside the extensive standard equipment on the 911 Carrera S, this tribute to Gijs van Lennep also incorporates many unique and exclusive extras. For instance, the signature of the former works driver appears on the illuminated door sills. This special 911 Carrera S is also equipped with adaptive Sport Seats Plus, finished with Sport-Tex fabric. Contrasting stitching in Lava orange and carbon elements also stand out in the interior. The Gijs van Lennep car also features various details in Race-Tex, a high quality microfibre material that is partly made from recycled polyester fibres. Both the GT sport steering wheel – which is heated and has a matt carbon inlay – and the roof lining are covered in this material.

Award-winning chef, TV host and Porsche enthusiast Jock Zonfrillo meets Mark Webber at The Bend Motorsport Park to get some tips on how to drive a 911 Carrera S on a race track.