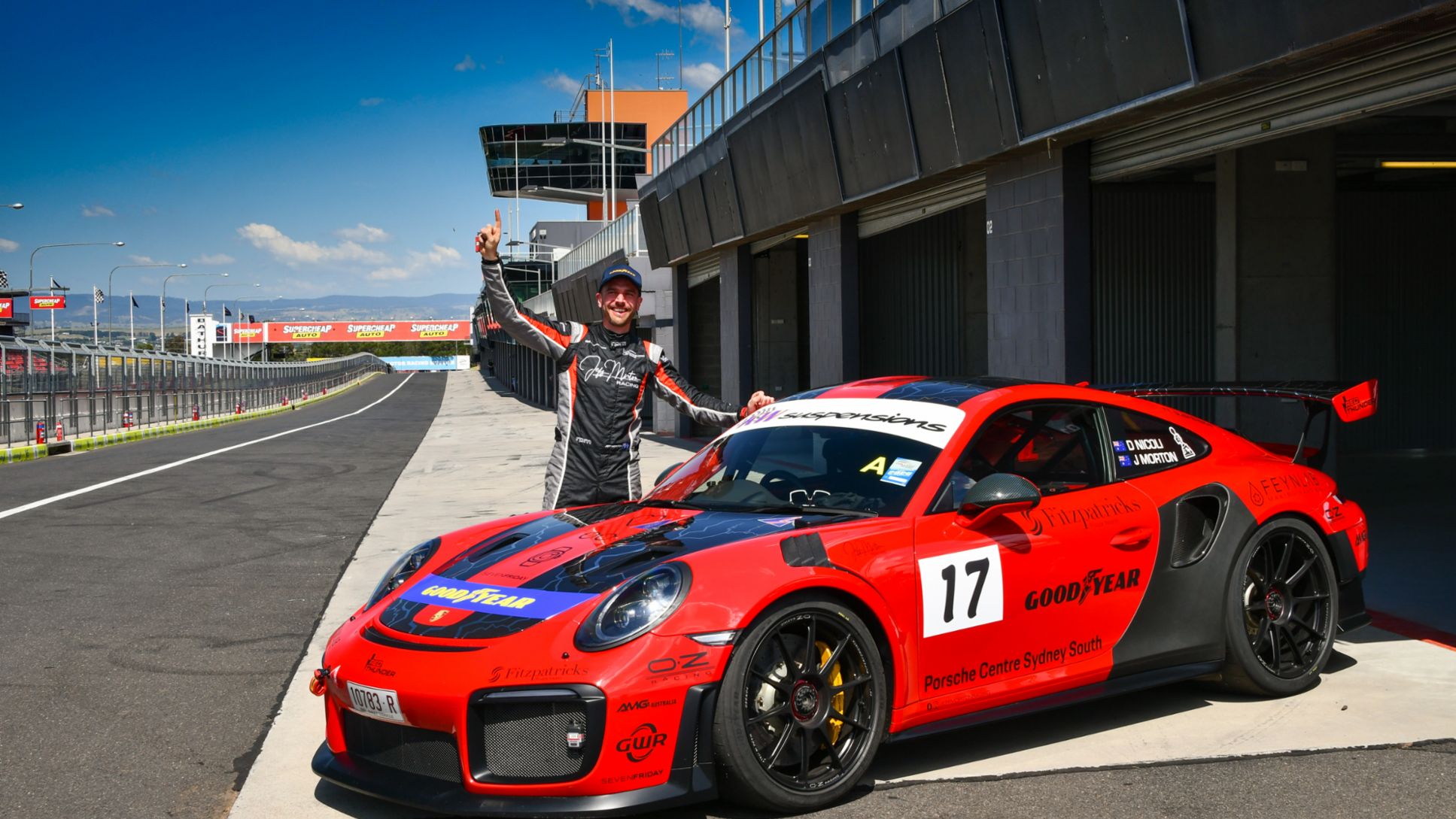 From beating brain cancer to beating the Bathurst lap record

Ten years ago, Jeff Morton was told he would probably never drive a car again. Now, the successful Sydney businessman lays claim to an achievement that is the envy of motoring enthusiasts across the globe: he is the fastest-ever driver around the world-famous Mount Panorama circuit in a production car, having recorded a blistering 2m14.2 lap time in the 2020 Challenge Bathurst event aboard his Porsche 911 GT2 RS.

In 2010, the then-30 year old was diagnosed with a brain tumour and what followed was an intensive removal and treatment process, involving surgery, radiation and chemotherapy. Driving a car on the road was out of the question for at least 12 months, let alone participating in any sort of competitive event.

It was a blow for Morton, a passionate motorsport enthusiast who regularly attended track days and supersprint events in his home state of New South Wales.

However, Morton is not one who gives up easily and, with the cancer in remission, he was determined to return to the driver’s seat. By May 2011, he had passed the necessary tests to be reissued his road licence and he began the extensive process to reobtain his CAMS licence

“To get a competition licence after that sort of thing, you need to wait five years and then jump through all sorts of hoops,” said Morton.

During those five years, an impatient Morton did as much competitive driving as he could, participating in events where only a road licence was required. Once the five years had elapsed, Morton’s received the tick of approval for a return to competition. He began competing in tarmac rally events, achieving some impressive results.

Morton was thoroughly enjoying his return to motorsport and went onto purchase a Porsche 911 GT2 RS as he wanted to contend for outright victories in higher-profile rallies, such as Targa Tasmania.

“Apart from just being a seriously cool car, the 911 GT2 RS appealed to me because I knew it would be reliable and easy to source parts,” said Morton.

“One of the other attractions was the availability of a factory bolt-in roll cage, which made it easy to configure it for tarmac rally competition but also to be able to revert it to a road car down the track.”

Morton engaged the capabilities of GWR Australia, a motorsport services organisation with vast experience in both tarmac rally events and Porsches, to facilitate the build and preparation of his new weapon, which would become affectionately known as Red Thunder.

“Garth (Walden) and the crew at GWR Australia had expertise in all the required areas; they know how to build competitive Porsches and they know how to run cars in tarmac rally events,” Morton said.

Red Thunder made its first competitive appearance in February’s Mt Baw Baw Sprint, winning on debut. To put an exclamation mark on the car’s immediate success, Morton also won the Lake Mountain Sprint a month later. But then COVID-19 happened.

“When COVID hit and all the tarmac rallies were cancelled, I had to adapt my 2020 program because I needed more seat time to familiarise myself with the car and I also wanted to deliver value to my partners, like Porsche Centre Sydney South and Goodyear.”

With tarmac rallies in a state of suspension, Morton elected to participate in some circuit events, starting with Aus Time Attack at Wakefield Park in July. But while Morton won the Supercar Class, he was not personally satisfied with the performance.

“Firstly, the car was still configured for a tarmac rally environment, so the setup was softer than you would want for a circuit situation,” he said.

“Also, I wasn’t quite in the right headspace for that sort of event, because I wasn’t used to maximising the limits in every corner and braking zone, which is what you need to do to achieve the optimum time on a circuit.”

With the last two tarmac rallies of 2020 off the table, Morton entered Challenge Bathurst and the idea of a lap record attempt was planted in his mind.

“I saw the previous lap record was a 2m16.5 and I thought it would be a cool benchmark to aim for,” he said.

Morton and the GWR team completed some further outings at Sydney Motorsport Park, refining both the car and his driving technique. By the time Morton and his GWR squad arrived at Challenge Bathurst, they believed they had a solid package but were not sure just how strong it would be.

The next morning, with fresh Goodyear SuperSport RS tyres at his disposal, Morton was on the attack immediately and even though he was baulked by a slower car in the first session, he recorded a 2m15.8 to beat the record. But the show was not over yet; Morton returned to the track in the next session and with an unimpeded run, he punched out a 2m14.2, captured in full detail on the Porsche Track Precision app.

Morton said the enormity of the achievement still has not hit home.

“There are professional drivers who have set lap records at famous circuits all over the world, and here I am, an amateur driver with very limited circuit experience, setting the production car record at a place of the stature of Mount Panorama – I can’t quite believe it,” said Morton.

“To go more than two seconds faster than the previous record says a huge amount for the 911 GT2 RS. I drove with all of the assists turned on to achieve the record and the car did it comfortably.”

Porsche has set a new lap record for road-approved production cars on the 20.8-kilometre Nürburgring Nordschleife in a 911 GT2 RS fitted with the Manthey Performance Kit. 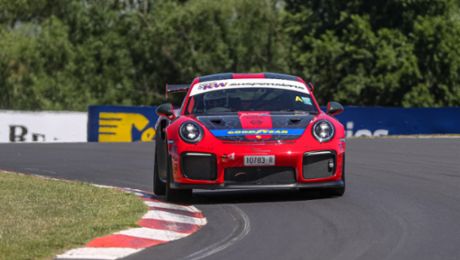 Jeff Morton and his Porsche 911 GT2 RS have broken the Mount Panorama production car lap record while participating in the Challenge Bathurst event. 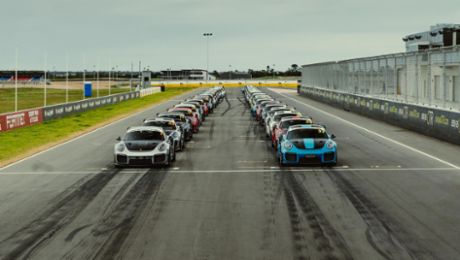 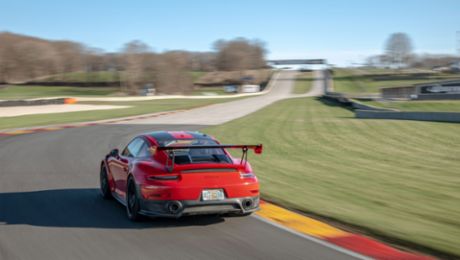