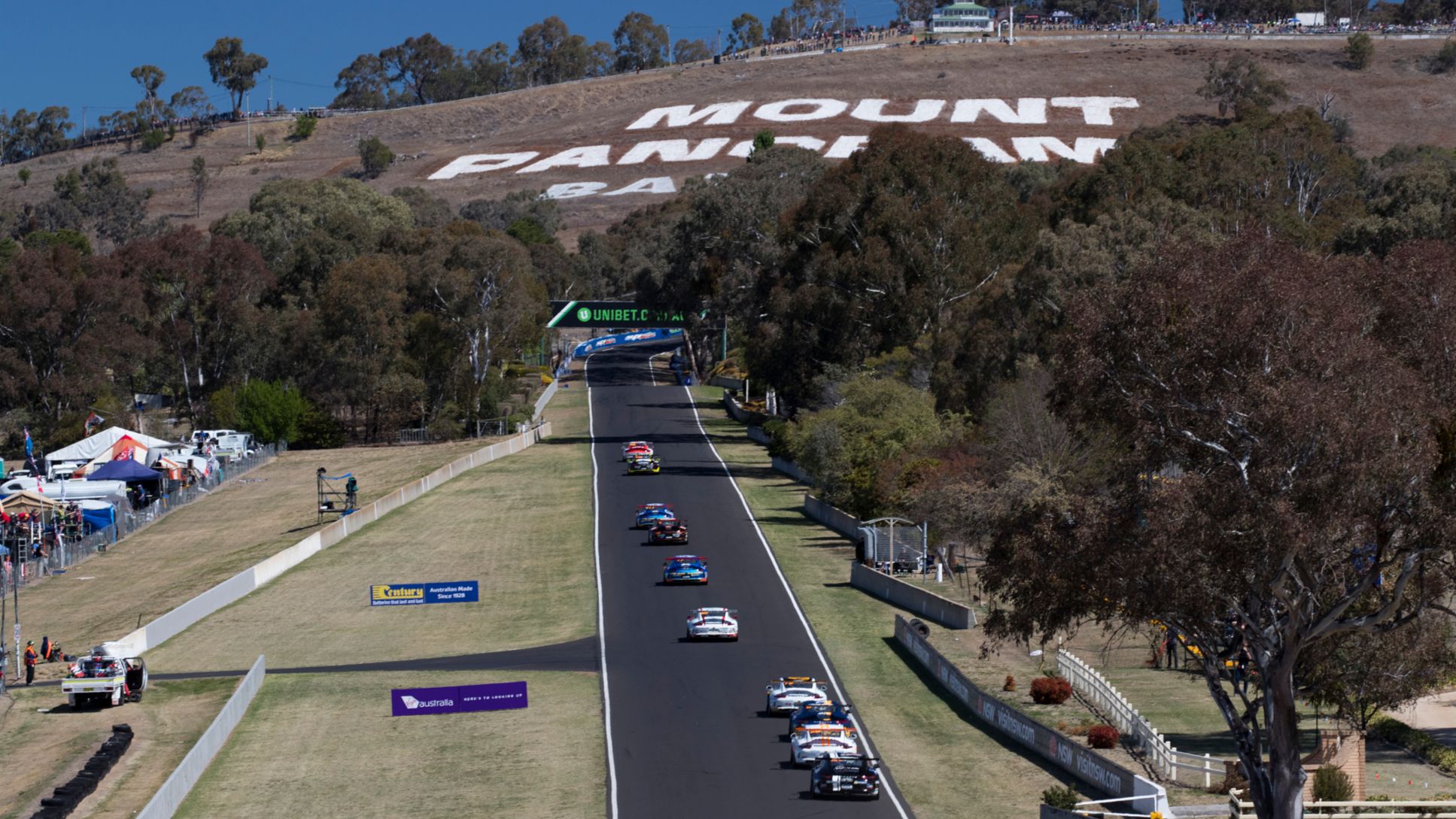 The majestic Mount Panorama Circuit will host the final round of the 2021 Porsche Michelin Sprint Challenge Calendar at the Bathurst International, NSW.

The six-round series, which caters for the previous generation Porsche 911 GT3 Cup cars, will again feature as one of the headline acts on the Shannons Motorsport Australia Championships program for 2021.

After the impact of the COVID-19 pandemic meant that the 2020 series could not take place due to the travel restrictions for many of the series’ competitors, the 2021 schedule sees the series start in February at the Phillip Island Grand Prix Circuit in Victoria. Competitors then travel to Sydney Motorsport Park in NSW in early May for round 2 before heading to Morgan Park in QLD for round 3 in late June.

Teams then return to the historic, Sandown International Raceway in Victoria in September before venturing further south to The Bend Motorsport Park in Tailem Bend, South Australia for the penultimate round of the series in mid-October.

The final round will be held at the Bathurst International, and the series will again include endurance races as part of the Jim Richards Endurance Trophy, with all six rounds featuring a longer endurance-style race for maximum track time.

The series’ Pro-am class – last won by The Bend Motorsport Park owner Sam Shahin in 2019 - is equally popular with Porsche enthusiasts, playing host to some of the best on-track racing at Shannon’s rounds each year.

Porsche Cars Australia’s Head of Motorsport, Troy Bundy said, “We are really looking forward to having the championship back up and running again next year and we feel we have delivered a calendar that all competitors will enjoy, allowing them to race on some of the best tracks across the country .”

“Finishing the season at the Bathurst International will be a real highlight and will provide great coverage and exposure for all our teams, drivers and partners” Bundy concluded.

*Please Note: dates and schedules are subject to change