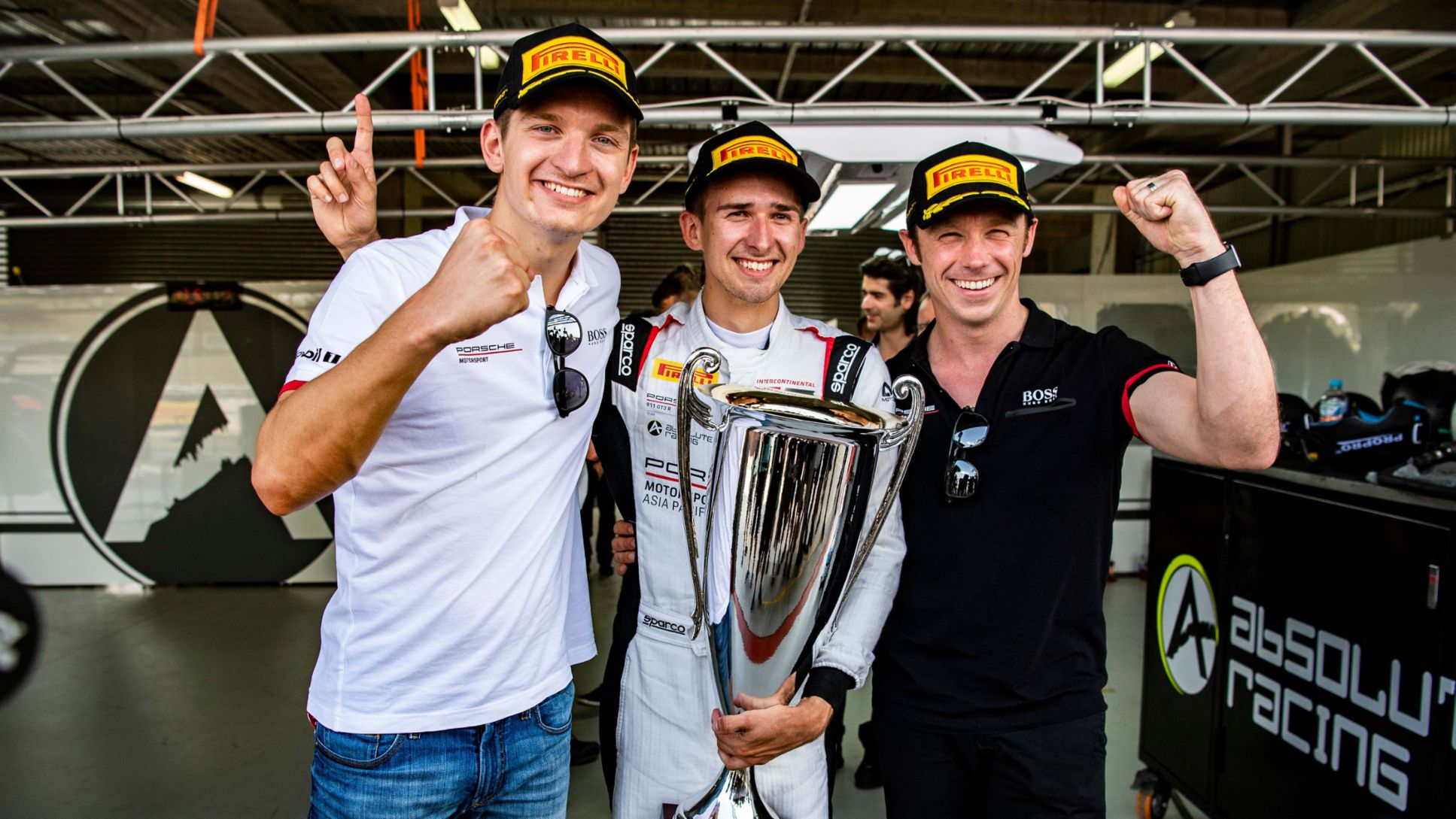 Australian ace Matt Campbell has earned Porsche its first major pole position at Mount Panorama with a stunning lap in the Top 10 Shootout for the 2020 Bathurst 12 Hour.

It was the ideal qualifying for the Porsche customer team Absolute Racing at the opening round of this year’s Intercontinental GT Challenge. Porsche works driver Campbell turned the fastest lap of the day (2:03.554 minutes) in qualifying.

Fritz Enzinger (Vice President Motorsport): “I wanted nothing more than pole position for my first visit to Bathurst. And Matt did that very well. He is a fantastic driver, particularly here in Australia. Bathurst is an incredible track with many passages that are blind. The race will be really interesting. I’m looking forward to it.”

Sebastian Golz (Project Manager Porsche 911 GT3 R): “We’re happy with pole position. To set a perfect lap here you need to fit a sheet of paper between the wing mirror and the wall – and Matt had scratches on his wing mirror. Laurens also performed really well, and Cairoli did a super job too. As a newcomer, qualifying on 12th is a great achievement. We’ll take a look at why the other two vehicles didn’t place further up the field. We’re confident that the performance is there – we’ve already underlined that.”

Matt Campbell (Porsche 911 GT3 R #911): “Pole is of course a fantastic result. Luckily, I clocked a similar time in the first qualifying session. In the pole shootout I had a pretty good idea what I had to do. Still, I got nervous when everyone else went out to turn their lap and I was the last to be allowed on the track. But it worked out well.”

Laurens Vanthoor (Porsche 911 GT3 R #1): “In the first two corners I made two minor mistakes. After that my run went well, but the perfect lap was gone. It’s perfect for Porsche with P1 and P5. In the race, the weather may well play a role. Rain is predicted for the last hours of the race. That can make things really exciting.”

Matteo Cairoli (Porsche 911 GT3 R #912): “The standard in the series is really high. I managed to get a good lap in, but unfortunately it wasn’t enough for the top ten. It’s my first time here at Bathurst and my goal is to improve from session to session. The qualifying setup was 95 percent right. We’ll work on the rest. The race runs over twelve hours and during that time we aim to get to the front.”

Ben Barker (Porsche 911 GT3 R #4): “Unfortunately, our qualifying was a little disappointing. We were much better in the free practice sessions. Our car wasn’t perfectly balanced so I lost a bit of confidence in some of the difficult passages. We’ll now adjust the setup for the race. Generally, our strategy is to keep out of any trouble and drive a good race.”

Romain Dumas (Porsche 911 GT3 R #12): “There was a crash in qualifying and then the session was red-flagged. That put a stop to my attempt at a fast lap. The team then decided to save the second set of tyres for the race. That was a strategic decision. Our qualifying result is not so great but the race is long. A lot can happen.”

The event at Bathurst begins with the free practice this coming Friday. In the qualifying session on Saturday, drivers will battle for the best grid spots. Traditionally, the race takes off on Sunday, 2 February, before dawn at 5.45am local time (Saturday, 7.45pm CET). The entire race can be watched live on https://www.bathurst12hour.com.au/.