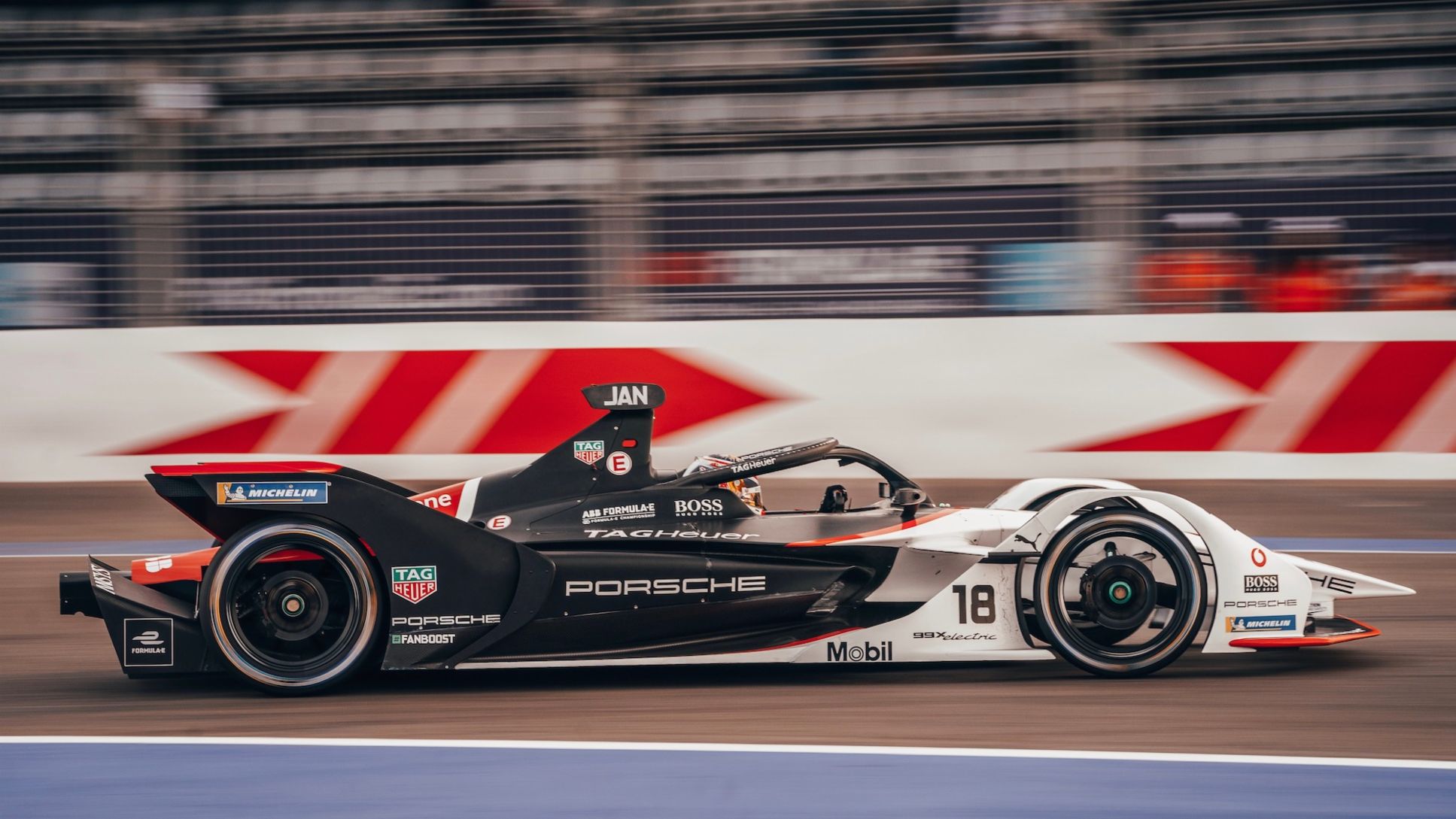 The long-awaited finale of the 2019/2020 ABB FIA Formula E Championship is just a few days away. After five months without racing, the TAG Heuer Porsche Formula E Team is highly motivated ahead of its trip to Berlin-Tempelhof (DE), where six races between 5th and 13th August will decide the outcome of the Team and Driver Championships. There are still plenty of points up for grabs for André Lotterer (DE) and Neel Jani (CH).

In the following preview, the two regular drivers in the TAG Heuer Porsche Formula E Team provide exclusive information on their work in the simulator and fascinating insights into the team’s preparations for the season finale. Latest video material can be found attached.

How high is the anticipation ahead of the next six Formula E races?

“This is the longest break from racing I have ever had in my motorsport career so far so it is all the nicer to finally be able to focus on our sport again. In Berlin, we have the opportunity to gain more experience and to convert it into results within the very short amount of time we have between races. I am really looking forward to the challenge ahead and can hardly wait to get back in the car.”

What are your expectations of the season finale?

“The season finale is virtually a championship in its own right. This is presumably the first time anyone has ever experienced six races in nine days. That may provide unique opportunities. The championship is still wide open, which obviously makes it all extremely exciting. With just five races to this point, our rookie season has been very short so far. With that in mind, my goals for Berlin are to gain more experience and finish in the points in all the remaining races.”

What do the six home races at Berlin-Tempelhof mean to you?

“I am very much looking forward to finally going racing again after such a long break. The fact that we immediately have six home races at Berlin-Tempelhof is great. Like all the other teams, we have some challenging days ahead of us. We are well prepared and have spent a lot of time in the simulator. The three different layouts, in particular, will make the finale special. It is obviously a shame that there cannot be any fans at the circuit in Berlin, but we will do our best to put on an exciting finale.”

What are your goals for the season finale?

“As a team, we obviously want to finish our rookie season as strongly as possible. We have shown, with our second place in the opening race and pole position in Mexico, that the Porsche 99X Electric has the performance to compete at the very front of the field. During the break, we have been able to analyse the data gathered in even greater detail, in order to forge ahead with developments and make systematic improvements. My batteries are recharged, so I can hardly wait to get back in the car. It is about time we returned to the racetrack and showed how much we love motorsport.”

What is your assessment of the three layouts?

“The three different configurations will make the finale even more exciting than it was already set to be. The characteristic changes completely between the standard and reverse layout. The third, completely new layout, looks impressive. Respect to the planning and organisation that Formula E and the FIA have done to make a track like this possible! The different characteristics of the circuits have given us plenty of work to do in our preparations. However, we are in good spirits and are totally on track.”

What are the goals for the conclusion to the rookie season?

“The whole team has prepared meticulously for the season finale over the past few months. As such, we are optimistic ahead of the trip to Berlin. We can hardly wait to be back at the racetrack and focussing on motorsport – even if it is in special conditions. We have proved in previous races that we can challenge for victory in our rookie season. For this reason, the goal is a clear one: the podium. The unique situation means that more than half of the races in this Formula E season will take place in Berlin. That means that anything is possible in the Driver and Team competitions. We will do everything we can to end our first season with a big points haul.”

Everything you need to know about the Berlin E-Prix

As a result of the enforced break in racing, due to the coronavirus pandemic, the current Formula E season was suspended for five months. To conclude Season 6, a total of six races will take place, divided into three double-headers (5th/6th August, 8th/9th August and 12th/13th August). A short shakedown is scheduled for 4th August, on the eve of race 6. The first race day includes two free practice sessions. The first lasts 45 minutes, the second 30 minutes. In qualifying, the drivers will be divided into four groups. In their respective groups, they then have six minutes to set their fastest lap time. The top six from all the groups qualify for the 20-minute Super Pole, which determines who will start the race from the front, second and third rows of the grid. The race lasts 45 minutes plus one lap. The itinerary for race 7, on 6th August, is virtually identical, but with just one 45-minute practice session. The programme for the two following double-headers (8th/9th August and 12th/13th August) is identical to that for the first double-header.

The first images from Berlin will be available after the shakedown on Tuesday, 4th August 2020. Further information on the six races in Berlin-Tempelhof will be published live on the Twitter channel of the TAG Heuer Porsche Formula E Team: @PorscheFormulaE. A detailed report will follow after each race.