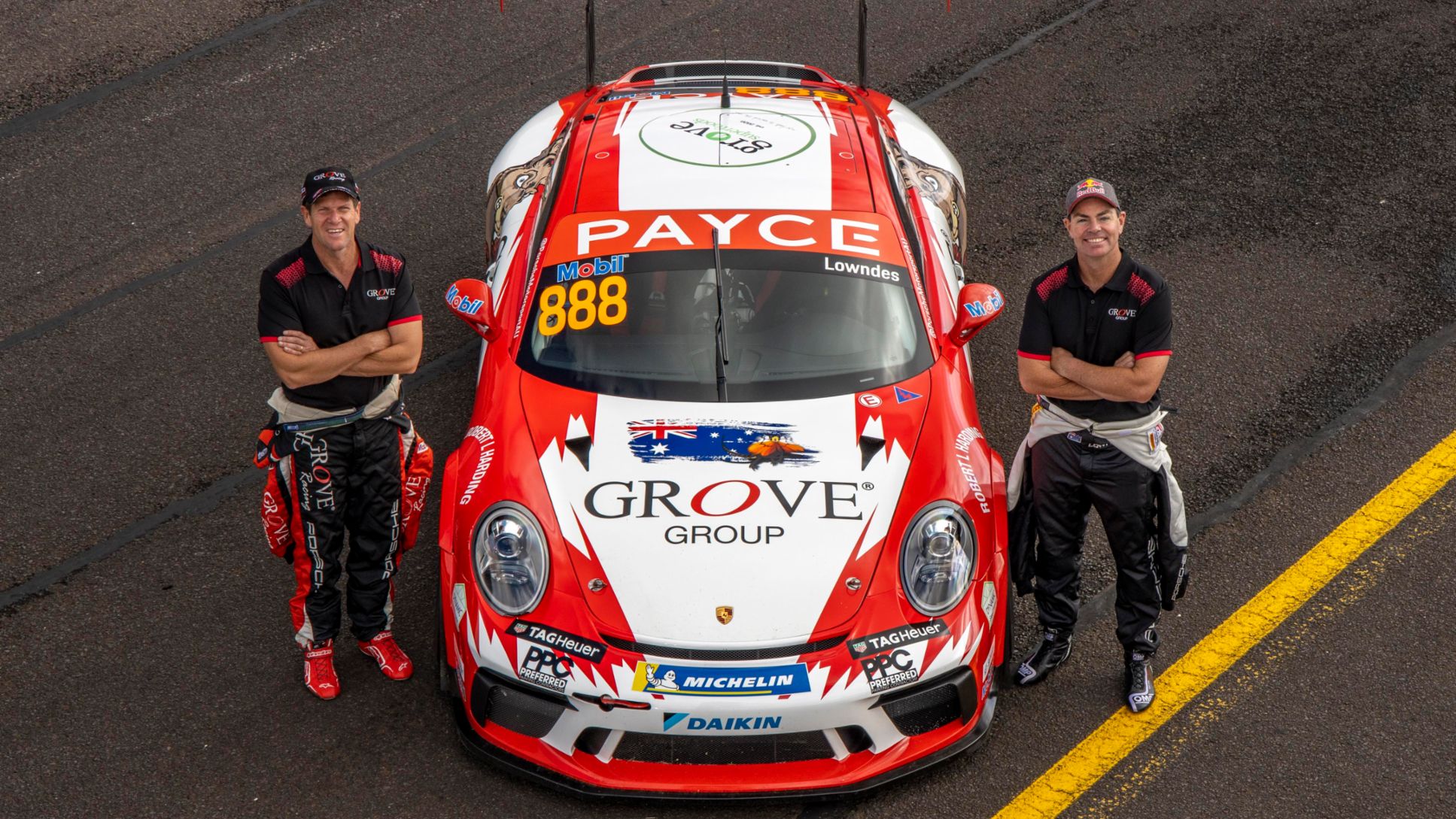 Lowndes will join Stephen Grove as part of a two-car effort for the team at the second round of the 2020 season in support of the Australian GP.

The cars will share matching liveries in Melbourne, Grove’s home event, with the latter continuing on in the Pro-Am class after winning the Adelaide round, while Lowndes will be amongst the Mobil Pro field.

The three-time Supercars champion will make his debut in a Porsche 911 GT3 Cup car, with his only previous Porsche experience being his Bathurst 12 Hour drive earlier this year in an Earl Bamber Motorsport-prepared Meguiar’s Porsche 911 GT3 R.

Lowndes’ warpaint was revealed on Friday at the Grove Group’s ride day at Sandown Raceway, with the Group’s founder Stephen Grove also on hand for the announcement.

“I’m really excited about the opportunity to continue with the Porsche family following the Bathurst 12 Hour,” said Lowndes.

“The Australian Grand Prix is a global stage and a great track, so I can’t wait to get back behind the wheel and compete in the Porsche Carrera Cup races.

“It will be a challenge given it’s my first outing in the category, which is highly competitive but I’m looking forward to seeing what I can do.

“A big thanks to the Grove Group and Porsche Motorsport Australia for the opportunity.

“Once a racer always a racer, that side hasn’t changed for me, so I’m looking forward to the event and seeing what the rest of the year brings.”

Grove is excited to have Lowndes join the team for the biggest event on the Carrera Cup calendar.

“To have someone of Craig’s calibre in our car for the weekend is tremendously exciting,” said Grove.

“It is a big race for not just Grove Racing but also the Grove Group so to have Craig alongside me is a big deal.

“Brenton and I have had a fair bit to do with Craig over the past few years due to our connection with Triple Eight, so to have him in a Grove Racing car gunning for outright wins is really special.

“Heading into the round we’re both aiming to have some fun and hopefully end up on the top step of the podium together.”

The Australian Grand Prix weekend kicks off with practice for Carrera Cup on Thursday, with four races held across the weekend including a Sunday sprint race ahead of the F1 Grand Prix.