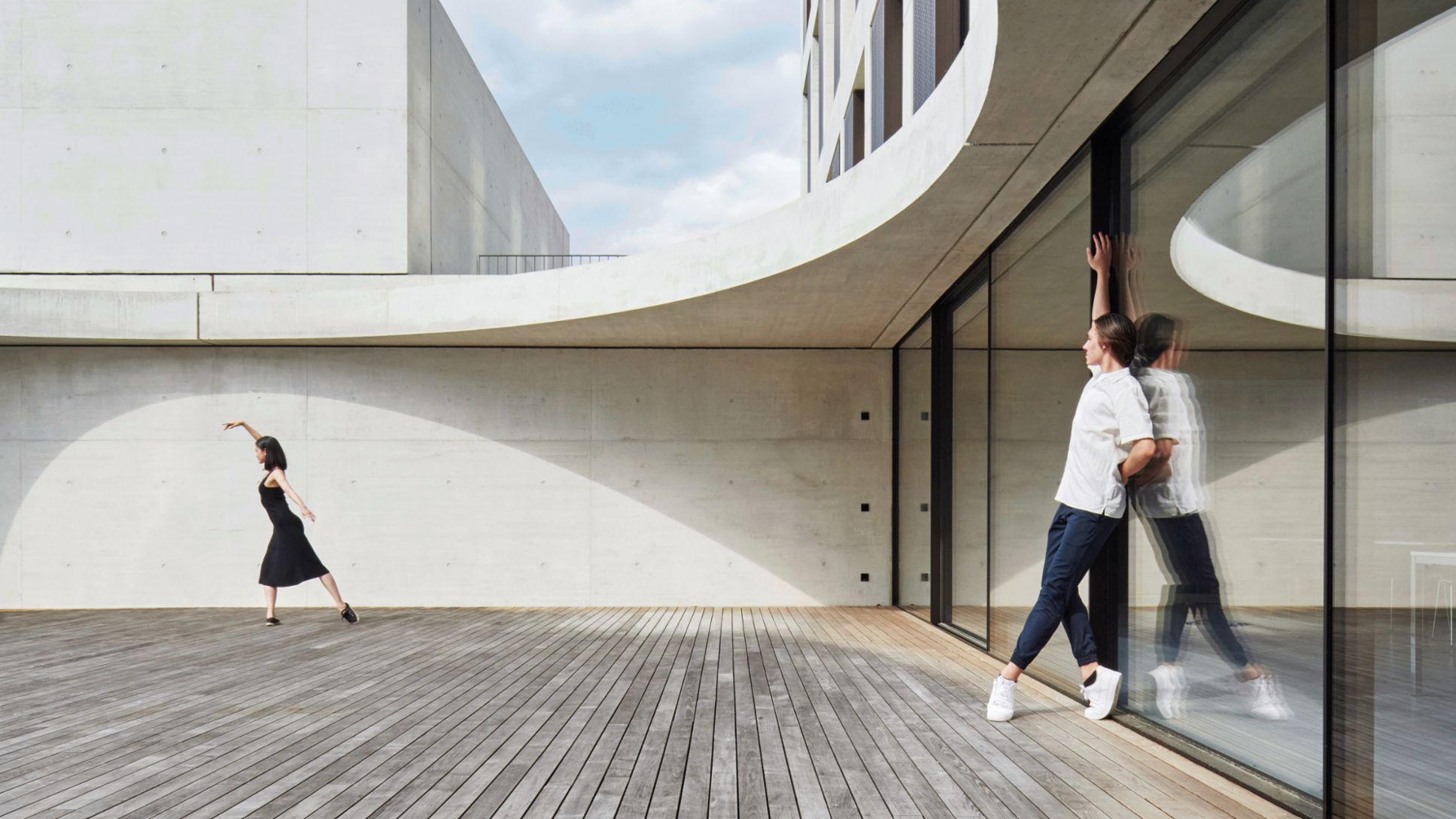 It is Germany’s first purpose-built ballet school. At 90 metres long and embedded in a choice part of downtown Stuttgart, it bridges 10 sloping levels.

“Nowhere else can students stand in the same ranks with great dancers.” Tadeusz Matacz

Stages like those of a career ladder. “For ballet lovers, the Stuttgart ensemble is what Porsche is for car fans,” says Tadeusz Matacz, who has directed the John Cranko School since 1999. Stuttgart had already acquired an outstanding international reputation for dance back in the early 18th century, when the Duke of Württemberg brought the great stars of Parisian opera to the city. The eyes of the entire world have been on the capital of Swabia since the 1960s, when Stuttgart’s “ballet miracle” came into being under choreographer John Cranko.

The close ties between the school and the Stuttgart Ballet are unusual. “Nowhere else in the world can students gain their first experience as part of the company and stand in the same ranks with great dancers. That is unique,” explains Matacz. The relatively small number of students – 120 – also ensures that each individual receives a high degree of attention.

The Burger Rudacs architectural office in Munich designed the school with linearity and precision as a monumental and stately gesture. The building merges with the site like a series of terraces. A sense of freedom is what the young dancers should experience here. “We believe that architecture and ballet have deeply rooted commonalities,” says architect Birgit Rudacs. “Both disciplines are concerned with questions of composition, space, and rhythm, which are addressed, and also answered in our opinion, by the spatial sculpturing of the John Cranko School.”

The tiered structure of the building also reveals its various uses. The central area houses eight rehearsal rooms furnished with floor-to-ceiling mirrors, as well as the administrative offices. The entrance on Werastraße leads to living space for 80 students. A unique achievement is a rehearsal stage corresponding exactly to that of the city’s opera house, with seating for 200. It is concealed within the building as a “black-box” theatre, yet is apparent through the large window between the foyer and Urbansplatz.

Spacious corridors, halls and stairways all feature exposed concrete. The design is clear, composed and concentrated. No element distracts from what is essential – the dance. The nearby opera house and a panoramic view of the city are always present through windows and from the balcony. The goal and the audience are constantly in sight. For the students, this motivating and identity-shaping place represents a great improvement. “Our previous home was in miserable condition,” says Matacz in recalling the uninspired small rooms, the height of which did not even allow for high leaps.

Dance: a language understood by all

The 120 students at the John Cranko School come from 26 countries. Most of them live in the school’s new dormitory. “Young people from around the world are educated here under superb conditions,” says Andreas Haffner, Member of the Porsche Executive Board for Human Resources. “That yields something very important – diversity! Also with respect to future prospects. With more than 80 nationalities in our workforce, we know how valuable diversity is.” Analogies are evident between the Stuttgart Ballet and Porsche.

“In the cultural sector, styles forged over centuries are constantly being reinterpreted. John Cranko in particular was always seeking to further develop his art. His choreography builds bridges between old and new, between modern and classical. His openness and desire for change are a good fit for Porsche,” says Haffner with passion.

Tradition and innovation. Culture touches people the world over. For Porsche, which has been the main sponsor of the Stuttgart Ballet since 2012, the connection is a matter of the heart. The company contributed ten million euros to the construction of the new building.

Tadeusz Matacz is especially looking forward to working in the Richard Cragun Hall, a rehearsal space without direct natural light. “For me, that will be the most interesting hall, because it will intensify the atmosphere between the dancers and the music. It will facilitate the highest levels of concentration and inspiration. And its crowning jewel is a special grand piano with extraordinary sound. It will be like a stage, where the dancers are surrounded by music and light, are one with the gods, and convey this magic to the audience.” For that, one needs an extraordinary gift – and an exceptional place.

“John Cranko was an incredible figure. He attracted the greatest dancers of his time like a magnet, and embodied an immense desire for the highest quality, the greatest art, and the most intense emotions,” says Tadeusz Matacz. After studying in Cape Town, Cranko began his singular career as a choreographer at the Royal Ballet in London. In the early 1960s he came to Stuttgart – initially as a guest choreographer – then became its director and led the company to worldwide fame in 12 years. In 1971 he founded the first state ballet school in what was then West Germany; the school has borne his name since 1974.

Gabriel Figueredo was only 12-years-old when Tadeusz Matacz saw him for the first time in Brazil. “It’s very unusual for a body to meld so completely with music. We are privileged that he came to Stuttgart.” Now 20 and a member of Stuttgart’s corps de ballet, Figueredo has won many awards and stands at the start of a great career.

Tokyo native Mizuki Amemiya began studying ballet at the Hattori Ayako Ballet Class private school in her home city. In 2014 Matacz invited her to the John Cranko School, where she completed her studies in 2017. As a promising young member of Stuttgart’s corps de ballet, her dancing displays astonishing delicacy and lightness.