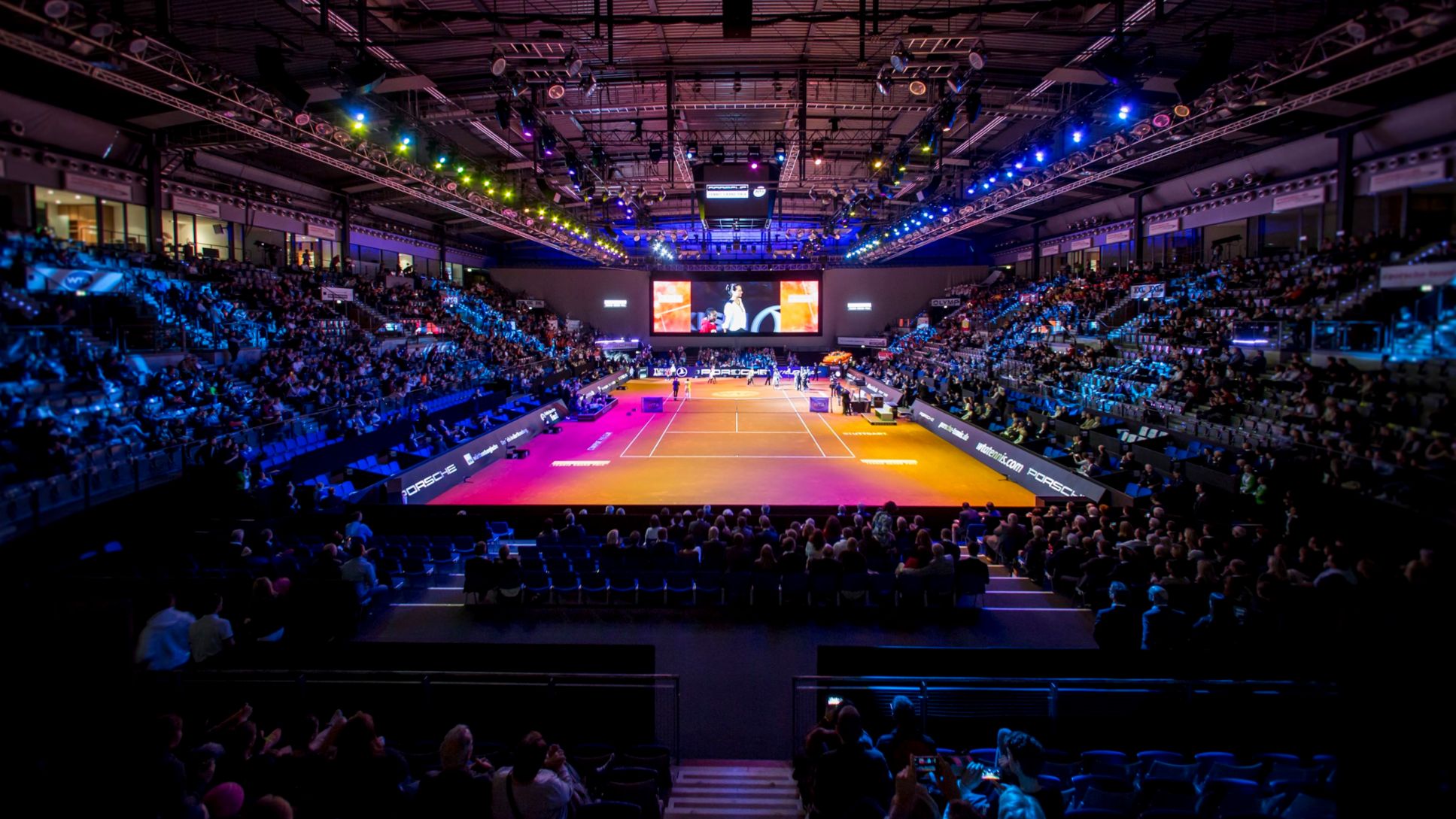 One year after its 40th jubilee, the Porsche Tennis Grand Prix will once again present the world's crème de la crème in Stuttgart from 21 to 29 April.

“With our jubilee tournament in 2017, which caused a furore worldwide, we’ve also upped the expectations for the future,” said Tournament Director Markus Günthardt. “They are expectations we want to fulfil. With Porsche’s support, we’ve gone to great lengths to once again be able to offer our audience exceptional tennis moments this year. I’m very confident we’ll succeed.”

“Passion returns” – the tournament motto runs through the whole programme at the 41st Porsche Tennis Grand Prix. Passion will definitely return to the Centre Court in the Porsche Arena – as no fewer than eight players in the top 10 of the WTA world rankings will be competing in Stuttgart. The top-class field will be headed by Simona Halep (Romania), the winner of the 2017 Porsche Race to Singapore and current world number 1. Other top 10 players in the mix in Stuttgart for, alongside the prize money, a carmine red Porsche 718 Boxster GTS as the main prize for the winner are Wimbledon champion Garbine Muguruza (Spain/No. 3), Elina Svitolina (Ukraine/No. 4), Karolina Pliskova (Czech Republic/No. 5), French Open winner Jelena Ostapenko (Latvia/No. 6), Caroline Garcia (France/No. 7), Petra Kvitova (Czech Republic/No. 9) and Angelique Kerber (Germany/No. 10). Alongside the two-time Grand Slam winner who claimed the Porsche Tennis Grand Prix 2015 and 2016, three other former Stuttgart winners will also be in the line-up in the Porsche Arena: Maria Sharapova (2012, 2013, 2014), Julia Görges (2011) and Laura Siegemund (2017). It means that for the first time in the history of the Porsche Tennis Grand Prix, the winners of the last seven years will be competing at the same tournament.

In addition to the top 10 stars, seven top 20 players will also be appearing in Stuttgart – they include Sloane Stephens, the 2017 US Open champion as well as her opponent in the final, Madison Keys. “We’re delighted that two top players from USA in Sloane and Madison will be playing here for the first time,” said Anke Huber, Operating Tournament Director of the Porsche Tennis Grand Prix. Another Top 20 player in the main draw is the Frenchwoman Kristina Mladenovic, who lost the 2017 final in Stuttgart after a tough three-setter against Laura Siegemund.

Awaiting spectators this year in the Porsche Arena is an attractive premiere: six top players split up into two groups will contest the Turkish Airlines Tiebreak on Monday, 23 April at 6.30 local time. A spectacular competition: based on the round robin system used at the WTA Finals in Singapore, each player plays a champions tie-break against each other. The group winners go through to the final. The prize for the winner is 1,000,000 bonus miles from Turkish Airlines. Five contestants in the tournament within the tournament are already known: Angelique Kerber, Julia Görges, Laura Siegemund Kristina Mladenovic and Caroline Garcia.

“We work hard to be the most innovative tournament on the WTA Tour and to stay that way in the future,” said Tournament Director Markus Günthardt. “With the Porsche tie-break event, we will offer our audience a real highlight right on the first day of the main draw matches.” The efforts of the organisers of the long-standing Stuttgart tournament to become even better from year to year is something that is highly appreciated by not only the tennis fans in the surrounding region but also by the players: In 2017, they once again voted the Porsche Tennis Grand Prix the world’s favourite tournament in its category – for the ninth time since 2007.

At this year’s Porsche Tennis Grand Prix, a total of four players will receive a main draw wildcard. The top 20 wildcard has be redefined this season by the WTA and can be given a player that has already been the world No. 1, a winner of a Grand Slam or the WTA Finals or is ranked in the current world top 20. The wildcard will go to Maria Sharapova, the only player in question that fulfils three of the criteria. Laura Siegemund will take advantage of her protected ranking which is available to a player that has dropped down the rankings due to a long-term injury. The two wildcards will be passed on to the German Tennis Association to give two other Germans the chance of competing against the world’s best players.

Kicking off the tennis week of superlatives in Stuttgart will be Porsche Team Germany’s attempt to reach the Fed Cup final in the round of the last four tie against the Czech Republic on 21 and 22 April. The team captained by Jens Gerlach earned their place to challenge for the Fed Cup crown with a sensational win against last year’s runner-up, Belarus. Porsche Team Germany and the Czech Republic last faced each other in the 2014 Fed Cup final in Prague when the hosts won. Now Angelique Kerber, Julia Görges and co. are looking to gain revenge.

The entry list can be found in the press release.