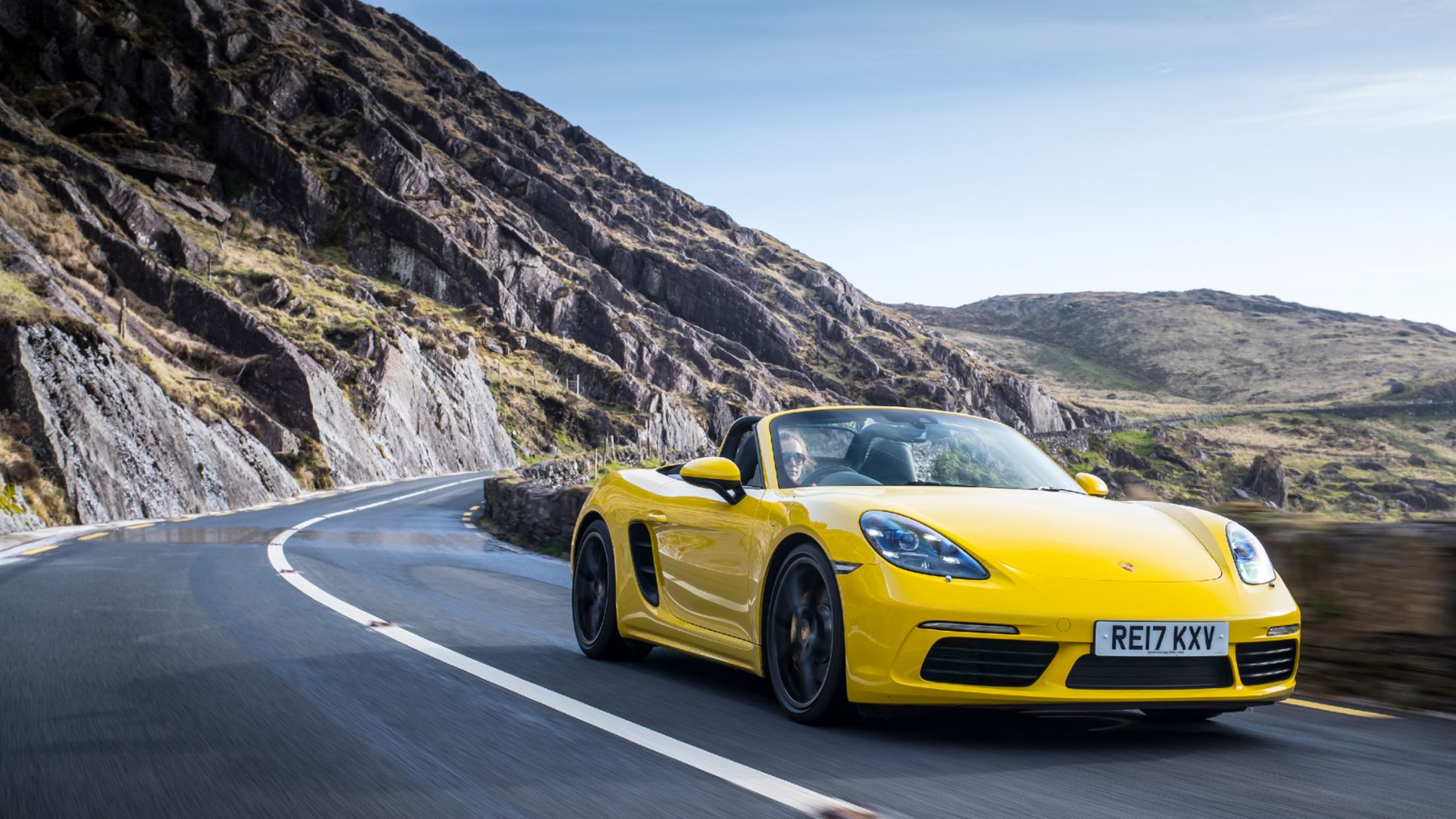 Much of Europe is baking in warmth, the start of a long spell of sunshine seeing off a winter that seems to have lingered for years.

Under cloudless blue skies across the continent, as trees grow fat with leaves and buds turn to flowers, cabriolets emerge from garages and side streets. Their roofs fold down with the same satisfaction as a limb stretching after a long sleep.

The journey to County Kerry

A particularly summery Porsche 718 Boxster S – in Racing Yellow – has spent two hours in darkness, crossing the Irish Sea beneath deck on a ferry bound for Dublin. A five-hour drive south to one of northern Europe’s most spectacular driving roads awaits.

The journey to County Kerry, in the peninsular south west region of Ireland, takes a few hours whether you sail from northern France, England, Scotland or Wales, but it’s a trip worth making. Here, 1,600km from the green hell of the Nürburgring, sits an entirely different circle: an emerald-coloured heaven known as the Ring of Kerry.

In the last few years, this 179km loop has climbed higher up visitors’ bucket lists, and not just because scenes from the latest Star Wars film were shot on an outcrop of rock known as Skellig Michael – itself a UNESCO World Heritage Site. Since 2014, part of the Kerry region has been one of only three precious places on the planet to be awarded gold tier International Dark Sky Reserve status.

On a clear night, when the warm sun has set, and locals and tourists are several glasses of Guinness in, the skies above Kerry are freckled with thousands of stars. Each tiny speck brighter and more beautiful because of the lack of light pollution.

Above this westerly point of Europe, where the landscape changes as frequently as the weather and sheep threaten to outnumber residents, the canvas of night showcases a spectacle that can only otherwise be experienced in parts of New Zealand and Namibia. Even the Grand Canyon falls short.

With the roof down on the Boxster S, heated seats gently warming the bones, the Milky Way and Andromeda Galaxy – an almost incomprehensible 2.5 million light years away – put on a magical show. Meteors dart from left to right, right to left across a playground that seems vaster and denser than daylight would have you believe.

It is as if the clarity has been set to maximum – and the best bit is that you can see it all with the naked eye.

Or, at least, you could if the weather was playing nicely. Because while Europe is experiencing a heatwave, the south west of Ireland is not; thick cloud having formed a stubborn barrier between hopeful stargazers and the distant galaxies above.

Fortunately, there are two options when mother nature misbehaves in this part of the world: one involves a lively flow of folk music and Guinness, the other an opportunity to explore 350 hp (Fuel consumption combined 8.1 – 7.3 l/100 km; CO2 emissions 184 – 167 g/km) on roads that the Boxster S could have been designed for.

Saving the pubs for later, the Ring of Kerry is about to get a splash of Racing Yellow.

Ireland's biggest and most dramatic drive

Aside from the Wild Atlantic Way, an epic 1,600-mile route along the country’s entire west coast, this picturesque route is Ireland's biggest and most dramatic drive, taking travellers anticlockwise from the buzzing town of Killarney and back again.

From long, narrow roads lined with lush greenery, to jaw-dropping coastal scenery that alternates between rugged cliffs and pale-coloured beaches lapped by surprisingly turquoise seas, this corner of the Emerald Isle is as rich in beauty spots as it is in fascinating traditions.

Bustling towns turn into empty valleys. Tiny villages are traded for dramatic mountain passes where dropping the roof means every sight, smell and sound is amplified. And while the rainclouds may hide the stellar displays above, they feed the land so that the greenery itself could almost be visible from light years away.

Places to pull over and admire the views are frequent – at times, even the locals stop and stare– and while it’s temping in the Boxster S to drive the three-hour route in one, exhilarating go, there is a time and place for rushing. By day or night, under glowing galaxies or beneath a blanket of cloud, there is a part of southern Ireland that has an element of star quality itself.

Kick things off in the atmospheric town of Killarney and head west along the N72.

The first stretch meanders through pastoral landscapes towards Killorglin, where an annual festival sees one of the goats from the nearby MacGillycuddy’s Reeks mountain range crowned king for the year.

From Killorglin, the N70 west takes you through Glenbeigh to the charming town of Cahersiveen – one of the most westerly in Europe.

Make time to detour off the main Ring of Kerry route around 5km past Cahersiveen, by taking a right turn onto the R565. This secondary loop via Portmagee, St Finian’s Bay and Ballinskelligs offers incredible views of the Skellig Islands, where part of Star Wars Episode VII – The Force Awakens was filmed.

Once back on the N70, continue to Waterville, in the heart of the Dark Sky Reserve, and cross fingers for stellar magic as the road hugs the coastline and begins to head east.

One of the highlights of the Ring of Kerry is Moll’s Gap, named after Moll Kissane, who ran an illicit drinking den here in the 1820s. The Ladies View vantage point looks down towards Killarney, which is reached following a scenic drive through 15km of national park that’s nothing short of magnificent. 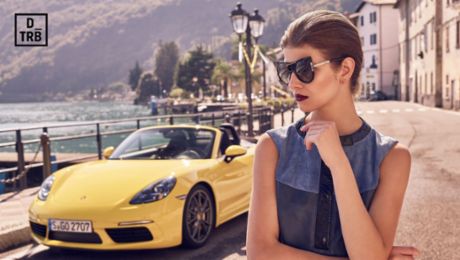 DriveTribe: With Porsche in Bella Italia

Photographer Marcus Hoffmann has been touring round Italy in a 718 Boxster S. 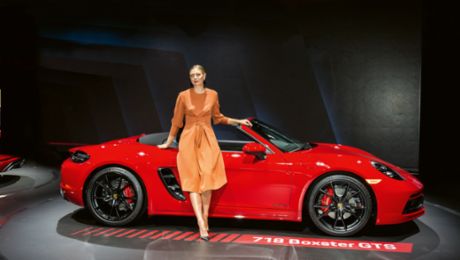 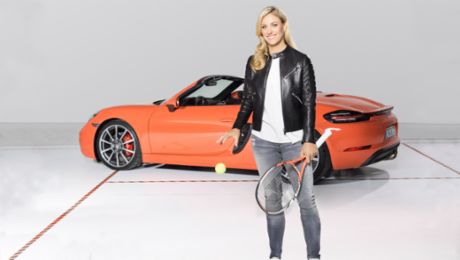 Angelique Kerber has already tied out the seat of the new 718 Boxster S.