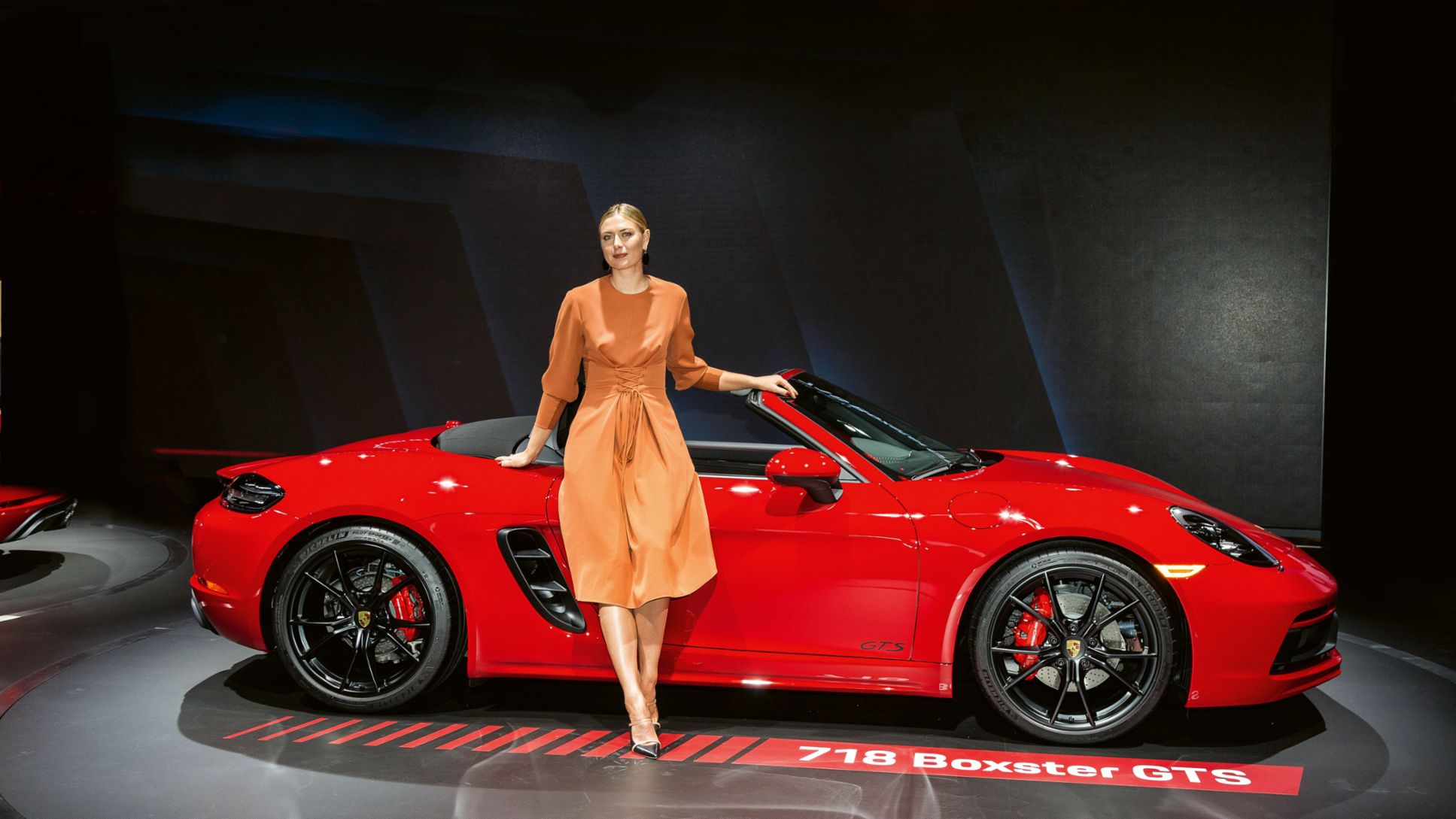 The Los Angeles Motor Show – Maria Sharapova presents the new 718 Boxster GTS. The hottest Boxster version will also be the winner’s prize at the Porsche Tennis Grand Prix. For the Porsche Brand Ambassador reason enough to take a close look and get in the mood for Stuttgart.

A flurry of camera flashes is not exactly a part of your normal blind date. However, everything was different at the Los Angeles Motor Show towards the end of November. When Maria Sharapova presented the new Porsche 718 Boxster GTS to the international media representatives, it was at the same time a chance for the two to get to know each other. The hottest thing about the 718 Boxster model is that it is not only a vehicle that can take on switchbacks with ease and agility.

It is above all a Porsche that is worthwhile competing for. The winner of the 2018 Porsche Tennis Grand Prix will drive home in the GTS version of the turbo Boxster. Maria Sharapova felt as if she had opened her surprise present before Christmas. “In Stuttgart, when we players walk into the arena for the first time, we all glance over to the side of court and ask ourselves, ‘what car is up for grabs this year?’ Already knowing the answer is very strange,” said Maria Sharapova.

Good that the lack of tension at the start of the tournament has been replaced by some exciting details. After all, GTS models are a promise from Porsche for more sportiness and exceptional design. The Boxster is no exception. Thanks to the optimised turbocharger, the 2.5-litre, four-cylinder boxer engine delivers 269 kw (365 hp; Fuel consumption combined 9.0 – 8.2 l/100 km; CO2 emissions 205 – 186 g/km) and 11 kW (15 hp) more power than the 718 S models. Options that keep the mid-engine sports cars even more tautly in the lane – like the Porsche Torque Vectoring (PTV) with a mechanical rear differential lock and Porsche Active Suspension Management (PASM) – come as standard on the GTS.

With maximum torque of 430 Nm combined with the Doppelkupplungsgetriebe (PDK) and the Sport Chrono Package, the GTS sprints from zero to 100 km/h in 4.1 seconds. The vehicle‘s top speed is 290 km/h. From the outside, the Boxster is also an out and out GTS – with a special front apron, logos, blank-tinted headlights and rear lights, sport exhaust system and 20-inch wheels painted in black. The interior, with sport seats and the high proportion of Alcantara, proclaims a very intensive driving experience.

However, it is not only facts and design that make the winner’s car something special. It is above all the emotions that start revving up. Which is why Maria Sharapova put her foot down when talking about her remarkable relationship with the Porsche Tennis Grand Prix. She began playing in Stuttgart at a relatively late stage in her career – and immediately posted her first win on her premiere in 2012. “It was so cool driving the Porsche down the ramp onto Centre Court,” she said, “The experience will always be a part of my memories of the Porsche Grand Prix. And I took it as a sign to keep coming back.”

To date, she has won the Grand Prix on three occasions and has never regretted the decision to come to the tournament. Because in Stuttgart, one always feels the passion and support of the crowd, no matter in which round. Because the tournament, in the way it presents itself with the music and the hospitality, ranges on a very different level to other tournaments in the category. And because, after the ban, she was so warmly welcomed back to the fold last year. “It was the ideal place for my comeback.”

Therefore, she will also be appearing in the Porsche Arena in April, play passionately and compete for the 718 Boxster GTS. That she had to contend with a few injuries on her way back to the tennis elite last year was something she endured with the aplomb of an experienced player. She goes from match to match – and at the same time takes a peek at the world rankings. Things are going to plan, she perhaps listens to her body more than before and chooses her tournaments, as she always has, very carefully. Sharapova: “I’ve always played fewer tournaments than most other players.” But the tournament in Stuttgart is definitely on the agenda.

A fun afternoon with @PorscheNewsroom at the LA Auto Show. The new 718 Boxster GTS is 😍🚗 pic.twitter.com/1IlhXaPhnD 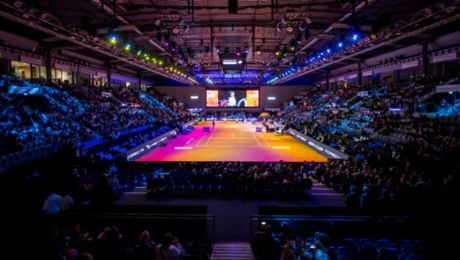