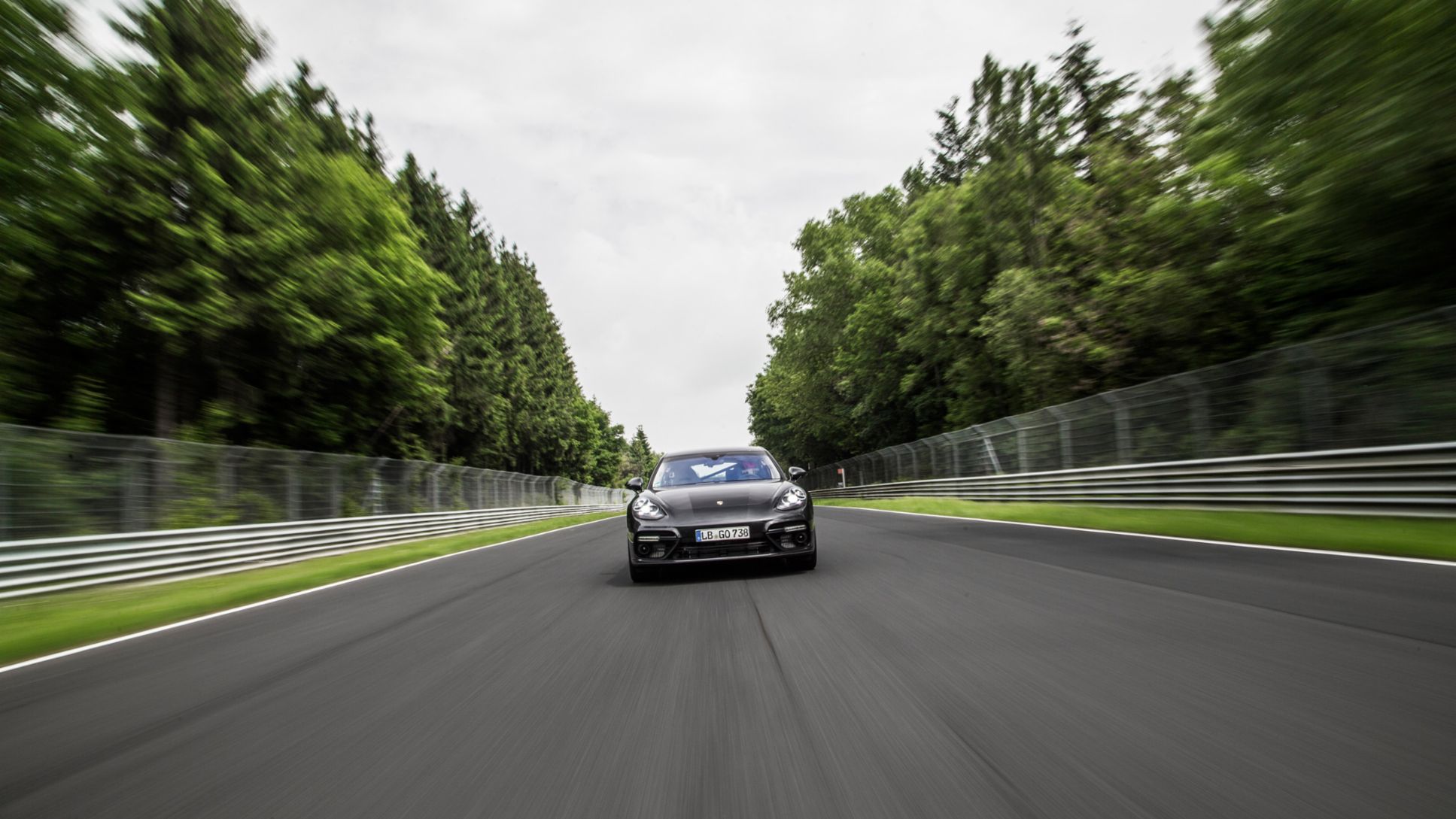 Just a short time after making its premiere in Berlin, the new Panamera has hit the headlines with a world record on the Nordschleife at the Nürburgring.

It took Porsche test and development driver Lars Kern only seven minutes and 39 seconds to cover the 20.832 kilometres of the Nürburgring's Nordschleife in the new Panamera Turbo. That makes the latest model in the Porsche family the world's fastest luxury saloon.

For sporty vehicles, their performance in 'Green Hell', as the demanding stretch of circuit through the Eifel Hills is called, is regarded as an industry-wide benchmark of power and capability. A recent impressive performer here was the Porsche 918 Spyder, in which Marc Lieb tamed the circuit in just six minutes and 57 seconds. Now the second generation Panamera has caused a new sensation!

The Panamera outdoes itself

Probably even more noteworthy than the fact that Porsche beat the previous record holder in the saloon category, the Alfa Romeo Giulia Quadrifoglio, by a second, is the improvement in its own performance of 14 seconds. The previous Panamera generation needed seven minutes and 52 seconds to cover the distance.

In order to test the performance in conditions as close as possible to those of our customers, the only extras added to the standard version of the Panamera on the Nordschleife were a roll cage and a special sports seat for the driver's safety. Apart from that, customers can expect their own vehicle to perform exactly like the record-breaking vehicle.

The lap record on the Nordschleife is further proof that Porsche's development team has succeeded in establishing in the new Panamera not only a compromise between sporty performance and luxurious ride, but far more than that also in creating a fusion of the two. Gernot Döllner, Head of the Panamera Model Line, sees the success of this combination as confirmed: "On the one hand the Panamera is a comfortable luxury saloon, while on the other it is a thoroughbred sports car." Seven minutes and 38 seconds were "an impressive time, which shows what the vehicle is capable of on the performance front."

Development and test driver Lars Kern, who set the record time with the Panamera Turbo, is thrilled by the way it feels to drive the sporty saloon: "The engine delivers an incredible amount of power, yet is nevertheless controllable – the car is perfect to drive!" You will find further comments and impressions of the record drive in this video: