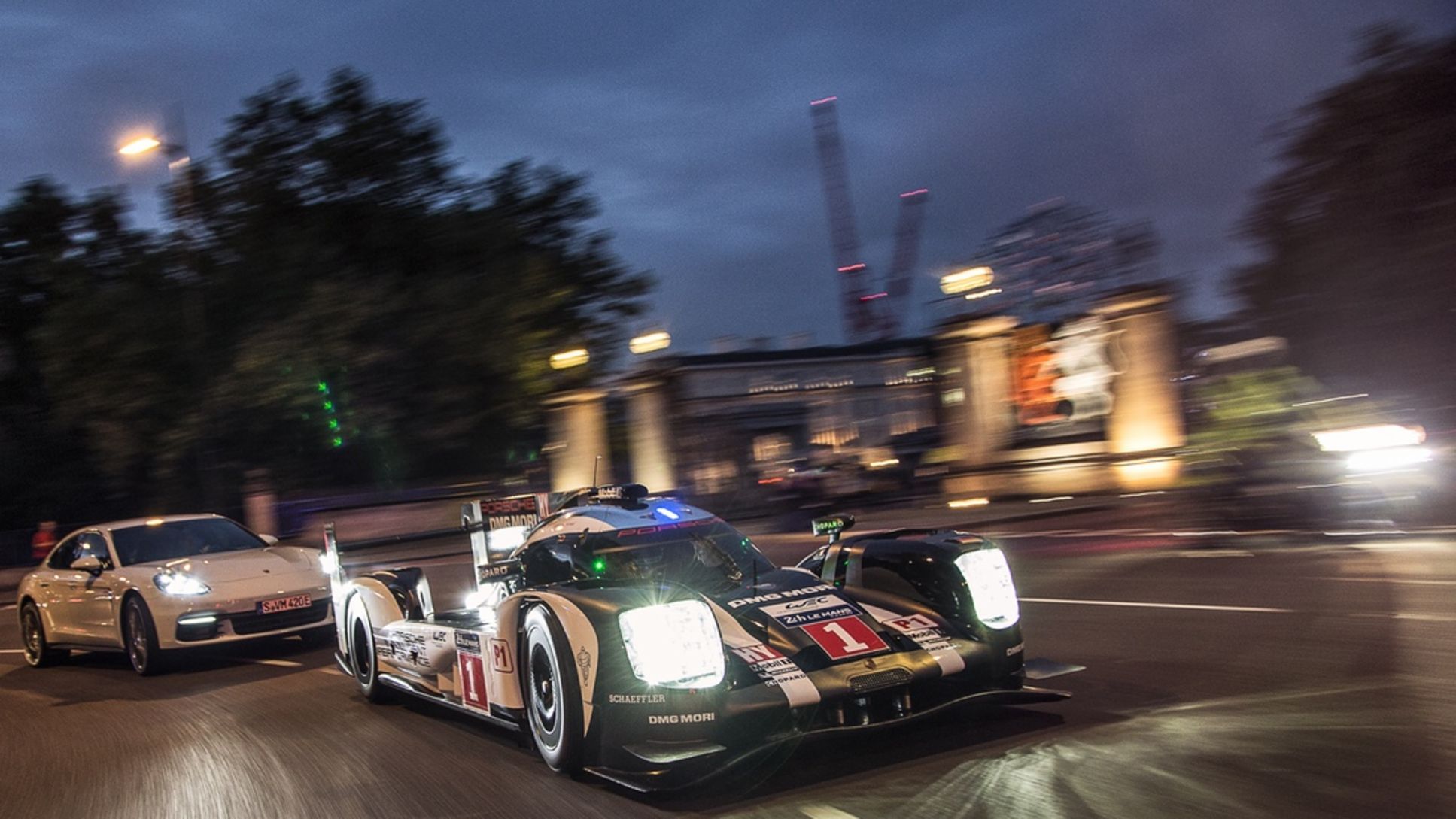 Mark Webber brings Porsche race-winning technology alive on the city streets of London – with the 919 Hybrid and Panamera 4 E-Hybrid.

This morning, the two most advanced Porsche cars built so far, the Le Mans-winning 919 Hybrid LMP1 and the all-new Panamera made history; the world’s fastest petrol: electric race car took to the London streets, alongside the new Panamera 4 E-Hybrid, to demonstrate how Porsche is translating its race-winning Hybrid technology from the track to the road.

Porsche has a proud tradition of proving innovative technology on the race circuit prior to developing it for its renowned sports cars. Underlining this track to road philosophy this morning was another world first; the new Panamera 4 E-Hybrid making its global debut alongside the 919 Hybrid.

Like the race car, the Panamera E-Hybrid is powered by a combustion engine and also an electric motor charged by lithium-ion batteries. Combined, this is the ultimate expression of a long-standing Porsche ethos; high performance with high efficiency.

A new type of Porsche ‘E-Performance’

For Porsche, the term ‘hybrid’ is synonymous with not only sustainable mobility, but performance, too – a fact proven not least by the 919 Hybrid achieving an unrivalled 18th overall triumph for the Stuttgart marque in the Le Mans 24 Hours endurance race in France in June. This commitment to a new type of Porsche ‘E-Performance’ is now also defining the Panamera 4 E-Hybrid.