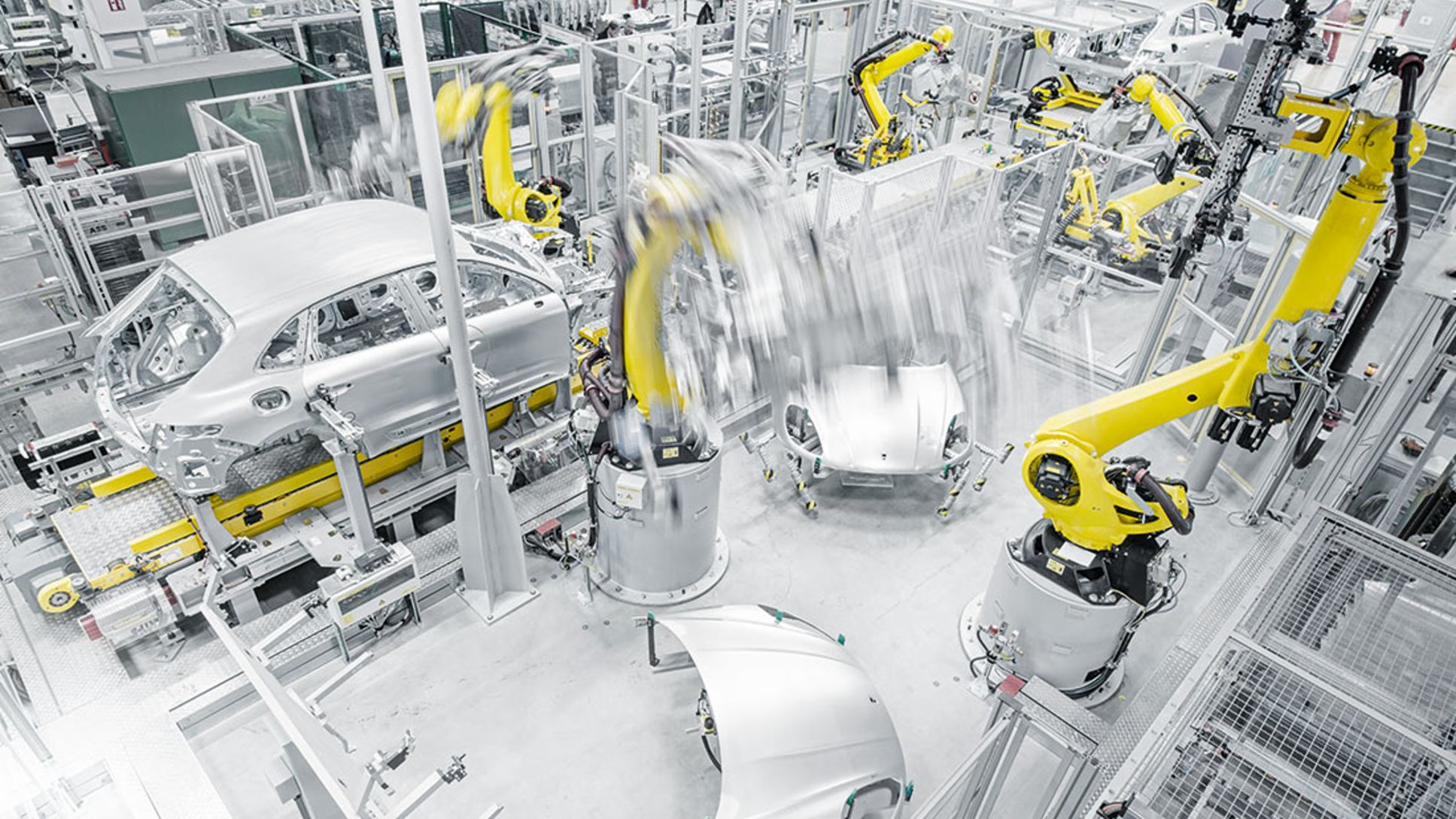 Made Perfect 1 – the body of the Macan

From a collection of individual aluminum and steel sheet parts to the car body shell of the Macan. The journey of the compact SUV at the Leipzig plant.

Like every Porsche, the Macan epitomizes the optimal interaction of man and machine. The intelligently controlled production process involves multiple locations and many suppliers, and culminates in state-of-the-art production at the Leipzig plant. In our series "Made perfect – the journey of the Macan" we accompany the entire production process of the compact SUV. The first part takes a look behind the scenes of the new body construction area.

The floor group opens the dance. At station 1810 in the new body construction area of Porsche’s Leipzig plant, three yellow robots perform their perfect choreography. They weld the front and rear floors as well as the front wheel wells, including the spring strut mounts and longitudinal members, with flowing, almost human movements. The Macan is built from the bottom up. At station 1810 the Macan is baptized—from here on out it’s a vehicle—and receives its birth certificate in the form of a transponder that bears its vehicle-specific identification code.

The Leipzig plant has been enlarged in less than 26 months

Shortly before the dance, it was just a collection of individual aluminum and sheet steel parts transported to the body construction supply center by suppliers. From there they are delivered by tugger train to the lines in the plant at the exact right time. Those lines were set up in record time. In less than 26 months, Porsche not only built the body construction area and paint shop, but also restructured the assembly line—without halting ongoing operations. The production floor grew from 79,900 square meters to 245,900 today. That’s equal to about 34.5 soccer fields. It is an achievement that has the full respect of Executive Board Member for Production and Logistics Dr. Oliver Blume: “I’m thrilled with how the team managed this huge job.”

Meanwhile, the first of the three robots has put down its welding gun and taken up the handling grippers with which it lifts the Macan underbody and places it on a transport slide, on which it then proceeds through body construction (see the info graphic starting on page 80). This step is followed by assembly of the side sections and roof as well as add-on part assembly, where the doors, tailgate, front wings, and clamshell hood, previously assembled in parallel steps, are integrated in the body. The hood is both a visual and a manufacturing highlight in one operation. “Its shape and size presented massive challenges at every stage of the production process,” says Thomas Riediger, the man in charge of planning the new lines.

The Macan's aluminum hood is one of the big challenges

The process begins in the Volkswagen plant in Bratislava, Slovakia. There, on the biggest press in the Volkswagen group, the Macan hood is formed. The press works with a force of 91,000 kilonewtons—roughly equivalent to the weight of 4,500 Macans—creating an especially large draw depth (the term when a cup or boxlike structure is formed) of 380 millimeters. The de-stacking, or transferring of the pressed parts, is done fully automatically by robots. This technique, which to date is done only in Bratislava, ensures that the aluminum hood is not damaged.

Back in Leipzig, we are at the last station in body construction, the finish. Two body construction technicians check the surfaces and add-on parts. “The vehicle geometry has to be right for everything to fit perfectly in assembly,” explains Riediger. From here, the bodies are sent to the paint shop.

In the next part the Porsche Newsroom accompanies the Macan at the paint shop. 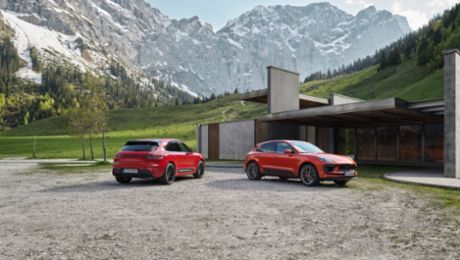 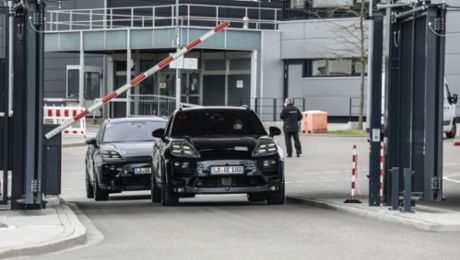