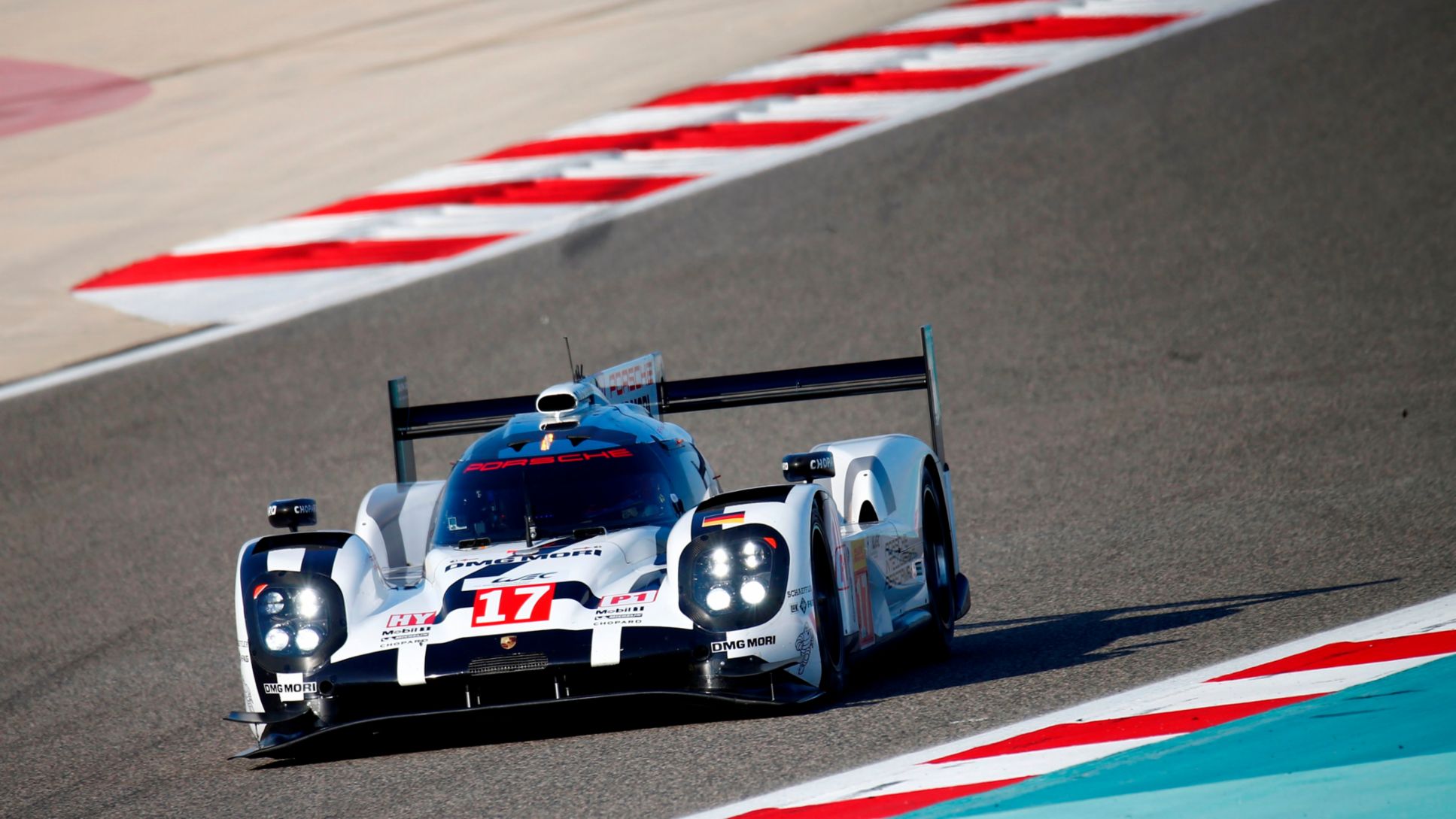 The day after the great WEC finale, World Champion Porsche has offered Juan Pablo Montoya and Mitch Evans a test opportunity for the 919 Hybrid.

Evans, who won Sunday’s GP2 race on the 5.421 kilometre long track, left a great impression as well as Montoya who, amongst other successes, has won seven F1 grand prix.

Evans’ fastest of his 54 laps during a race simulation was 1:43.60 minutes, only 1.71 seconds slower than Neel Jani’s fastest race lap of 1:41.89 minutes on Saturday during the 6-Hours of Bahrain. Montoya did 55 laps with the car of world champions Timo Bernhard, Brendon Hartley and Mark Webber. During Montoya’s race simulation his best lap was 1:44.46 minutes and when he was in qualifying mode, he set the fastest lap time of the day in 1:40.86 minutes. For comparison: Timo Bernhard’s lap time which secured the team the eighth pole position in the eighth race, was 1:39.67 minutes.

Team Principal Andreas Seidl: “After the highlight of yesterday we have been using the 2015 spec Porsche 919 Hybrid to give Mitch and Juan Pablo a good test opportunity with a lot of mileage. The day went smoothly with a mixed programme of short runs in the morning and longer runs for both drivers in the afternoon. Mitch had the experience of the Barcelona test under his belt; Juan Pablo only had a simulator session before and drove the car for the first time. We are very interested in drivers’ impressions, especially if it comes to a driver like Juan Pablo who has successfully driven so many different kinds of race car in his career. Both were quickly up to speed and did a good job.”

Juan Pablo Montoya (40, Columbia): “The car is amazing, it is currently the most advanced race car on the planet and it is a hell of a toy. I have driven all kinds of cars and this one is a lot of fun. It has a lot of power, is really, really stable and because it is so predictable, it invites you to overdrive it. That’s what I found the most impressive thing. In fact the car is so good that you don’t realize the speed your going. Beforehand it was a bit shocking when I was given a 30 page manual of how to operate the car, but then it wasn’t that difficult. The track here is good and I enjoyed the time here in Bahrain a lot. I came early to get an idea of how the team is doing things. I knew Fritz Enzinger and Andreas Seidl from Formula One days and it was great when they invited me to drive the 919 Hybrid. We don’t have any plans for the future, we didn’t even talk about it. I came to Bahrain to have fun and drive the hell out of the car and it was great.”

Mitch Evans (21, New Zealand): “It’s great to be back in the Porsche 919 Hybrid and to enjoy this level of technology. The car is really great to drive and it’s easy to get confidence in it. I’m learning little things here and there every lap. The car benefits a lot from the four-wheel drive under braking and obviously acceleration. The 919 has got a lot of downforce and the way it looks after its tyres is a lot better than in a GP2 car. The 919 Hybrid is a very refined car, the team has done a great job. Thanks to Porsche and to the FIA who have enabled me to do this rookie test.”