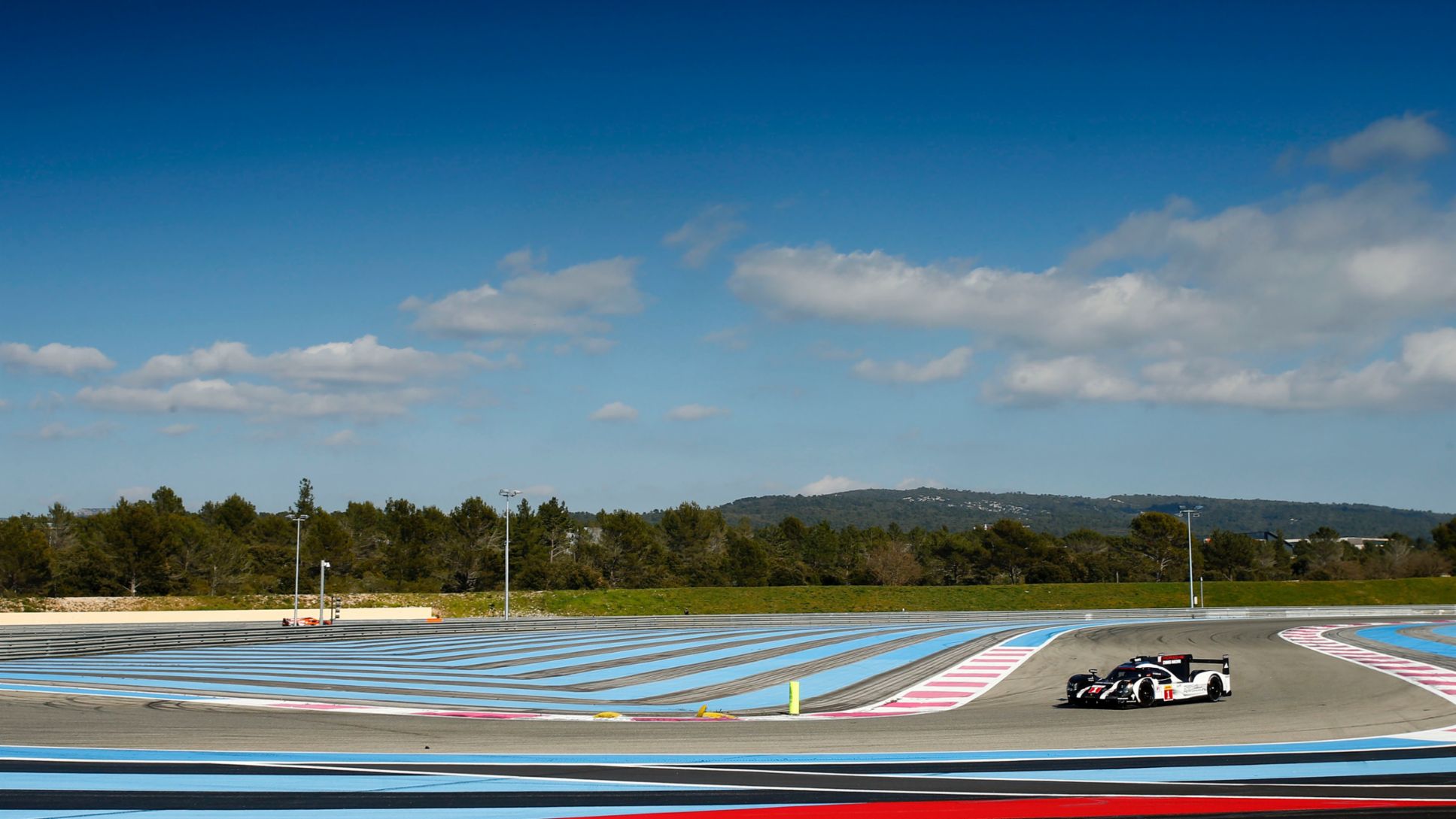 What do motorsport and sustainability have to do with each other? Technology transfer is eminently important at Porsche. Series-produced vehicles are the true beneficiaries of motor racing.

Motorsport and Porsche are inseparably linked. The very first car produced under this brand proved the strength of this combination. Just a few days after obtaining road approval, the 356/1 went on to win the Innsbruck City Race – back in July 1948. Even then, the lessons learned in respect of technical improvements were incorporated into subsequent series production vehicles. The 356/1 gave the initial impulse. And nothing has changed to this day. Motorsport teaches crucial lessons for series production vehicles. In return, series production provides stimulus for racing cars – technology is transferred in both directions.

The most recent technology showcase in motorsport: Porsche 919 Hybrid

The 919 Hybrid is the car that won Porsche its eighteenth 24 hours of Le Mans race and both the Constructors’ and Drivers’ Championships. Every race involves pushing the car to the absolute limit of what is currently technologically possible. The hybrid drive in the 919 Hybrid combines innovative downsized turbocharged technology with efficient gasoline direct injection for the two-liter V4 combustion engine, and uses a lithium-ion battery to store the electrical energy recovered from two different recovery systems (brake energy and exhaust energy).

Weighing just 875 kilograms, system performance by the 919 Hybrid is around 900 horsepower, providing important stimulus for Porsche’s development of future sports cars for the road. By contrast, the Porsche Mission E is the latest technology showcase in Porsche’s range of series production models. It too is pushing back the boundaries – of future emission-free mobility in a sports car. The company has already decided to put it into production. The first sports car for the road that is purely battery-operated and made in Zuffenhausen will be in the showrooms by the end of this decade. Porsche is investing more than one billion euros in this project.

A few key figures about the Mission E

Range: 500 kilometers, record recharging time. System performance: more than 600 horsepower. All-wheel drive with Porsche Torque Vectoring. All-wheel steering. Lightweight body, low center of gravity, with lithium-ion battery in the underbody, optimized weight distribution, perfectly balanced, perfect aerodynamics. The result is an outstanding drive with dynamic performance: 0 to 100 km/h in 3.5 seconds, 0 to 200 km/h in less than 12 seconds, a top speed of more than 250 km/h, the Nürburgring-Nordschleife in less than eight minutes – if you are so inclined.

“Mission Future Sports Car” is how Porsche titles its commitment to motorsport, which puts the point across clearly: The company is convinced that racing cars will always be important for the brand. But cars are changing – in the direction of zero emissions, for example. The tasks en route to zero emissions are by no means trivial; not even for a sports car manufacturer that can draw on thousands of race victories. This is not about minimum targets, it is about the best sports car ever; the perfect, balanced overall package combining performance, environmental compatibility, and social acceptability.

The 919 Hybrid is one such perfect sports car among the Le Mans prototypes – “the best of its era, as is so often the case,” according to Fritz Enzinger who is managing the LMP1 project. “Trimmed to the utmost efficiency in respect of drive technology, lightweight construction, and aerodynamics.” In preparation for the 2016 racing season, WEC rules have further reduced the specified fuel consumption and flow volume. In doing so, the rules are making sure the Le Mans prototypes do not get endlessly faster, while at the same time fueling the ambition of engineers to tweak ever more performance from ever less fuel. Maximizing efficiency and electrification are the key points that make the difference.

Two days in March 2016. Location: Circuit Paul Ricard in the south of France. Porsche has scheduled a 30-hour test of the 919 Hybrid in preparation for the upcoming racing season. A normal, but more than simple, exercise, as it is immensely challenging for both man and machine. Where does the specification of 30 hours come from?

According to Porsche Team Principal Andreas Seidl: “Le Mans is a 24-hour race and is the world’s hardest endurance race. Add a few hours on top – and we know exactly where we stand.” Ultimately the time will be exactly 31.7 hours and the total distance 5,939 kilometers, allowing immeasurable lessons to be learned about the vehicle, its technologies, and its performance.

The 919 Hybrid drives round and round the circuit under real racing conditions, interspersed only with brief pit stops and flanked by a team of mechanics and engineers that is also testing all of their workflows. The drivers take themselves and the vehicle to the limit. As in Le Mans they take turns, driving through the day, the night, and some of the next day. Each turn lasts two to three hours – peak athletic performance for hours on end.

You can see how tense and tired Timo Bernhard is as he climbs out of the cockpit and pulls off his helmet. Straight onto the massage table for some physiotherapy – what a tempting thought. But Bernhard has not finished yet. Surrounded by engineers, he sits in front of a long row of computer monitors. His colleagues analyze the racing driver’s performance against the clock, circuit by circuit. Nothing escapes them. They want to know how each individual system has worked, how the car responds in certain conditions, where the driver sees room for improvement.

We racing drivers are data recorders

We are talking optimizations of tenths or hundredths of a second here. It is a tiring meeting. After some turns, it only lasts five minutes, but this time Bernhard is not released for at least half an hour. He gives precise answers to all questions, while other lessons learned come gushing out – such as how he thought the racing start from the pit went, and how the overall 919 Hybrid system feels in minute detail.
“I don’t just drive at the limits,” he says, “I am continuously storing a huge number of sensations and impressions. We racing drivers are data recorders of a kind that you can talk to afterwards.” Bernhard looks at the engineers. They seem to be happy. Finally, the driver can hop onto the table and into the physiotherapist’s care.

Racing is primarily all about circling the track as quickly as possible. But there are also important side effects – such as developing new components to maximize efficiency and stability. Without them, you cannot win an endurance race – nor sell a series production vehicle. According to Fritz Enzinger: “Nowhere else are the test conditions as extreme as in motorsport. If it works here, it can be put to everyday use.” Although not every detail of a racing car is transferred to a series production vehicle, of course.

How do Porsche’s series production vehicles benefit from the 919 Hybrid? Enzinger does not even have to think about it. “What we do is pioneer work to improve batteries and ensure a vehicle has an efficient 800 volt network,” he says. The exhaust energy recovery system in the 919 Hybrid is completely new. The racing car is the first vehicle to recover energy not just when it brakes, but also when it accelerates. With that and all other features, the racing car becomes a development lab and technology accelerator on wheels. It pushes back the boundaries – not just for Porsche but for the entire industry, who constantly keep an eye on what is going on in Zuffenhausen and Weissach.

Mission E will transfer technology from the 919 Hybrid to a finished product. Just like the endurance racing car, the Mission E has two permanent magnet synchronous motors (PMSM) that are highly efficient, with high power density and consistent power performance. Unlike the electric drives that are commonplace these days, the motors demonstrate full performance capacity even when accelerating several times at brief intervals. The Mission E accelerates and brakes at a consistently high speed and without sacrificing performance. It also houses highly efficient batteries and an 800 volt network, which ensures extremely fast battery charging. Charging is an inductive process. The Mission E simply rolls onto its charging station and tanks new energy contactlessly without the need to connect a cable. Taking all its features together, this car is a perfect example of how Porsche is driving technology transfer.

Improving the Efficiency of all Types of Drive

The e-mobility age is, however, not going to dawn overnight. En route, it will be flanked by vehicles with combustion engines and hybrid drives – some of which will be outstandingly efficient. Which is definitely one of Porsche’s domains. Endurance races are not won by pure strength. Nowadays, they are primarily all about fuel economy to complete the distance in the best possible way. Porsche’s current range of series production vehicles with combustion engines or hybrid drives are also models of outstanding efficiency. The 911 Carrera that was introduced in 2015, for example, is 13 percent more economical than its predecessor.

The 718 Boxster that was introduced in March 2016 also manages on 13 percent less energy – in spite of its increased performance. Sportiness and driving performance are not sacrificed; on the contrary, they actually improve. With this in mind, it would not only be tempting but even almost logical to see components such as exhaust energy recovery in series production as well. “We would be delighted, of course,” says Enzinger. “The technology has become a permanent fixture in our racing cars, so it is ready and waiting at the Development Center, in Weissach.”

Weissach – the Center of Knowledge

Weissach – an almost magical place for automobile enthusiasts. The series production vehicles of the future are designed here, in Porsche’s Development Center. The Motorsport division is also located here, with its team of around 260 employees. Porsche reinvents the sports car every day in Weissach. Always has, always will. And Weissach never forgets a thing. The knowledge pool is huge and grows bigger every day. It bundles together experiences, facts, lessons learned, and methods in databases, computers, and archives. But its most valuable capital is always the human factor.

No matter what area of expertise, the best of the best work for Porsche. The transfer of technology between series production and motorsport and back is built on a simple but very effective base: an open attitude toward temporary project teams and knowledge transfer between different departments. What tasks need performing, which challenges need overcoming? The right people provide the right answers.

Experience in all vehicle construction disciplines

According to Porsche Team Principal Andreas Seidl: “We would never have been able to develop the 919 Hybrid as quickly without our colleagues from series development. They have masses of experience in all vehicle construction disciplines – such as hybrid technology – that is available in full to our design engineers.”

Fritz Enzinger adds: “Racing is characterized by extremely short development times: We develop something for one season, and sometimes from one race to the next. Races are our acid tests. They enable us to feed new knowledge back into the pool extremely quickly. Some of that knowledge will emerge in future series production vehicles.” 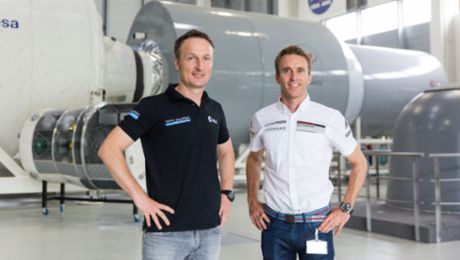