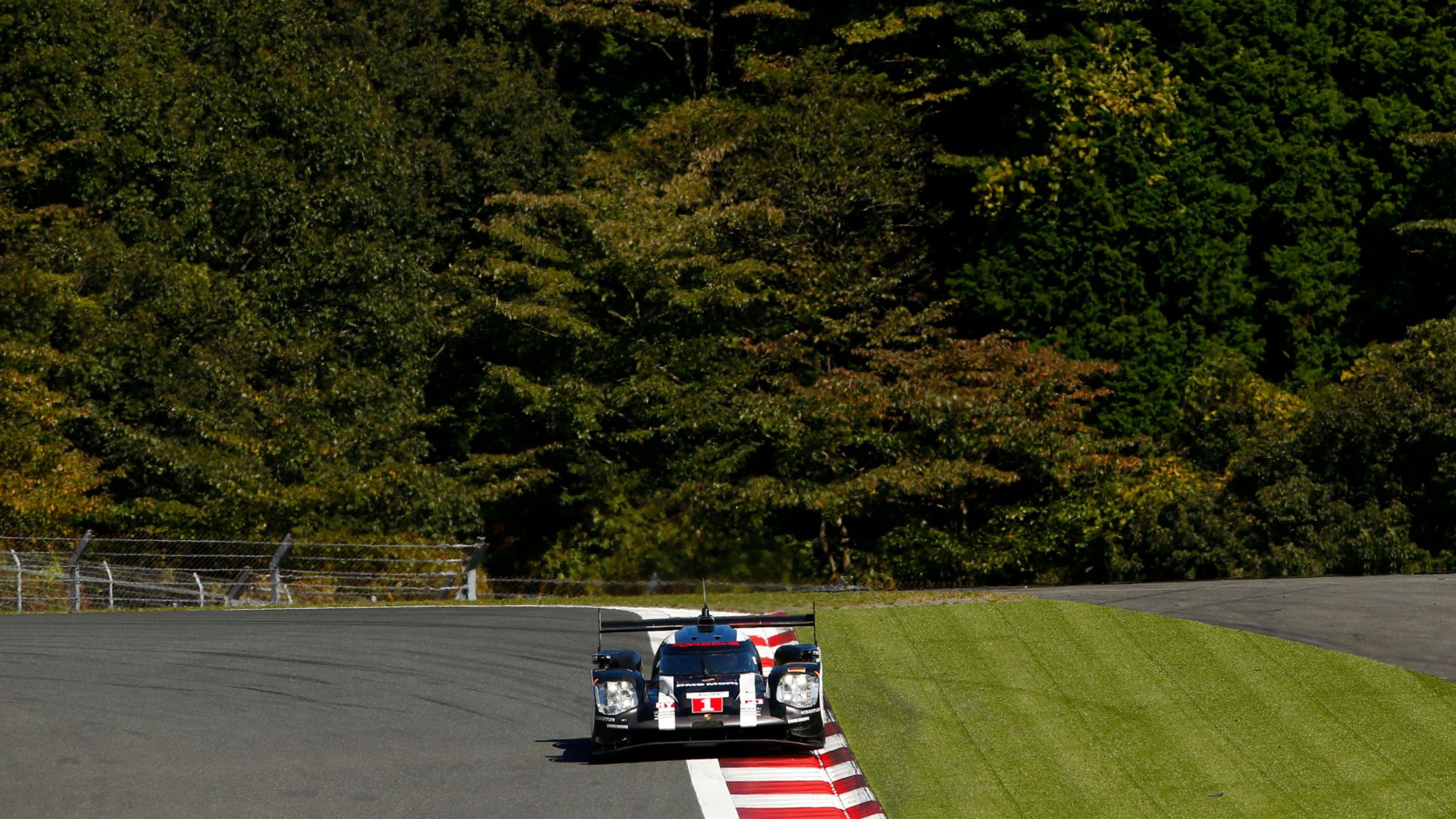 919 Hybrids back on front row

The two Porsche 919 Hybrids will start from positions two and six on the grid for the seventh round of the FIA World Endurance Championship (WEC) at the Fuji International Speedway in Japan.

The reigning world champions, Timo Bernhard (DE), Brendon Hartley (NZ) and Mark Webber (AU), have qualified for front row. The current championship leaders, Romain Dumas (FR), Neel Jani (CH) and Marc Lieb (DE), will start the six-hour race on Sunday from sixth on the grid. Pole position went to their rivals from Audi: The car number 8 crew was 0.025 seconds faster than the best Porsche. This translates into a distance of less than 1.4 metres.

For Porsche, this year’s mission hots up with the race at the 4.549 kilometre Formula One circuit at the foot of Mount Fuji. Porsche’s target is to defend both titles, for manufacturers as well as for drivers. Mathematically, but only if there were extraordinary circumstances, an early outcome in Japan is possible.

In the WEC the average of the respective best laps of two drivers counts for the grid position. Bernhard/Webber (car number 1, position 2, 1:23.595 minutes) and Jani/Lieb (car number 2, position 6, 1:24.134 minutes) were the qualifying drivers in Japan.

Fritz Enzinger, Vice President LMP1: “Tight, tighter – Fuji. 25 thousands of a second separate pole position from P2. It was always close but never that close this year. Also in the race we expect excitement and tight competition. According to the forecast it might be a little cooler tomorrow and we would not mind that.”

Andreas Seidl, Team Principal: “It was another thrilling qualifying and we managed to get the 919 Hybrid back on front row. It proves that our 2016 car is competitive on a special circuit like the Fuji Speedway with its ultra long straight. Timo and Mark both did perfect laps and missed pole position by a hair's breadth. We will analyse what didn’t allow Neel and Marc to fully exploit the potential today. In free practice we have seen that we are good on long runs with both cars and now we are looking forward to the start of the race.”

Drivers Porsche 919 Hybrid number 1
Timo Bernhard (35, Germany): “We have no reason to blame ourselves. We were fighting hard and missed a possible pole position by three hundreds of a second, which, of course, it is a shame. Mark did two super laps and my lap was good. Now we have to rethink and switch to race mode, tomorrow is the day that counts.”

Mark Webber (40, Australia): “It was a really good fight for pole today. It wasn’t quite enough for us, but Timo and I we were both happy with our best laps and we are in good shape for the race.”

Drivers Porsche 919 Hybrid number 2
Neel Jani (32, Switzerland): “It wasn’t a good qualifying for us. We have to look into it and find out why that was. Personally I didn’t get together an ideal lap and wasn’t entirely happy with the car either. Now we have to make sure to get everything right for tomorrow. Given how the competition level is, we might see a really hot race.”

Marc Lieb (36, Germany): “P6 isn’t great. The number one crew fully exploited what was possible and we didn’t. It was very exciting but we were unlucky in traffic. The competition is so tight, if you lose two or three tenth of second, you find yourself back in sixth place.” 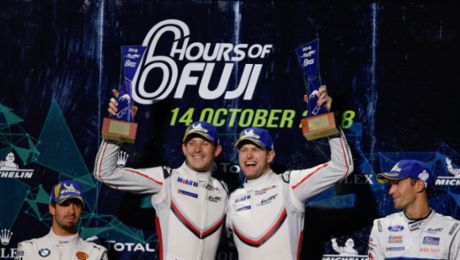