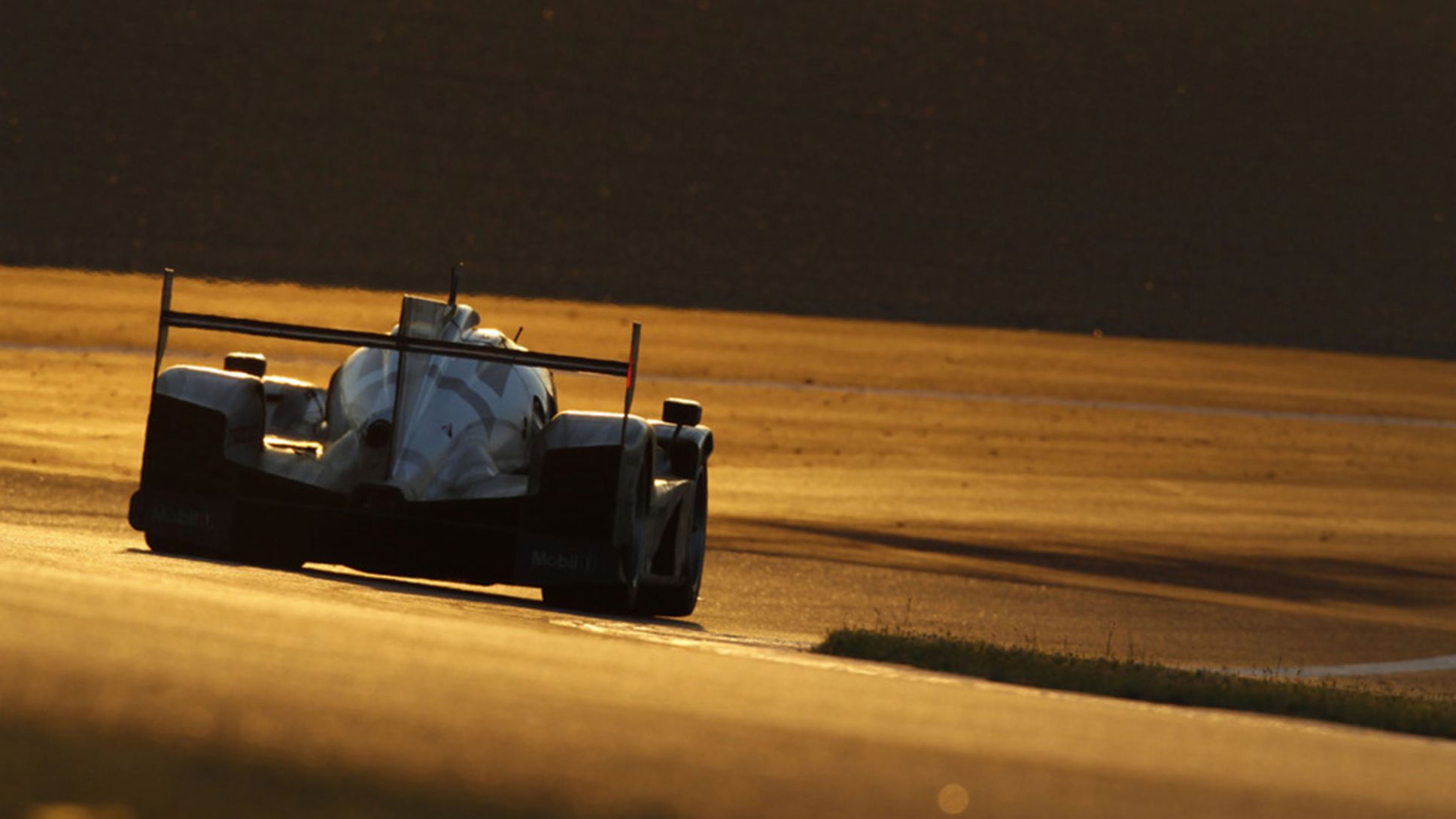 Driving into the night in Austin

At the Circuit of the Americas in Austin/Texas, the Sports Car World Endurance Championship WEC picks up momentum again on 20 September.

The six-hour race will start at 5pm with the sun setting at 7.43pm. This schedule makes it the maiden night race for COTA, while the six Porsche 919 Hybrid works drivers have all the experience from Le Mans in how to deal with twilight and darkness. The circuit in the US poses quite a variety of challenges: The start-finish-straight leads steeply up the hill and into a left-hand hairpin. Other exciting sections of the circuit are borrowed from famous racetracks of all over the world. They are reminiscent, for example, of the Esses at Suzuka, Maggots-Beckets at Silverstone and the Hockenheim Motodrom. The back straight is an impressive 1.2 kilometre stretch.

With its hybrid powered Le Mans Prototype (LMP1), the Porsche Team enters the most innovative race car in the entire field and has set itself high targets for the remaining five rounds of the World Championship. To recall what has happened so far: At the Porsche 919 Hybrid’s race debut in Silverstone (Great Britain), the team was instantly rewarded with a podium finish.

It was the trio in car number 20 who came third – Timo Bernhard (Germany), Brendon Hartley (New Zealand) and Mark Webber (Australia). At the second WEC round in Spa-Francorchamps (Belgium), again a six-hour race, the crew of the sister number 14 car got into the limelight by taking the first pole position. Number 14 is driven by Romain Dumas (France), Neel Jani (Switzerland) and Marc Lieb (Germany).

At the third and most famous WEC race, the Le Mans 24-Hours, the team put in a strong performance, but only car number 14 finished the race – in 11th place overall after time consuming gearbox repairs in the final hours. For Bernhard/Hartley/Webber it was even harder: car number 20 had been leading for 37 laps and was well on track for a second place finish when Mark Webber had to retire the car two hours before the end, because of an engine failure.

Summerbreak: Many details have been improved

Since that day, 15th of June, the Porsche Team has used the break well for development work at the headquarters in Weissach and for testing in Paul Ricard (France), at the EuroSpeedway Lausitz in Germany and, again in France, at Magny-Cours. A new aero package has been introduced to provide a higher downforce level for the remaining rounds in Austin, Fuji, Shanghai, Sakhir and Sao Paulo. Furthermore a lot of details have been improved, which wasn’t possible before Le Mans as the team had to focus on reliability and had to freeze the car’s specification.

Fritz Enzinger, Vice President LMP1, says: “We are highly motivated going into Austin and want to benefit from everything we have learnt so far.”

Porsche 911 RSR in the GTE-Pro class

Porsche Team Manthey also fields a pair of 911 RSR in the most competitive GTE-Pro class and has reshuffled the driver pairings for the remainder of this challenging phase.

Jörg Bergmeister’s (Germany) new teammate in the #91 Porsche 911 RSR is Richard Lietz (Austria), allowing Patrick Pilet (France) to join forces with his compatriot Frédéric Makowiecki in the 911 RSR with the number 92. Whether Richard Lietz is ready to race in time for the Austin round depends on how well he has recovered from his accident during a practice session at the Tudor United SportsCar Championship.

• The length of the Circuit of the Americas is 5.513 kilometres. One lap features nine right-handers and 11 left-handers. The circuit, designed by German architect Hermann Tilke, has 40 metres difference in altitude and is run anti-clockwise. The longest straight is 1.2 kilometres.

• The ambient temperatures are expected to be around 30 degrees Celsius.

• In 2013, the race winner completed 187 laps (1,030.93 kilometres) in six hours. Over this distance each of the two Porsche 919 Hybrid cars would generate and utilise 195 kilowatt hours (kWh) – an amount of electrical power that would light a 60-Watt incandescent light bulb for almost 20 weeks.

• In normal racing mode (without any safety car periods), the Porsche 919 Hybrid must refuel every 31 laps. This would mean five pit stops for refuelling per car.

• Two fuel tank fills (62 laps) with one set of the Michelin race tyres is the Porsche Team’s target for COTA.

• The population of the fast growing city of Austin is around 800,000 people. The town was founded in 1835 and later named after colonist Stephen F. Austin.

• Twenty nine cars in total are on the entry list for the fourth round of the FIA World Endurance Championship. Nine of them compete in the LMP1 category alongside the Porsche 919 Hybrid cars. Their car numbers, 20 and 14, stand for the year of Porsche’s return to top-level motorsport.

• During the short qualifying – 25 minutes shared by LMP1 and LMP2 cars – two drivers per car must drive. The official qualifying time is the average of the two fastest laps of both drivers (i.e. the average time of four laps).

• The Porsche Team has sent 35 tons of airfreight on the world tour. The majority of the freight travels from Austin straight to Fuji, to Shanghai, to Sakhir and then to the final race in Sao Paulo. The equipment includes the two race cars, one spare chassis, four engines, four gearboxes, three suspension sets, 100 rims, 120 radios and headsets, about 400 metres of electric and IT cables, four tool cabinets as well as 30 fireproof overalls and helmets for the team.

• In the WEC standings after three out of eight races, the Porsche Team with 60 points is currently third behind Toyota (115) and Audi (114). In Le Mans double points were awarded.

• With these two LMP1 cars, the Porsche 911 RSRs from the GT categories of the WEC and the TUDOR United SportsCar Championship (USCC), there are a total of seven works race cars from Porsche running in Austin.