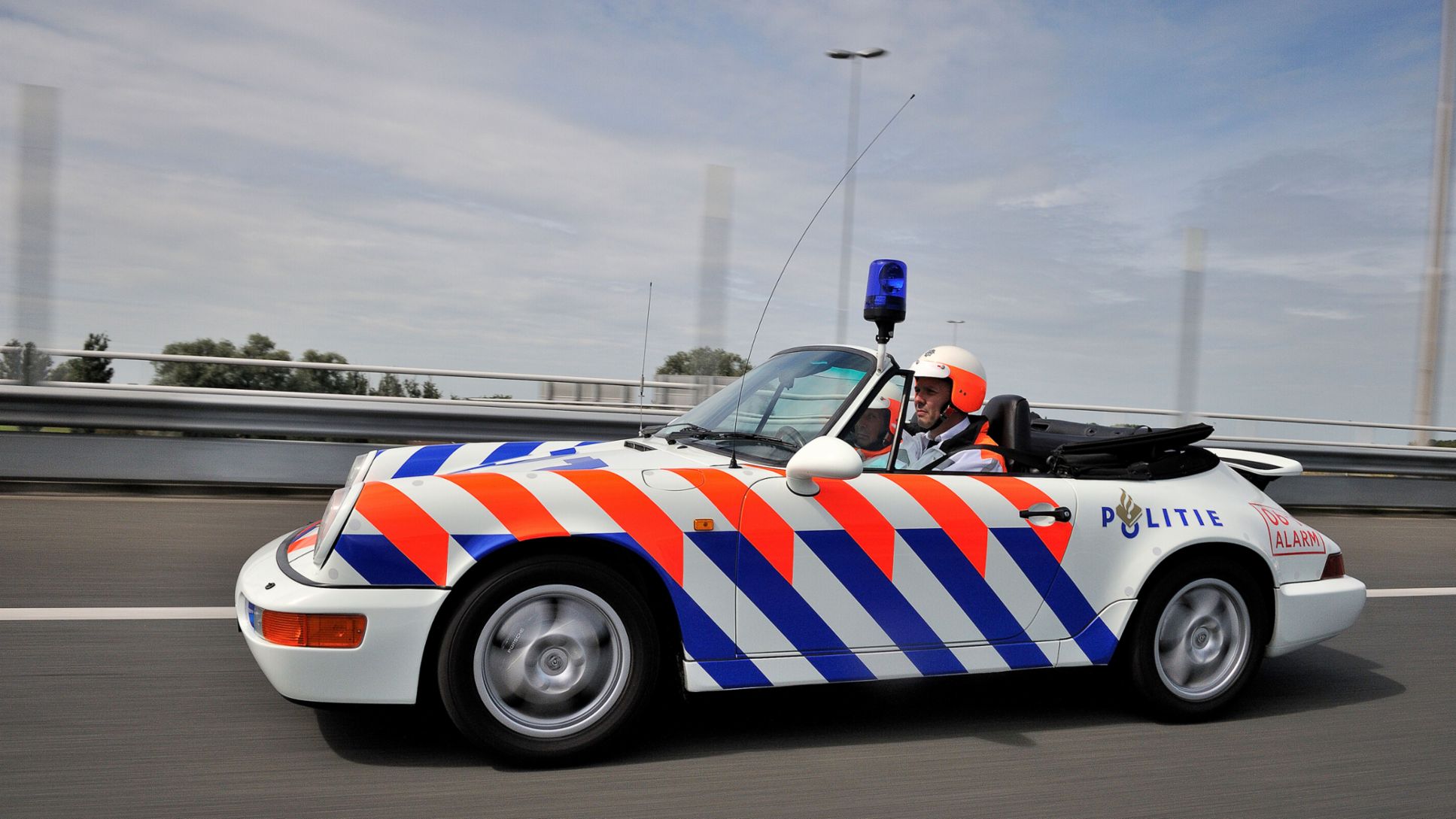 It’s the well-documented stuff of Porsche legend that for many years the Dutch police force employed an elite national guard – the Rijkspolitie – who drove 356 and 911 pursuit cars on their national highways.

In the early 1960s the marked absence of a speed limit on Dutch motorways saw serious accidents on the rise, so the Rijkspolitie was tasked with finding a suitable vehicle for high speed patrol. The list of requirements was exacting: it had to be mechanically reliable, it had to handle, it had to stop on a dime and, of course, it had to have an open top. Apparently this last one was so that, unlike any other police force in the world, its officers could stand up in their cars to direct traffic.

It didn’t take long for the Rijkspolitie to point the money men towards Zuffenhausen, where the advanced, elegant and comparatively understated 356 made a watertight case with its balance of performance, presence and versatility. And Cabriolet option. From 1962 to 1966, the trademark orange and white 356, with single blue light on its A-pillar, established the Rijkspolitie as the ultimate no-nonsense highway patrol.

The 911 was well into production at this point, but it wasn’t until Porsche unveiled the Targa in 1967 that the Dutch authorities got back on the phone. Perhaps unsurprisingly, the 911 Targa was a keeper, and remained a fixture of Dutch policing until 1996. In total a whopping 507 Porsche cars have worn the familiar livery of the Rijkspolitie, including the 914, 924 and 964, making it the largest historic Porsche police fleet in the world.

To celebrate this treasured part of Dutch motoring heritage, a local team of collectors, with the support of Porsche Classic Center Gelderland and Porsche Netherlands, organised a reunion of existing Rijkspolitie Porsche cars earlier this month, and wrapped a 918 Spyder in matching livery to mark the occasion.