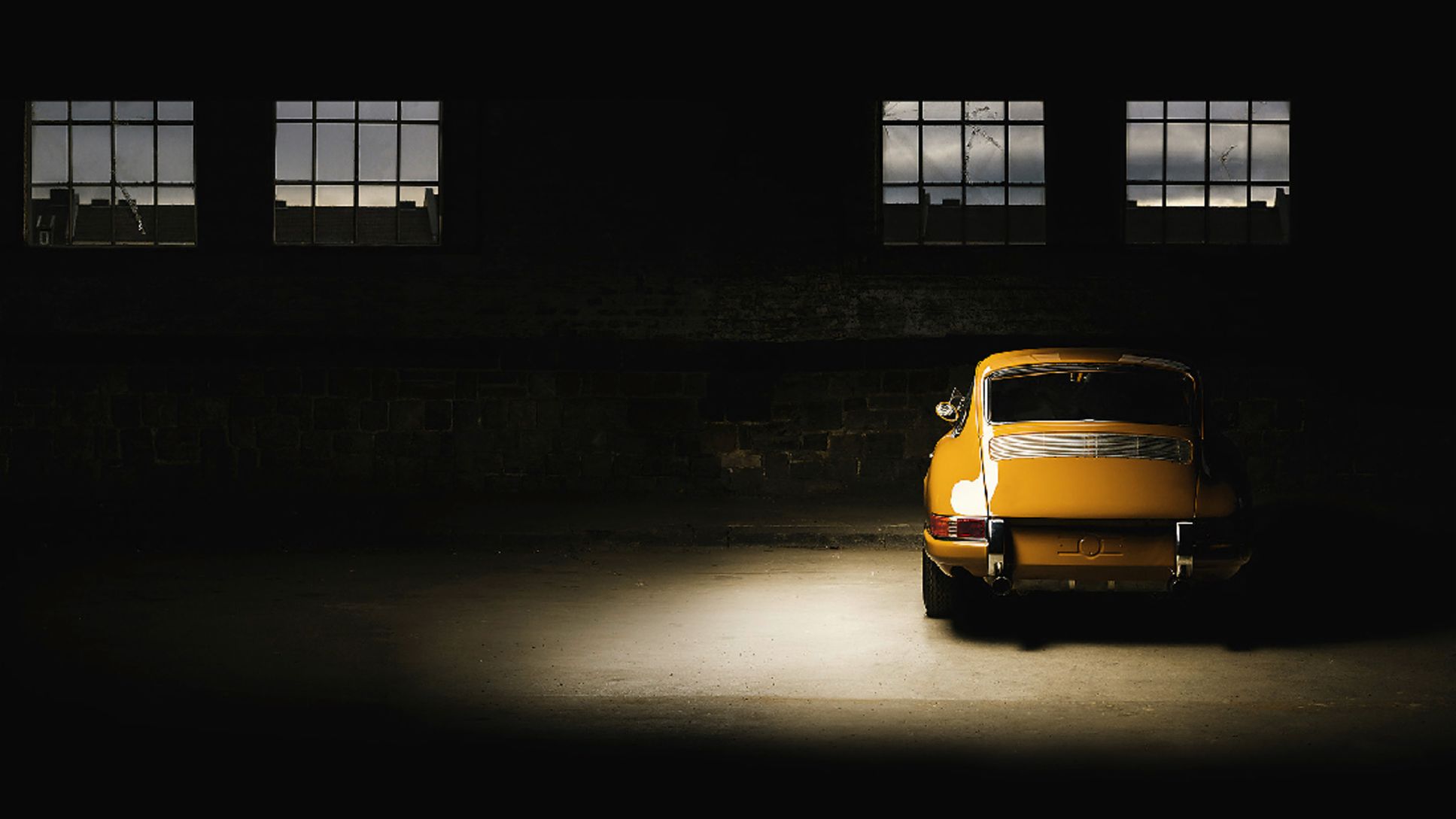 A tracking system and a mechanical shift lever lock for classic Porsche models finally put a spanner in the works for car thieves.

Old Porsche cars are more sought-after than ever. Not only by lovers of vintage cars, but also by organised gangs of car thieves. With this in mind, Porsche Classic has now further developed a satellite monitoring system that has been offered for new vehicles for some time, for use in modern and vintage classics. The key feature of the new “Porsche Classic Vehicle Tracking System” is an autonomous sensor package that is integrated at concealed points on the vehicle. This device communicates with a security network that covers the whole of Europe. The tailored versions of the new system are suitable for all Porsche classic vehicles – from the 356 with its six-volt electrical system to the Carrera GT. “In future, the new tracking system will allow us to offer our customers anti-theft functionality that will trigger an alarm for tracking the vehicle if someone tries to steal it. In an ideal scenario, this intervention will stop the vehicle from disappearing right from the outset”, explains Alexander Fabig, Head of Porsche Classic.

The system consists of several components. First of all there is the hardware. The rather inconspicuous and compact component is housed in the vehicle. The developers have defined several options for each Porsche model. The Porsche Centres in question also receive the relevant plans. And even if a highly organised gang of thieves succeed in stealing technical information of this kind – because there are always different places to position the transmitter in the cars, it is extremely difficult and above all time-consuming to detect the device and possibly disable it. The time factor plays a crucial role for thieves in general, because they want to leave the scene of the crime as quickly as possible with the object of desire.

A popular trick with car thieves is to first disconnect the battery, so that alarm systems and similar protection devices are disabled. But with the new system this is useless. “It’s true the hardware is connected to the electrical system. But if the circuit of a vehicle equipped with this is interrupted, an alarm is immediately triggered”, says Linda Vetten, Product Manager in the Classic Customer Centre. In addition, the system is equipped with its own battery and is therefore autonomous. As with the GPS monitoring of new vehicles, the alarm is sent to the international security centre. The customer also receives a notification through the corresponding app. If the owner confirms unauthorised access when prompted, the authorities are informed and the hunt for the thieves begins. The security centre uses the system to identify the location or driving route of the classic vehicle and supports local responders in the search.

There is also the option to prevent the engine from being restarted via a wireless command, if the car is switched off in the meantime. The vehicle can then only be unlocked by employees of the security centre. Of course, the Porsche developers are aware that the gangs have access to state-of-the-art technology, such as jammers that block GPS signals. Linda Vetten responds: “If jammers are detected, once again an alarm notification is immediately sent out.” Only Porsche Centres are authorised to perform the installation. Depending on the model, installation takes between one and four hours. The cost of the device is approximately EUR 1,000 plus a service charge of EUR 20 per month.

To complement the electronic solution, a mechanical shift lever lock is also available. This makes it virtually impossible for thieves to drive the car. This shift lever lock has been developed by the Berlin-based company Bear-Lock. It is currently available for prospective Porsche modern classics, such as the 997 generation of the 911, the Boxster 986 and 987 series, the first Cayman (987) as well as the first and second Cayenne. Furthermore, Porsche Classic has spoken with Bear-Lock: If there is a sufficient number of genuine requests for certain classic Porsche cars, development for other models is conceivable. Around 50 to 100 pre-orders would be enough for a specific development – say, for the Porsche 911 G models or the 356 – to be investigated. It is possible to envisage this being centrally organised through the Porsche Clubs.

Porsche Classic itself became aware of Bear-Lock through an indirect route: A member of the editorial team had his VW California – also very popular with gangs of thieves – fitted with the system. Among drivers of the Bulli – whether in the form of a camper or van – the Bear-Lock is now a must-have when it comes to reliable anti-theft protection. In cities like Berlin or Hamburg there are increasing numbers of Bullis about with the Bear-Lock sticker on the window. And you only get this sticker if you really have the lock on board.

Bear-Lock – this is how it works

This is how it works: The gear shift lock simply blocks the gear shift – for vehicles fitted with manual transmission when reverse gear is engaged, and for automatic models when park mode is engaged. The locks are individually developed for each car type and are installed (with tear-off screws) behind or under the centre console at existing points on the body, so that no changes need to be made on the car.

The structure of the system is always similar: it consists of a main part with lock cylinder and bolt or latch. To lock, the bolt or latch (depending on the vehicle type) is pushed out directly in front of the shift lever or in a counterpart attached to the shift rod or shift cable. From the outside, this construction is not visible. In the vehicle interior, you can only see the lock for the shift lock. For this a hole of 22 to 33 millimetres is drilled in the centre console. However, the lock and its casing have a very high quality finish and do not detract from the look of the interior. To lock the vehicle, you simply rotate the lock slightly in a clockwise direction and press. Unlocking is done with a key. The locks are only delivered to specialist workshops – for example, Porsche Centres. Installation takes about three hours. The gear shift lock itself costs around EUR 250 including VAT. 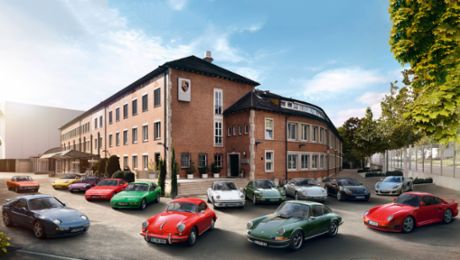 Porsche is currently developing a comprehensive anti-theft protection system for all classic models..