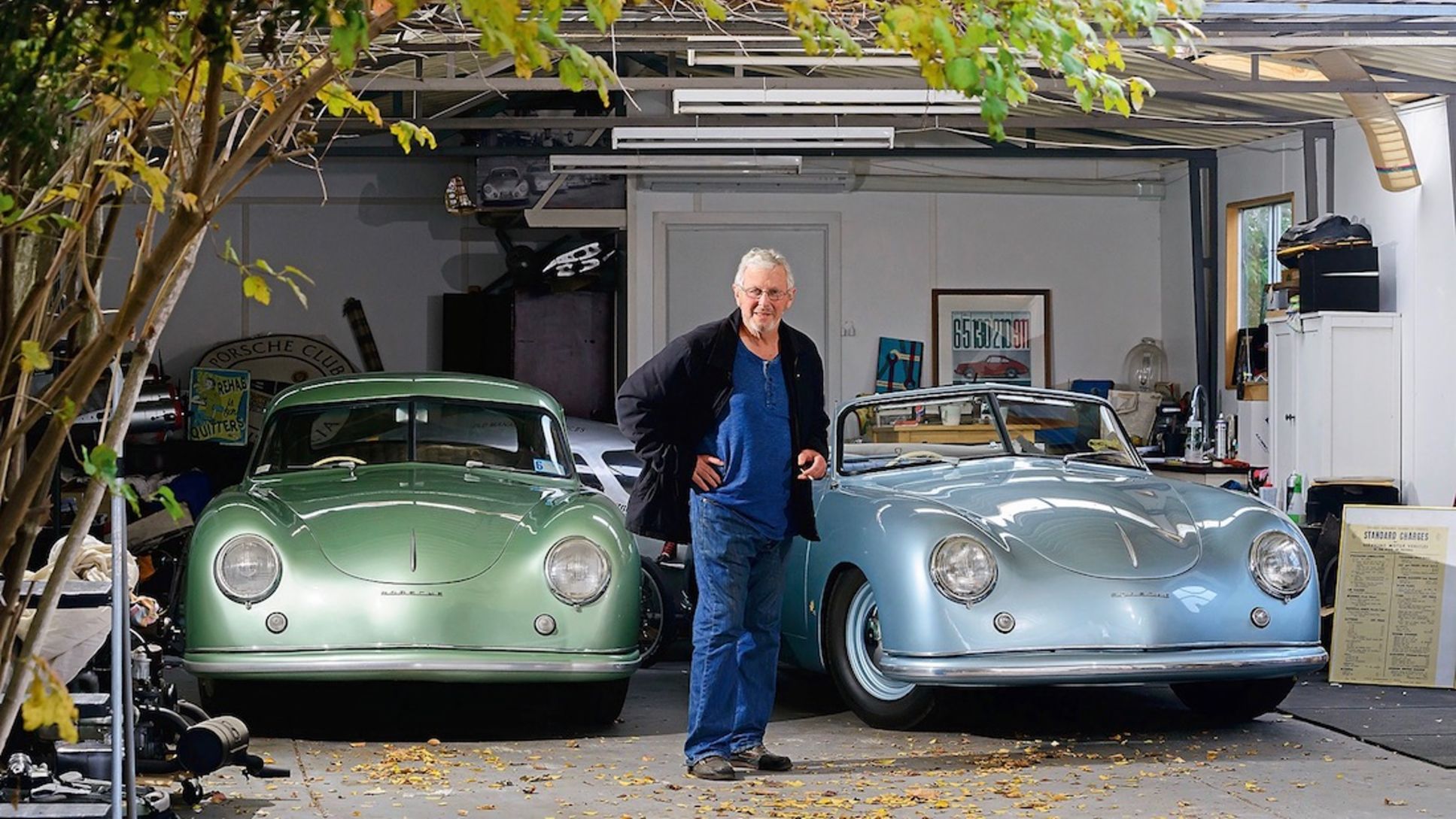 Two out of three

Australian Greg O’Keefe has spent most of his life tracking down and collecting Porsches. He has owned countless 356, but these two are very special.

Greg O’Keefe takes a drag on his cigarette and thinks for a moment. “I must have got my hands on more than 50 Porsche 356”, he says matter-of-factly while slowly exhaling the smoke from his lungs. The enthusiasm for the Stuttgart brand was essentially inspired by his teacher, who drove a 356C Coupé. “But I also fell in love with the perfectly shaped body,” he clarifies. “My teacher said I would never own a Porsche.” Greg’s school marks left much to be desired. Spurred on by this cruel statement, he did not end up top of the class. But he managed to get the money he needed to buy a Porsche at quite an early stage. In 1971, at the age of 17, he had flogged so many Porsche parts that he could afford a 1956 356A Coupé for a whopping 400 Australian dollars (about 450 USD). Dream number one was fulfilled, and his passion for collecting kindled.

Greg was actually “only” a bridge builder. A badly paid back-breaking job – just as his teacher had predicted. But cunning is more than a match for poor school marks in the long term. Greg brought his coupé up to scratch and sold it at a profit. His next car was a 356 convertible. He drove it for 160,000 kilometres. The air-cooled business was getting better and better, and Greg bought and sold almost every month. It was also in 1971 when he saw the split-screen coupé with the chassis number 11186 for the first time. “It was pale yellow and was just lying around in this collector’s shed,” he recalls.

It was the third right-hand drive Porsche ever made, and the third Porsche to travel from Germany to Australia – in February 1952. “I had to have it.” Greg nagged the owner for 24 years before finally getting the chance to purchase it. “The coupé was so good that I simply restored the engine to its original condition and painted it in the original colour: Radium Green, code 510.” The 356 has been standing in a nondescript garage in Melbourne ever since – when he’s not on the road in it. It now has 120,000 kilometres on the clock. “The car has been driven for less than 20 years of its life”, explains O’Keefe. “It has only just been run in!”

And if you’re thinking, “Wow, that a story!”, Greg adds more. The coupé’s garage companion is actually the very first right-hand drive 356 ever produced. The silver-grey convertible with blue leather interior (chassis number 10110), manufactured at the Stuttgart factory in July 1951, was driven to Genoa on customs plates and shipped to Australia in tandem with a burgundy coupé. Norman Hamilton, a Melbourne entrepreneur and Australia’s first Porsche dealer, imported the two siblings and made Australia the first right-hand-drive Porsche market in the world. Greg O’Keefe is proud to own two of the first three Australian Porsches, and as he glances at the Coupé he says: “We have lived the dream together!”, before taking a drag on his cigarette and swigging from a bottle of Diet Coke. 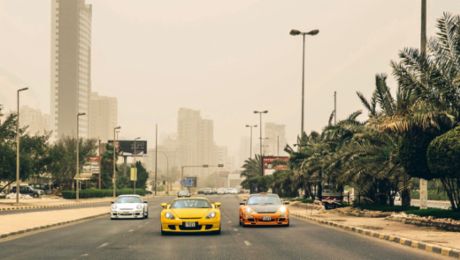 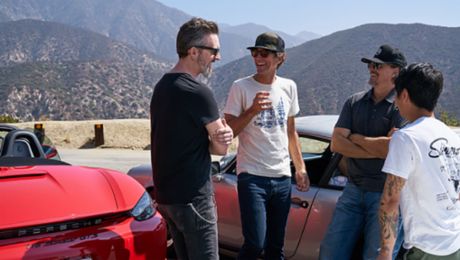