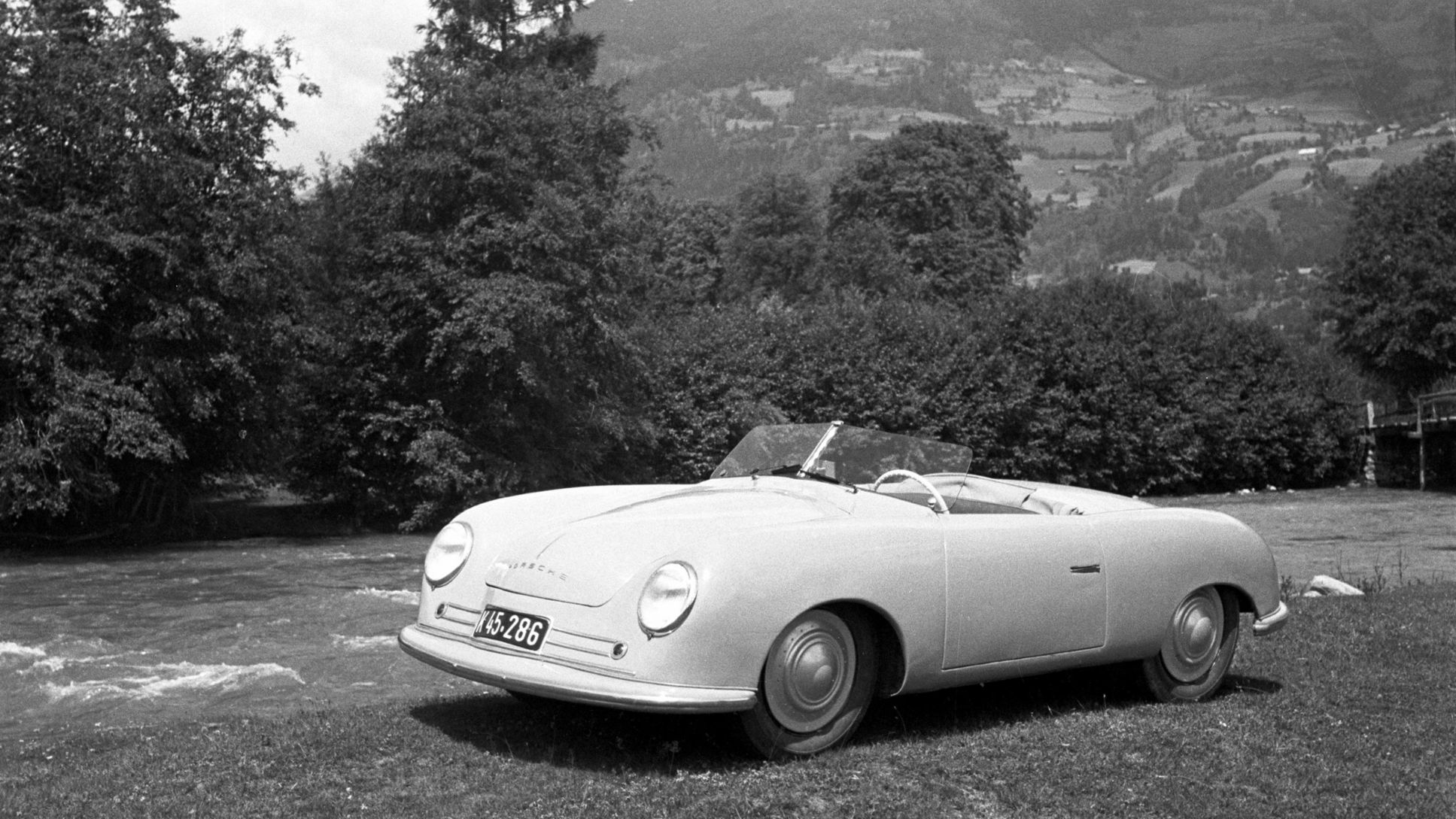 Every story is the sum of individual moments. Great stories are the sum of great moments. And the story of Porsche is no different. Key moment 4: 1950 – The perfectionist's moment.

For decades, Ferdinand Porsche has been famous for his engineering expertise, brilliant ideas and ingenious designs. He has created individual components and entire vehicles – from small cars to large saloons – for companies such as Zündapp, NSU, Volkswagen, Daimler-Benz and many others. One thing is missing, though: a car whose bonnet bears the name of this amazing designer. In 1948, the first vehicle to carry the official "Porsche" label is finally launched on the market. However, the Porsche 356 is built not in Zuffenhausen, Germany, but instead in Austria. Due to the war, Porsche had moved his design office from Stuttgart to Gmünd in the Carinthia region of Austria in 1944.

A total of 53 vehicles are eventually built in Gmünd before Ferdinand Porsche and his son, Ferry, finally return to Zuffenhausen in 1949. Nevertheless, it will be quite some time before Porsche is able to finance the construction of a full-fledged production facility, as the initial licensing fees for the Volkswagen are coming in only slowly from Volkswagen headquarters in Wolfsburg. Because of this, and the fact that the main Porsche plant is occupied by American forces, Porsche decides to cooperate with an old partner – the body manufacturing company Reutter, which is also located in Zuffenhausen. Plans call for the steel shell of the 356 to be built by Reutter for Porsche, as Reutter possesses both the expertise and the infrastructure needed to produce and assemble the elegantly curved components for the coupé and cabriolet.

Sporty and elegant – and perfectly symmetrical

The plans finally come to fruition on a March morning in 1950, when the first Porsche body built in Zuffenhausen is completed and presented for inspection. The Reutter mechanics have put wheels on the unpainted body-in-white and rolled the 356 into the factory yard. Professor Ferdinand Porsche then enters the yard with his son, Ferry, and the body designer Erwin Komenda. The elder Porsche takes a long hard look at the body. He circles the car several times, closely examining each side of the 356 without uttering a word. He then sits down on a stool directly in front of the bonnet. Is he satisfied? Is he proud? Is he happy – will he nod his head in approval? What will he say? "The car needs to go back into the workshop", Porsche grumbles. "The body's wrong; it's not symmetrical!"

Indeed, the body for the 356 is centred 20 millimetres too far to the right. The mechanics then go to work to make the necessary corrections. Without doubt, Ferdinand Porsche is quite well known for his direct and sometimes blunt way of putting things, as this episode in the Reutter factory yard illustrates. However, he is just as well known for his perfectionism and his absolute dedication to precision and top quality. These principles remain in place at Porsche today – they are deeply rooted in the company and its tradition. Customers quickly came to appreciate this, as a total of 317 brand-new Porsche 356 models had come off the lines and passed through the Zuffenhausen factory gates by the end of 1950. All of them were sporty and elegant – and perfectly symmetrical.