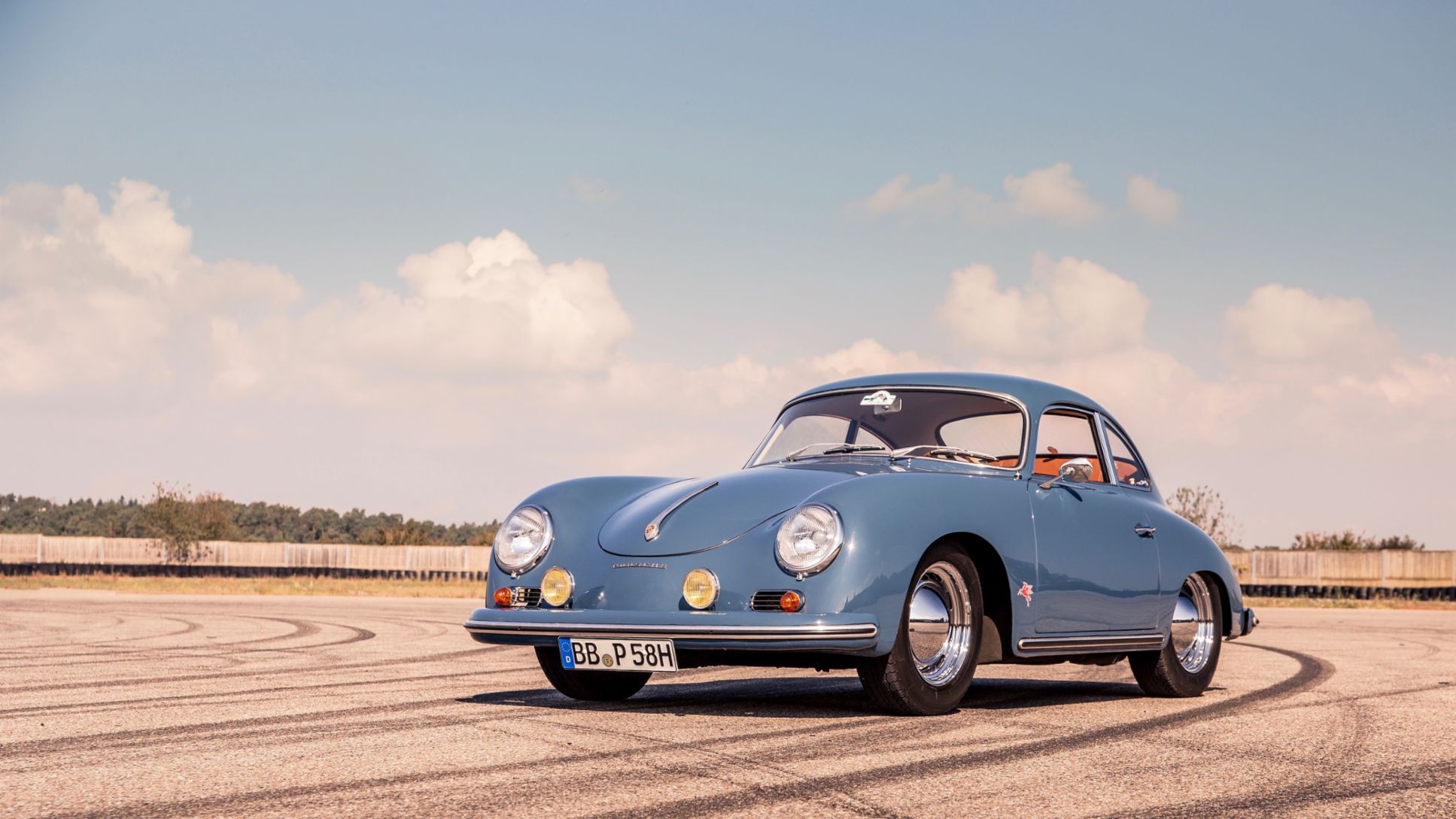 Feeling the fever inside Porsche’s most exclusive owners’ club.

Warm autumn sun takes the edge off an early Saturday morning in Weissach. Outside the gates of Porsche’s near-mythical development centre northwest of Stuttgart, the sleepy Böblingen air is disturbed only by a distant but distinctive thrum.

Climbing the hill out of town, a small convoy of air-cooled 911s is weaving its way towards the entrance. The sound grows from murmur to burble, from burble to bellow as an early ‘S’, a G-Series Turbo and stripped out 964 RS round the corner and pull up here and there before the barriers. Their drivers clamber out smiling, shaking hands, embracing. Wives and bleary-eyed children emerge into the sun, gazing out at the spectacular view over Weissach and the surrounding countryside.

Scarcely have their engines fallen silent before the sound is redoubled. More cars appear: an immaculate 356 A, an delphi green 914, a black-on-black 993 Cabriolet.

The numbers swell as a sea of period paintjobs creates a technicolour welcome mat over Weissach’s drab concrete forecourt.

The cars begin to double park along the fence line, edging up towards the main road and out of sight over the hill. The sound is constant now, a deep, insistent background rumble, occasionally punctuated by a sharp bark of throttle.

This is Freunde Luftgekühlter Boxermotoren, friends of the air-cooled engine, or FLB for short. Unpublicised, and under the radar, this is perhaps the most exclusive Porsche club in existence. And today, the tribe has been invited.

The goal: preserving and celebrating the air-cooled boxer

Created some seven years ago to preserve and celebrate the air-cooled boxer in all its forms, the FLB is the Porsche club you’ve never heard of, open only to current and former employees of Porsche -publicity shy, low key and quietly determined to stay that way.

Today is the principle 2017 meeting, where a full 80 privately owned cars of every description will assemble at Weissach for a day of mutual air-cooled adoration, spirited driving and later, beer.

In the nick of time the barriers are raised and security waves the expanding throng inside the hallowed turf of Porsche Motorsport and its GT division, the founding ground for every one of the marque’s myriad racing successes since the early 1960s.

Hot laps on the test track

First item on today’s agenda – hot laps on the test track. After a welcome speech and safety briefing, the cars line up and head out in tight groups of six, tailing each other through the first sharp right hander and disappearing out of sight. For many employees this will be the first chance to drive the legendary closed circuit, and to explore the limits of their own car around its de facto spiritual home. Engines roar towards their limiters on the short straight and exhausts pop on the overrun as brakes are tested to their differing limits. The cloudless day creates ideal track conditions, cars and drivers each finding a perfect pace to suit the 40-year spectrum of available performance and technology.

When the hot laps are over the groups head across to the vast, circular skid pan, assembling for FLB’s annual air-cooled selfie. A reflection of the unifying and unpretentious nature of the club, the cars line up at random, differing decades, condition and value having no bearing.

Old friends mill about between the cars, catching up, swapping stories, admiring subtle modifications and fastidious restorations in equal measure.

After the obligatory drone shots of this remarkable moment at the nerve centre of Porsche performance, the engines fire into life again in virtual unison. Distant wooded hillsides rebound a wall of sound as all 80 cars file back out of the facility and on towards the Black Forest.

From here it’s a carefully planned route through some of the best driving roads in southern Germany, returning in the early evening to the secretive HQ of FLB.

A few hours later the tribe has tracked down Oliver Berg and Bernd Stadler, the busy and energetic President and Vice President of FLB. The club was created by them over lunch in a local café, when Oliver observed that for all the highly organized sports and leisure clubs within Porsche AG, there was nothing official that represented perhaps its most important ongoing pastime.

The friends of the air-cooled engine were quick to emerge, Bernd explains, with the club growing rapidly from a small hardcore of existing enthusiasts to nearly 600 members today. All of whom, he stresses, either work at Porsche or are former employees. And many of whom own an air-cooled car that can trace its origins right back to Porsche’s original pre-war boxer concept.

Oliver has left his aircooled Porsches at home, and chosen to arrive at Weissach this morning – two-and-a-half-year-old son in tow – in a viper green, chopped and heavily modded VW Beetle, complete with tiny deep-dish steering wheel and the sort of rear rubber normally preserved for dragsters. To a greater degree, it seems, it’s not what you’ve got but what you want to do with it.

In the vast warehouse space the club calls home, at the end of a residential street in Weissach, the setting sun floods cavernous rooms with amber light. Concealed beneath fitted Porsche car covers, a number of secretive works-in-progress sit side-by-side in what has become FLB’s very own workshop, rented from the town to give clubs members a shared space to work on their cars.

Disassembled engines rest on stands next to handwritten sheet notes and photocopied manuals. Alongside the shrouded shapes of various 911s sits the stripped-down carcass of an early VW Camper, rust rubbed back to bare metal awaiting primer and paint.

Bernd explains that Porsche supplies old tooling where it can but that the members, who fund the FLB entirely with their own donations, do the rest. Downstairs is a club room where they all meet once a month, and four times a year are visited by luminaries in the Porsche family such as Magnus Walker and Herbert Linge – himself a founding member - for informative, informal talks.

There is a well-stocked bar behind which Bernd works tirelessly that evening, leading outside to a car park now replete with classic 911s and thick with smoke from a barbecue.

The shared passion is their sole incentive

Looking up at this anonymous concrete building from the darkening yard outside, as music drifts out from the bar where some of the most significant players in Porsche’s evolution over the last 30 years are sitting on sofas eating burgers off their knees and drinking local beer from the bottle, the Freunde Luftgekühlter Boxermotoren begins to reveal its identity.

Tucked away in this quiet local backstreet, with zero fanfare and a shared passion their sole incentive, members young and old tinker and toil together, senior figures of Porsche’s past passing on their air-cooled expertise to the next generation of enthusiasts. And not just the knowledge, but the spirit that comes with it.

There is something compelling, even addictive, about the air-cooled culture, and once inside, it’s hard to imagine ever wanting to leave.