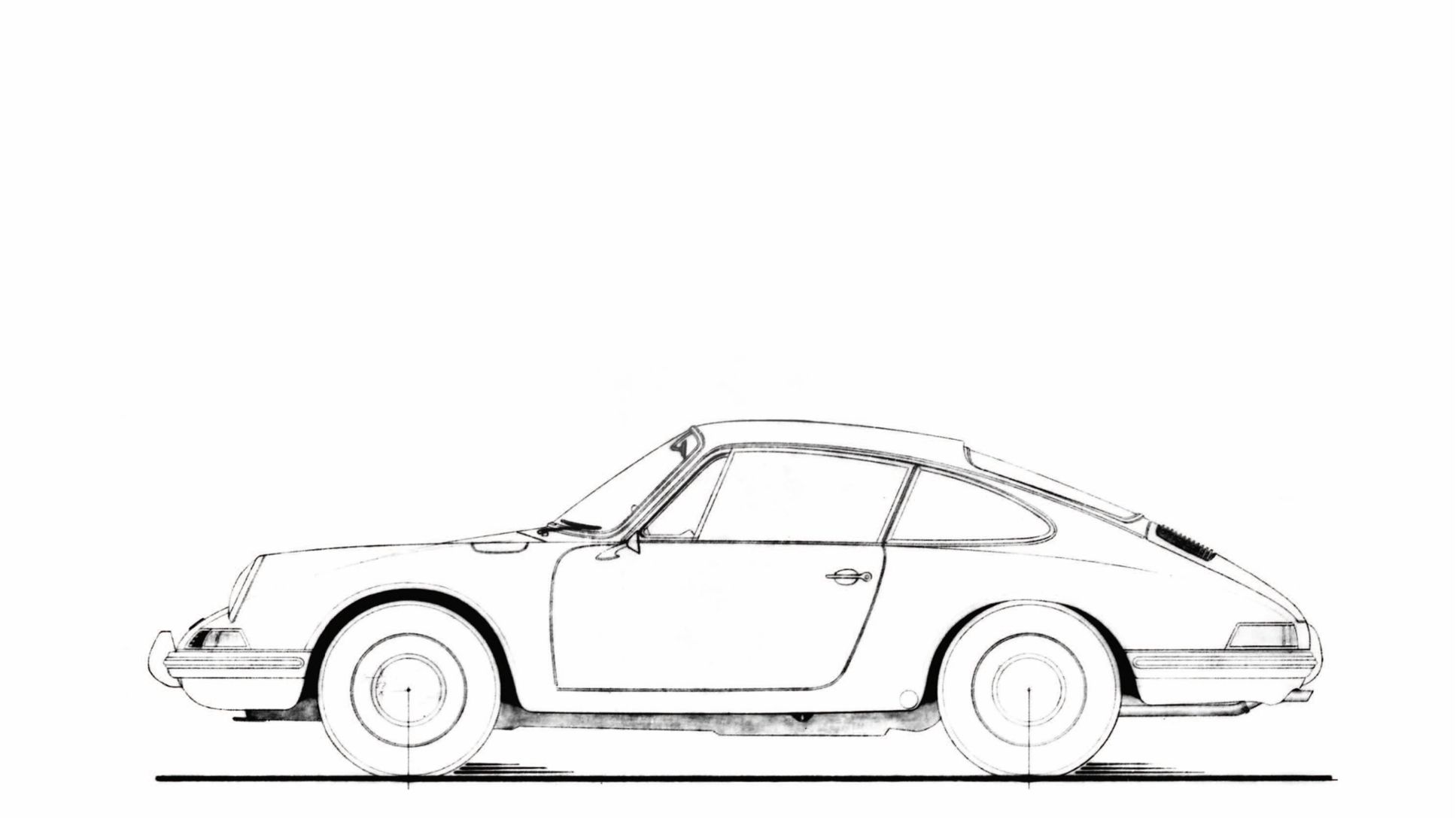 Next week Porsche will present the new 911 at the International Motor Show in Frankfurt (IAA). A good 50 years previously, when it was first presented in Frankfurt on 12 September 1963, it had a different name: 901.

French carmaker Peugeot objected to Porsche using any three-digit number where the middle number was 0, asserting ownership of the naming rights. So, Porsche simply replaced the middle 0 with a 1 upon its market launch in 1964, the birth hour of the Nine Eleven.

It took six years to develop the 901 until it was finally ready to enter the big IAA stage. After all, Porsche had to present a worthy successor of the 356, which was a real crowd pleaser at the time. Ferry Porsche demanded: more interior space, more output, lower production costs. And yet it was supposed to be a true Porsche.

A lot was done to the design in particular. The silhouette, which is legendary to this day, is owed to Ferdinand Alexander Porsche. He joined Porsche in 1957 after giving up his studies at Ulm School of Design during the first semester already. The 901 was the fourth car designed by Ferdinand Alexander. And it became an icon straightaway – a car for eternity

Only two EMERGENCY SEATS as back seats: the car was supposed to be a sports car, not a family car

Ferry Porsche put his foot down: he increased the WHEELBASE to 87 inches