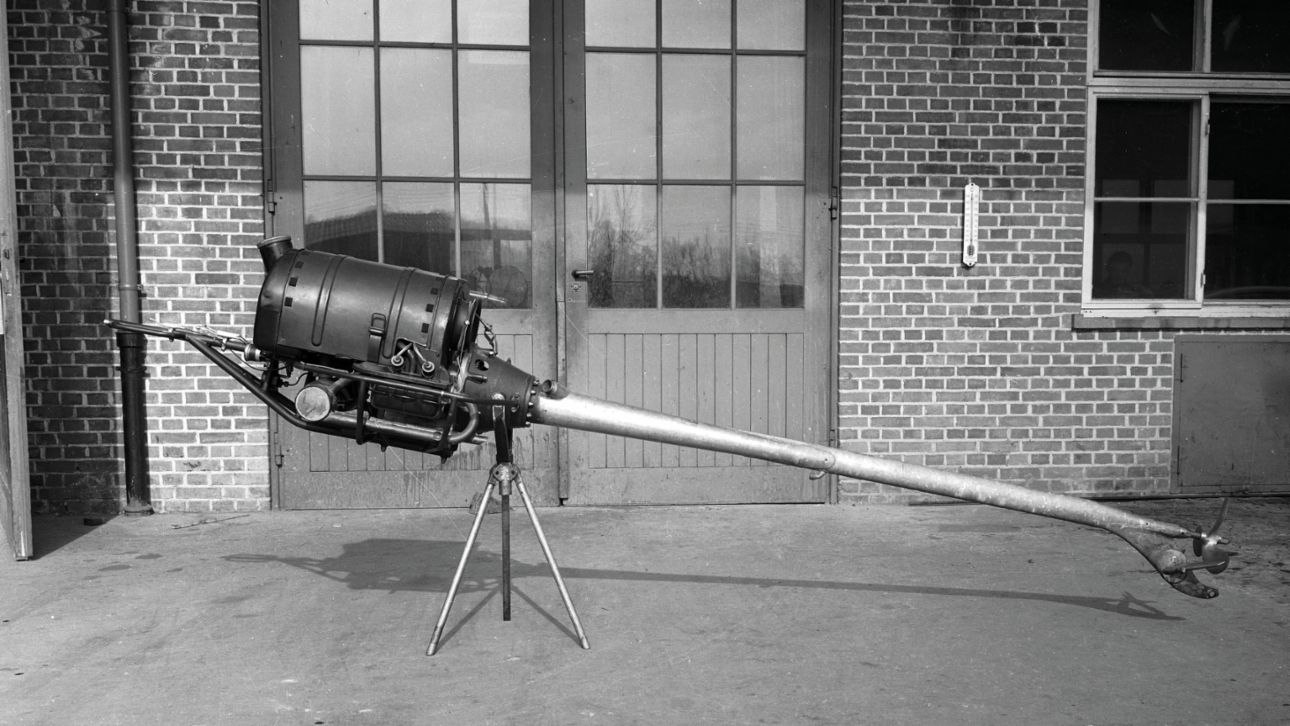 The design number 367 can be seen as a mystic machine in the history of the brand. The Gmünd 356 models already almost received a “genuine” Porsche engine. The No. 367 was the result of an extended evolutionary process.

The birth of the first Porsche was decisively influenced by two factors: unbounded willpower and an economy of short supply. The initial years after the war were difficult for the design office that had moved from Stuttgart to Gmünd. The company kept itself afloat with development and production of agricultural equipment such as cable winches and mowing fingers. Archive pictures from the time still allow us to gain an impression today of how courageous it must have been during the first post-war years for the company to even think of building its own sports car.

The engine question. The form of the Porsche 356 was decided on relatively quickly, but the engine for it remained under discussion for a long time in the Porsche team.

But the young Ferry Porsche had not given up on the ambitious plans from the days before the war by any means. The Berlin-Rome car Type 64 based on the KdF car can be seen as the first sketch of Porsche sports car, and many elements of Erwin Komenda’s Type 64 design can be found again in the 356. The answer to the engine question was less clear. The starting point for all considerations was that the power of a Porsche naturally had to better that of the Beetle. For the Type 64, 35 PS was obtained from the one-litre boxer engine instead of the original 22 PS. But the Type 114 was already on the drawing board in 1938: this had a water-cooled 1.5 l V10 twin overhead camshaft engine in a mid-engine layout. The 72 PS engine in combination with an extremely aerodynamic body similar to the Berlin-Rome car would have made the Type 114 a super sports car of the time, ideal for driving at high speed on the first sections of the German motorways. However, the start of the war brought an abrupt end to the ambitious plans, and the Type 114 never left the drawing board of the Stuttgart design office – what a shame!

But even in the war economy, there was still a requirement for a more powerful KdF engine. The air-cooled four-cylinder boxer engine proved to be extremely robust and reliable and was to be pepped up for use in assault boats, among other things. Practically all possibilities for increasing power were evaluated under design numbers 115, 170, 171 and 174: more displacement, larger valves, turbocharging, hemispherical cylinder heads, overhead camshafts and even a valveless variant.

When it came to designing the drive for the first Porsche, the Gmünd-based team was therefore able to call on plenty of ideas and design drawings. The Type 115 boxer engine thus had two overhead camshafts and featured forced induction via a Roots-type compressor. However, series production of the complex engine seemed utopian in the post-war economy of short supply. The team therefore looked for simpler ways forward, without losing sight of the self-defined goal of achieving an increase in power of more than 100 percent compared with the first post-war Beetle with 24.5 PS. The easiest solution was chosen for the Type 366: based on a series production engine with a displacement of 1,131 cm³, a Solex 26 VFI carburettor was used for each cylinder bank. Together with an increase in compression from 5.8:1 to 7:1, the engine produced a continuous output of 34 PS at 3,500 rpm and a peak value of 40 PS at 4,000 rpm. However, this relatively simple solution did not achieve the desired performance goal.

A further, much more radical attempt was therefore made with the Type 367. A series production engine block from 1944 was used for this which was equipped with significantly revamped cylinder heads. The V-position of the vertically arranged valves permitted larger diameters for better gas throughput and a more favourable combustion chamber shape. In addition, a sharper camshaft was used together with a reinforced, three-part valve train and a polished crankshaft. Hand-turned cylinders with dry bushings and smaller pistons ensured that the engine remained under the class limit of 1,100 cm³ which applied for motor sports. There is no information in the documentation about the exact power output, but it can be assumed that the high level of design complexity meant that the power target of 50 PS was easily exceeded. The design number and dates of preserved design drawings (“Bonnet cooling for engine Type 367” on 22 June 1949) indicate that engine development took place parallel to the 356, but was finally discarded once more. This is probably due to the fact that the significantly higher production complexity could not be realised under the conditions in Gmünd.

In addition, the service requirement would have been enormous, which again contradicted the principle that the first Porsche should be absolutely suitable for everyday use and require modest maintenance. The early aluminium 356 models from the Carinthia-based production were mainly equipped with revitalised engines from Beetles and Kübelwagen that were fitted with two carburettors. With the move to Stuttgart, the Type 369 was then used. This represented an inexpensive compromise between the 366 and 367, combining the V-shaped valve layout with one cylinder head per side. With a capacity of 1,086 cm³, this engine also remained below the 1,100-cm³ limit, but even “only” 40 PS at 4,000 rpm would be sufficient right away for countless class victories of 356 drivers.

Eight of these high-power cylinder heads apparently existed in Gmünd. What is certain is that at least two engines with this top technology were built in the first years after the war. One unit went into test operation in Gmünd, but was quickly forgotten after the decision against the Type 367. The VW design engineer Gustav Vogelsang built a second engine for the record car of Petermax Müller, which can be seen today in the Prototyp car museum in Hamburg. A third engine built from spare parts apparently also exists in a German private collection. The post-war economy of short supply also meant that no time was wasted with ballast. In the summer of 1950, series production of the 356 was already up and running when Ferry Porsche’s cousin Herbert Kaes in Salzburg received a letter from Otto Mathé. The Tyrolean race driver had already bought the Berlin-Rome car the year before and was racing it successfully. He now asked if he could also purchase the “Vogelsang” engine. The positive response came a few days later: the engine was to cost 9,000 schillings, corresponding to around 1,500 German marks. For comparison: the first Stuttgart 356 models cost DM 9,950 at the time.

Without doubt: the Type 367 would have been a worthy first Porsche engine, but Ferry Porsche’s decision in favour of a simpler design was correct in view of the post-war situation.

In the first years after the war, Otto Mathé was the race driver to be beaten, at least in the Austrian and Bavarian region – and the “Supersport” engine undoubtedly contributed to these successes. It can also be said with some certainty that the Type 367 was used at least sometimes in the Berlin-Rome car. This is indicated by subsequent cutouts made in the body that were probably for this purpose. With the end of the motor sports career of Otto Mathé, the mystic machine was forgotten again. The unattractive object was stored completely ignored in a barn for more than 30 years. There was probably a certain amount of luck involved that the Type 367 did not land on the scrap heap, because only absolute experts are able to distinguish the sophistic “Supersport” from a normal Beetle engine.

After the death of Otto Mathé in 1995, the Berlin-Rome car and the Type 367 therefore went their separate ways again. The engine went to an Austrian collector, who had the one-off restored with loving detail. Today, the unique engine among the many other Porsche engines has found its permanent place in an important collection. The engine is in the best of health and can also be heard on the internet (YouTube search: Projekt 367).

Stories beyond the asphalt: The Nürburgring is their life

Revered, feared: the Nürburgring. It has been a characteristic feature of the Eifel and its people for over 90 years.