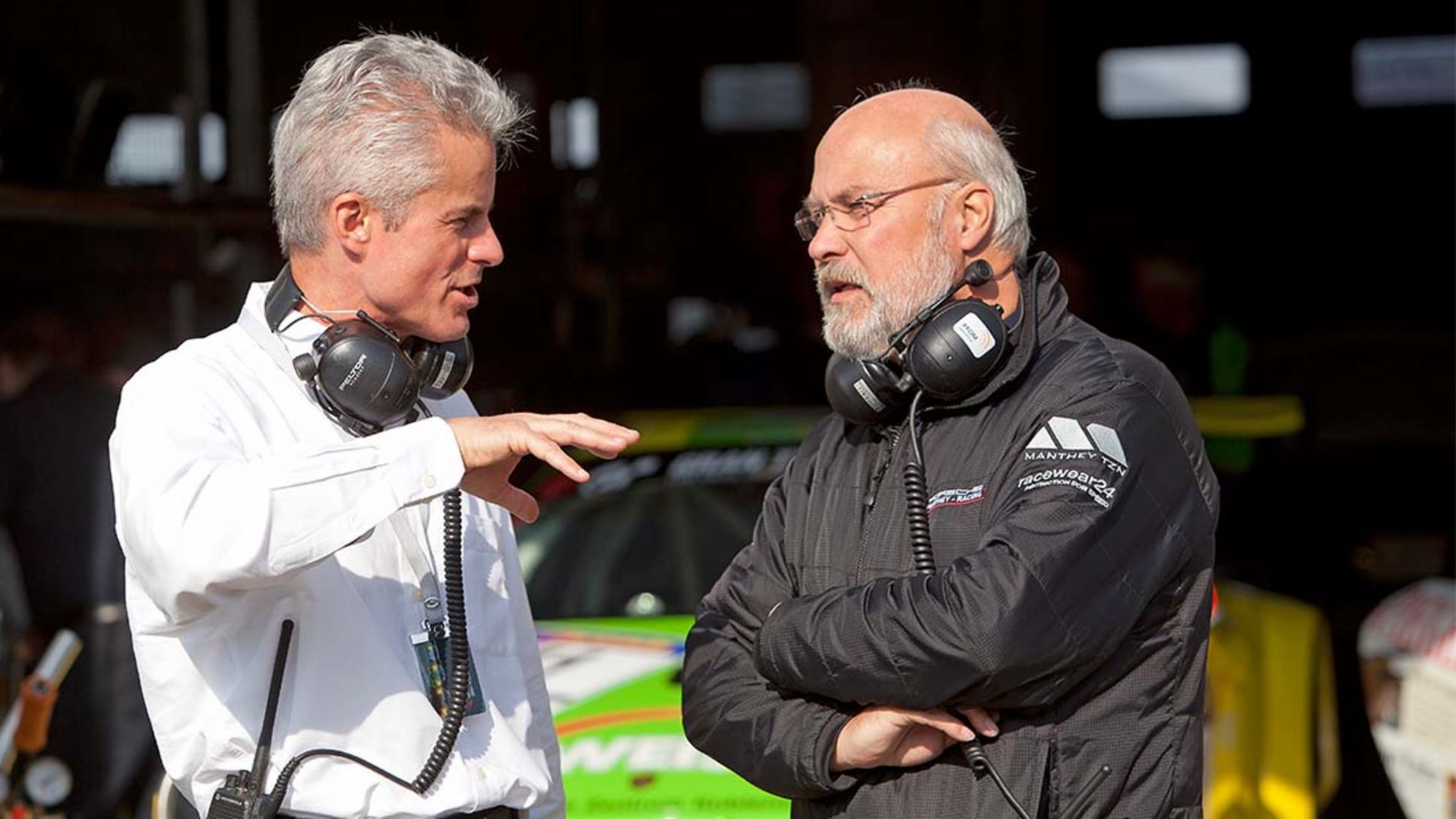 Eberhard Weiblen, Head of Porsche Consulting, wanted to find out from the team owner Olaf Manthey just how flexible and robust a good strategy has to be in extreme condition.

Four porsche GT3s are at the eye of a storm of activity. New brakes are mounted, technicians pains-takingly inspect the engine com-partment. It’s crowded, loud, and hectic. There’s just an hour to go before the start of the eighth race of the VLN Endurance champion-ship Nürburgring. In the middle of it all stands a man of stately stature, the very picture of calm. Olaf Manthey, 56, head of Manthey-Racing, is a specialist in driving, developing, and managing porsche race cars on the motor racing circuit. A giant in the racing world.

Amidst the hubbub, he greets Eberhard Weiblen, president and CEO of porsche con-sulting. He has come to the race as a guest. The two men quickly strike up a conversation. Weiblen wants to know whether Manthey has developed a strategy for the race and how he ensures that it will be carried out by the drivers. Manthey smiles. “Of course I have a strategy that I explained to the drivers and mechanics the night before,” he says. No, he hadn’t written it down. Nor was there any dis-cussion. His people trust him; he’s the boss.

Manthey: “We have to be different than the others"

The course has been set, and everyone knows what to do. Yet adjustments are required throughout the race—pit stops, tire changes, refueling. The team has to keep an eye on the competition as well as telemetry data such as rpms, tire pressure, or oil pressure that pops up on the laptop. Not to mention the weather. Manthey: “We have to be different than the others, react quickly, and anti-cyclically. And we have to have an ace in the hole.”

Weiblen is surprised that Manthey doesn’t write down his strategy. And he would always discuss it in detail with all involved parties. but otherwise, he sees many parallels with his company and the ones that porsche con-sulting advises. Every company needs a strat-egy, he says. It has to know where it’s going and what its identity is. That’s the basis: the solid foundation.

But it also has to be able to make adjust-ments at any time. “It’s the same for us,” says Weiblen. “We also need ‘real-time control’ for sudden changes. Yet many companies lack this capability; they’r-e of the -ness operations is the key to success, says Weiblen—for Manthey-Racing or any other company.

Text first published in "Porsche Consulting: The magazine", No. 11